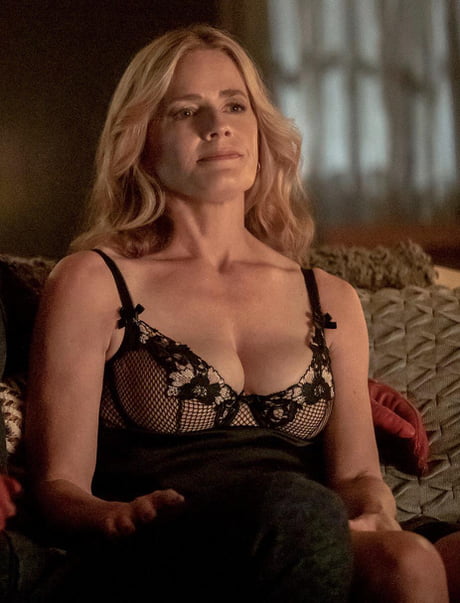 The rest of the 80s saw Elisabeth get busy with things like starring in Back to the Future movies so the nudity calmed down a bit, but in 1995 the heat got turned up as Shue played a prostitute in “Leaving Las Vegas.” Alongside Nicholas Cage, Elisabeth Shue gave us her hottest performance yet here. While the previous two scenes were basic nude and sex scenes, here we see her get out of a pool, on top of Cage, then taker her boobs out and pour liquor on them for Cage to lick off. This was by far Elisabeth’s most gratuitous topless scene yet, with the camera up close on her nipples. Oh, by the way, Elisabeth Shue received an Academy Award nomination for Best Actress for this role – proving once again, showing boob equals success:

Next up its 1996 and Elisabeth is moving on to a mom role in “The Trigger Effect,” but she’s in a see-through bra and getting her man’s attention by pulling her bra down and fondling her tit: