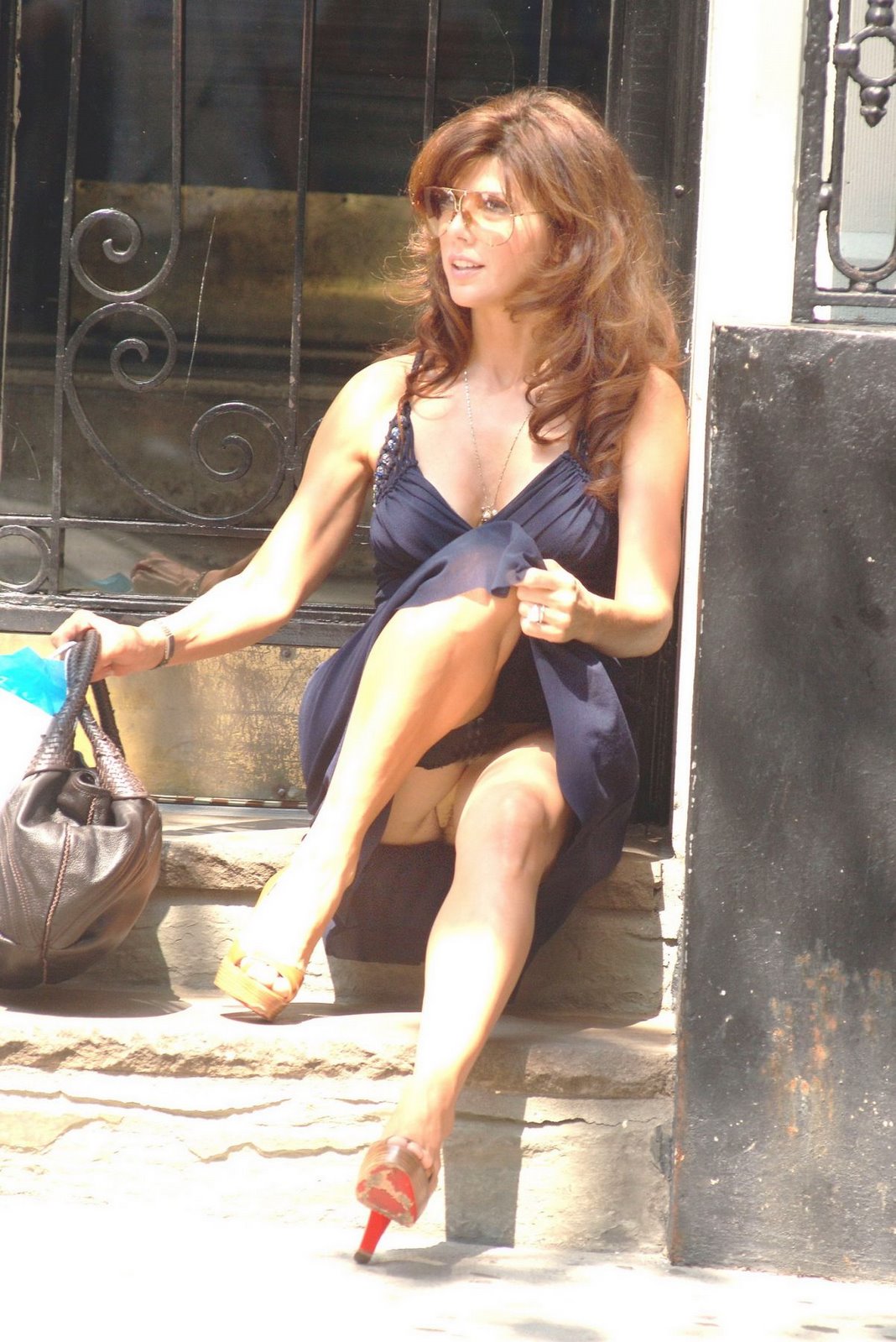 Gotta love this…Marisa Tomei has obviously decided that taking it all off is suddenly OK after all these years of movie making. She first went topless in Factotum with Matt Dillon, and she obviously didn’t mind it since in “Before the Devil Knows You’re Dead,” she shows her boobs even longer and even shows her ass in a thong.

Well she waited until she was 40 to make this decision, but when you’re 40 and you’ve remained hot, hey we have no problem with it.  Take a look at these caps, which are sadly not the best quality, but it’s all we could get our hands on so far, but we’ve added a few great upskirt shots from the set of this movie when it was being made. When great upskirts are produced while the movie is just being FILMED, you know it has to produce good things. And now on to ALL Marisa’s goods:

**UPDATE** We now have video of both Marisa Tomei’s Topless scene, and her raunchy doggy style sex scene from Before the Devil Knows You’re Dead. Check them out at: Marisa Tomei Nude Sex Scene Video.

And check out even MORE revealing Marisa Tomei pics at Marisa Tomei’s bio, nudity review, pics and clips at MrSkin.com!