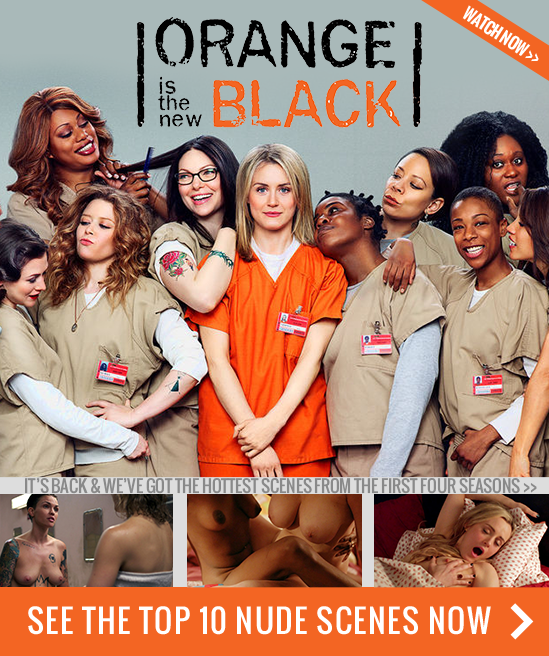 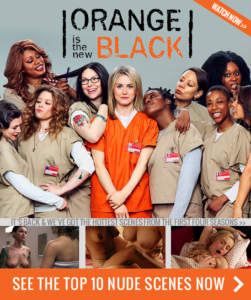 Netflix’s hit series “Orange Is the New Black has a huge following and is one of the most talked-about shows out there – sure there’s a great story and all, but of course, it has us watching because of the great amount of nudity!  We should have known a show about women in prison that isn’t restricted by being on a network was going to mean a lot of nudity and girl-on-girl sex. Today we’re looking at the hottest nude scenes from the first four seasons of the show.

Trying to pick the 10 hottest nude scenes from a show that is packed with everything from girls showing together to hooking up in various locations, and even the casual nude conversation between ladies – this show is where it’s at if you want to see mostly female nudity. Obviously, star Taylor Schilling made the list as she’s been on every episode and naked often, but also names like Ruby Rose long time favorite Laura Prepon have made the list; take a look and see if these OITNB nude scenes match up with your personal favorites:

So there you have it, Orange Is the New Black at its naked best. Do you feel there is a nude scene from the show that should have made the list? One thing is for sure, with the show’s popularity, it is sure to keep on with many more seasons, and we know if any more big names pop up on the show, they will likely have to get naked because it’s another show like Game of Thrones that has set a new standard for TV nudity.