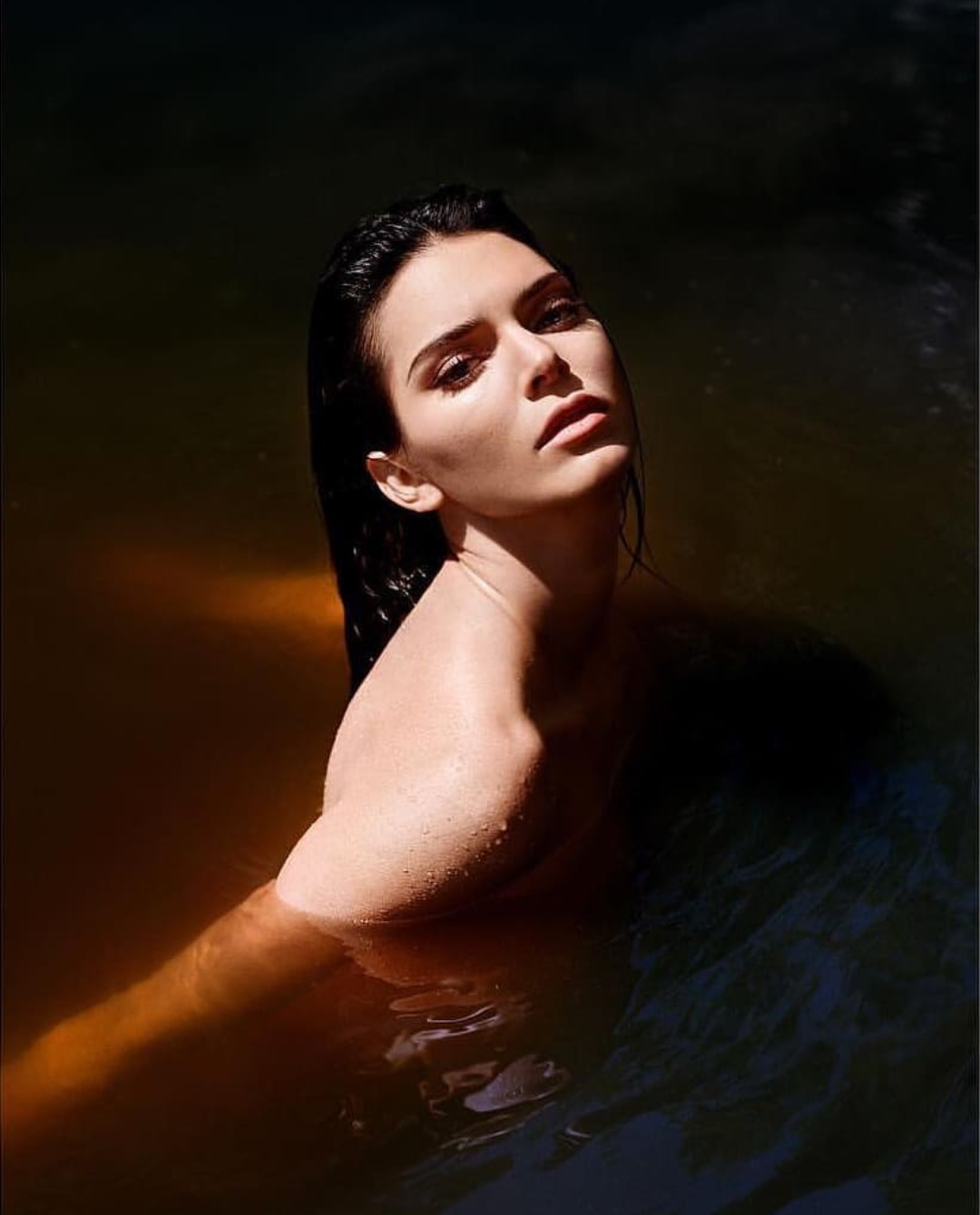 The Kardashian sisters are pretty much an institution here at NSFW Celebs; as Barbara Walters once asked them: “What do you do that makes you famous?” That question still doesn’t have much of an answer, but when it comes to actual jobs, we can say Kendall Jenner is a legitimate model.

We of course view the Kardashians as famous because Kim gave them the gift of her legendary sex tape, and we still of course care any time one of the sisters get naked. When the Kardashians started dominating TV 10 years ago, Kendall and Kylie Jenner weren’t near old enough to follow in the other sisters footsteps, but as soon as they were of-age, they jumped right in to the skin show. We’ve posted on Kylie showing her ass any chance she gets, but Kendall really has put in the work and has a unique look that thrust her into the modeling world.

Even though Kendall Jenner has shown some skin over the past couple of years, we’ve been waiting for the moment where she really gave us a clear quality shot of the goods, and now we have it thanks to Love Magazine. The shoot features Kendall fully topless in numerous shot, thus proving she wasn’t lying when she once stated that she “loved having her tits out.”

These photos are awesome for anyone that’s been waiting to see Kendall Jenner completely topless, and if that’s not enough for you, there is also a video of Kendall showing off her bare boobs. These photos are a real departure from the usual Kardashian chatter about which of their body parts are real or fake etc. Kendall Jenner is a top-notch model and these topless photos only prove it further: