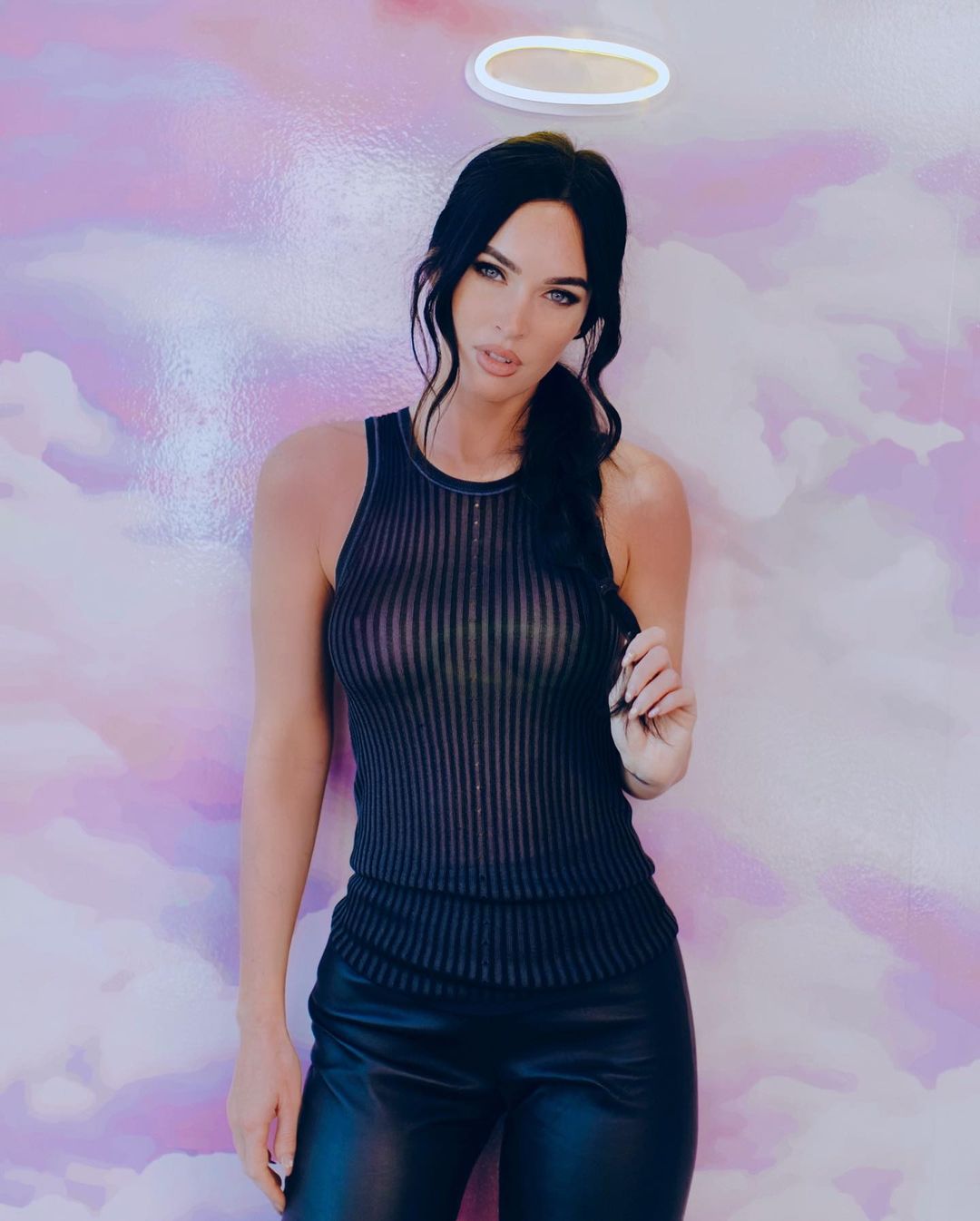 Many years ago when we first started this site, if there was one name we would have said that was THE hot celebrity that everyone wanted to see naked the most, we would have almost surely said, Megan Fox. At the time she had only been in a few movies but was already the “IT” girl; she had the look and the body and it was to the point that no one really cared about how good or bad her acting was.

Being she wasn’t winning any acting awards, it seemed like the door would be open for some Megan Fox nude scenes or even a big-money offer to get naked for a magazine like Playboy. Somehow, someway, none of that really happened. All we got over the years were sexy underwear scenes, some implied nudity, a lesbian make-out scene, but no real nudity. Fox went on to get married to Brian Austin Green and have three kids, and her name was mostly coming up in recent years when it came to gossip over her divorcing and then dating Machine Gun Kelly.

So ALL of this makes today’s post pretty much out of nowhere since Megan Fox decided it was time to post pics with her boobs nearly completely visible, on Instagram of all places. Fox is wearing a sheer top with her boobs and nipples on display, with a cryptic message “a case of mistaken identity” written upside down.

Was this post a way to promote something? Was it just a reminder that she knows we still want to see her tits in 2021? It did get people talking (because boobs) but not everyone is excited as they would have been in say 2007. Some people believe Fox has had cosmetic surgery and a boob job since her glory days and aren’t as accepting as some of us. Our take? It’s never too late to get naked and show your tits, especially if your name is Megan Fox.

Check out Megan Fox’s Instagram post below and decide what message her tits are giving you; hopefully, she’s not giving Instagram the message that this should be taken down due to showing all this boob: