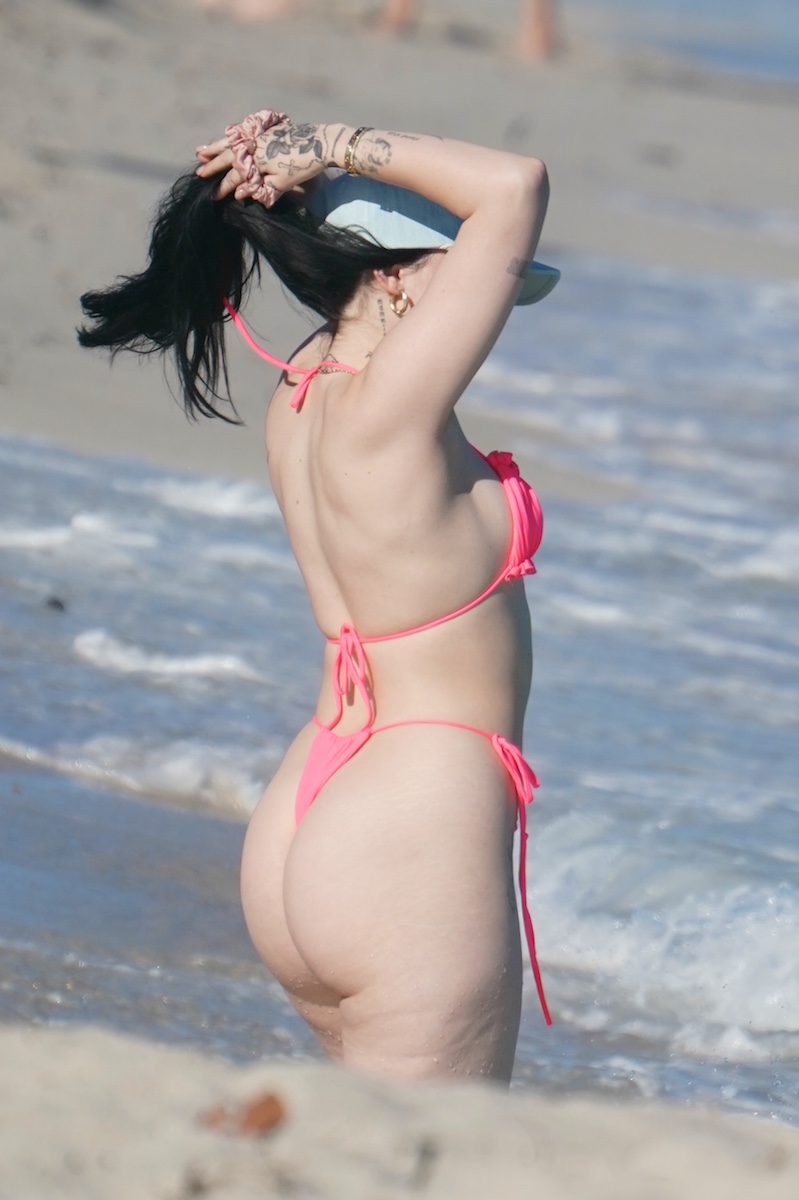 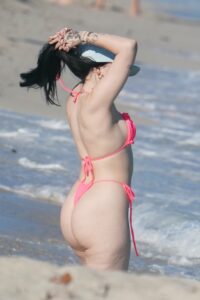 We are really feeling a bit generational as 2022 kicks off and for good reason. In our first post of the year, we talked about Maya Hawke (Uma Thurman’s 23-year-old daughter) going topless in front of her mom and brother at the beach, and now we have more family tradition carrying on as Noah Cyrus, the youngest sister of NSFW icon Miley Cyrus, in a barely-there bikini at the beach.

When it comes to Miley Cyrus, it feels like our site has been along for the entire ride so to speak; from breaking from her Disney image and posing for risque pics, to ultimately posing topless, going topless in public at the beach, and even peeing in public as part of her private photo leak – yes we’ve covered all that. So what could 21-year-old Noah Cyrus do to pave her own NSFW path? Stripping down and showing off her body (which is much more filled out than her older sister) will definitely help her cause.

We’ve heard it for years any time Miley comes up on our social media – “she’s too skinny” “wish she was thick” etc. So along comes Noah Cyrus and one look and it’s clear she’s packing way more ass than her sister ever thought about. It’s also been clear that Noah is following in her big sister’s footsteps for quite a while now, as she posts provocative pics on her social regularly, and even had her own private content leak as video of her getting her nipples pierced surfaced earlier this year.

So is the younger Cyrus sister doing it for you if you felt Miley is just too thin for your taste? If so, it seems like Noah Cyrus will be providing us content for years to come that may even reach the NSFW levels her sister has reached. Check out all the ass Noah Cyrus delivers while hanging out with friends in Miami: