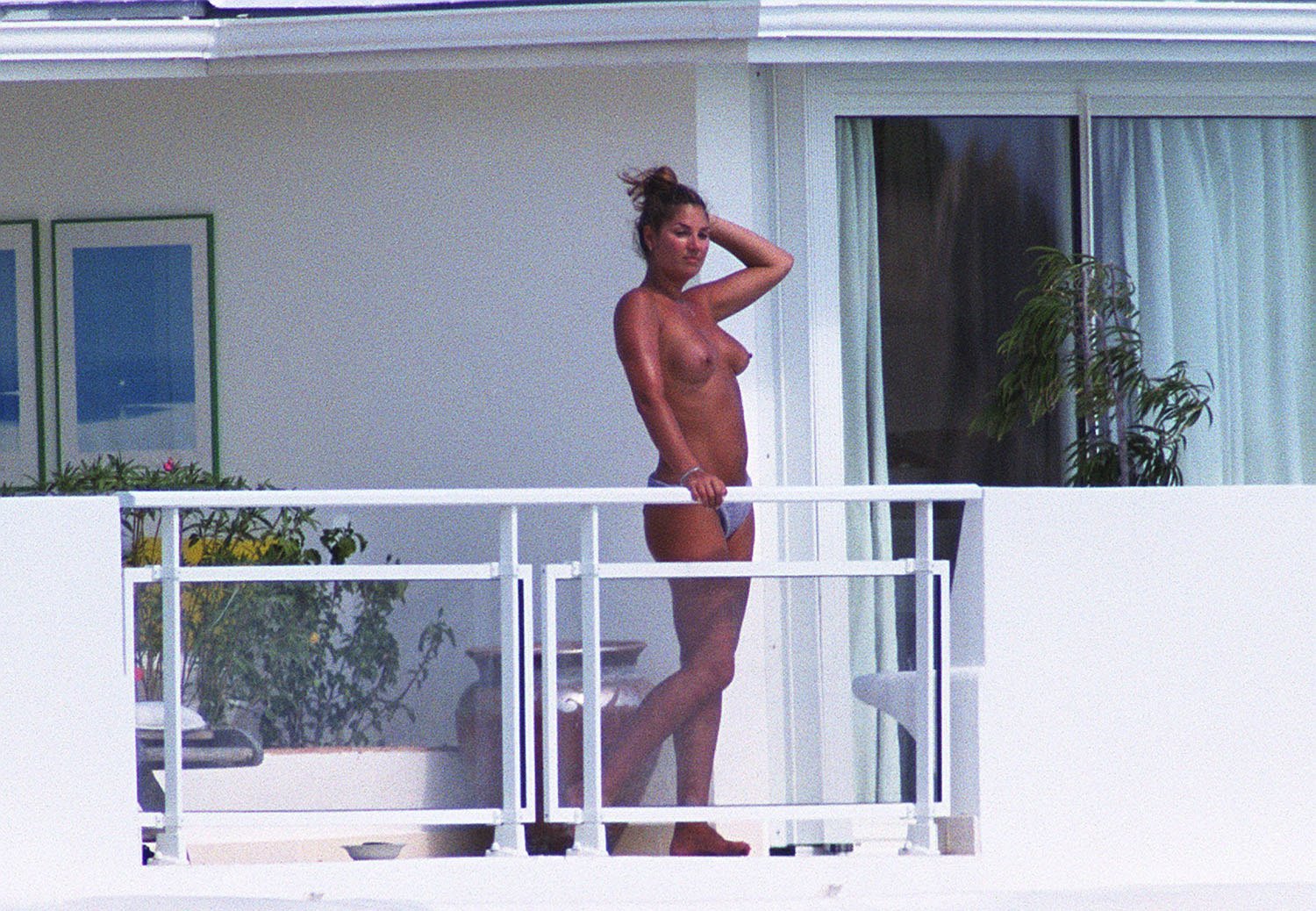 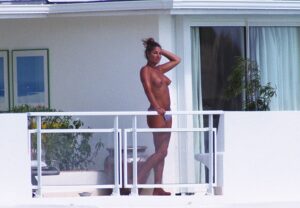 Ah more celebrity news from the beach, and once again it’s St. Barts, a common spot for celebs to let their boobs out for some sun.

Well, Daisy Fuentes had no problem doing so as she freely walked around topless and hit the water topless, and even got frisky with her man topless. Usually, we see celebs looking around to make sure no ones catching them, but Daisy obviously had no problems stripping down as she was roaming with her boobs out in various locations, and obviously she does this often as we saw NO tan lines on those tits.

Daisy is in her 40s now, and the fact that she’s able to still run around on the beach topless, and look good doing it, says a lot.