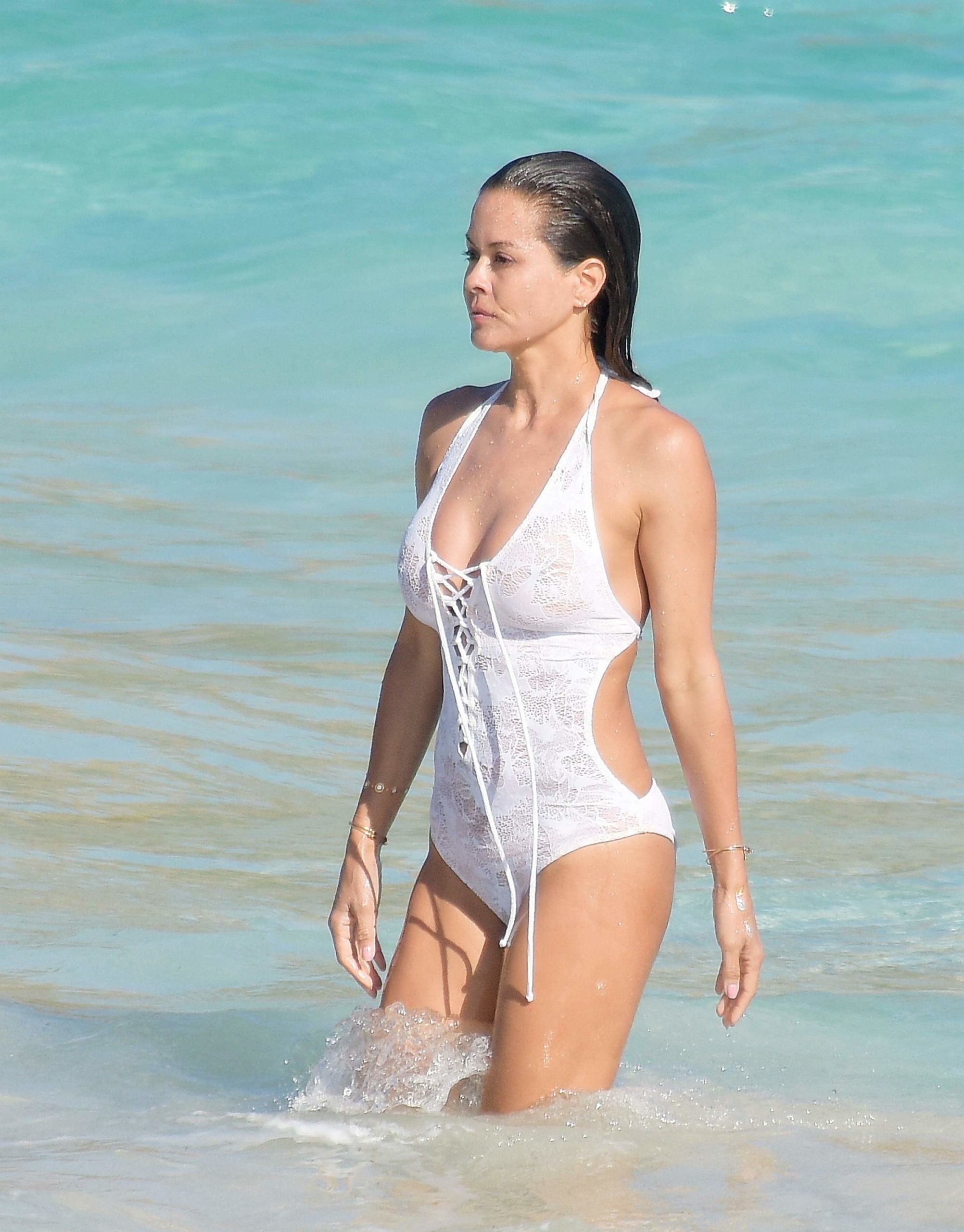 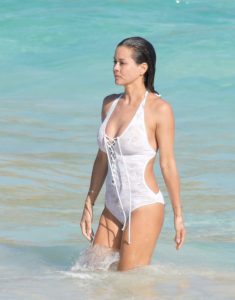 The past few months really have been prime time for the hottest MILFs on the planet to throw tiny bikinis on and show off how hot they really are. We’ve had the likes of Mariah Carey, Hilary Duff, and Fergie hit the beach in bikinis that barely held them in; then there was Heidi Klum who went topless out in the open for all to see, and now Brooke Burke is following Heidi’s lead by being another hot mom that goes topless at the beach.

It all started innocently enough, just Brooke Burke (Burke Charvet now) spending quality time with her husband and kids at the beach; then Brook suddenly decides it’s time to get a full tan and takes the top down on her already see-through one-piece bikini.  Brook isn’t actually topless in the pics with her husband and kids, so it’s unclear if they left or if nudity is just acceptable in their home (which would make it an awesome place to live undoubtedly.)

Brooke Burke was one of the ladies we always wanted to see naked in a movie or show years ago, but somehow she only gave us hints of the goods.  She did pose in Playboy a couple of times but as we’ve mentioned before, there’s just something better about being naked in real-life pictures rather than airbrushed photos Playboy provided.

So what we have here is Brooke Burke topless after deciding it was time to get a boob tan and taking her top down before hitting the ocean; we get some nice topless boob shots that show a 45-year-old mom of four can still have an awesome body.  When Brooke is done using her flotation devices in the water, she comes back to the beach and seems to bury her boobs in the sand (or maybe she was just going for an ass tan.)

It’s not clear if Brooke thought any paparazzi may be catching her topless or not, but the idea doesn’t seem to bother her too much.  We’ve always believed that if guys can go shirtless then women should be able to also, and Brooke Burke proves that even hot moms should feel free at the beach and she looks great doing it: