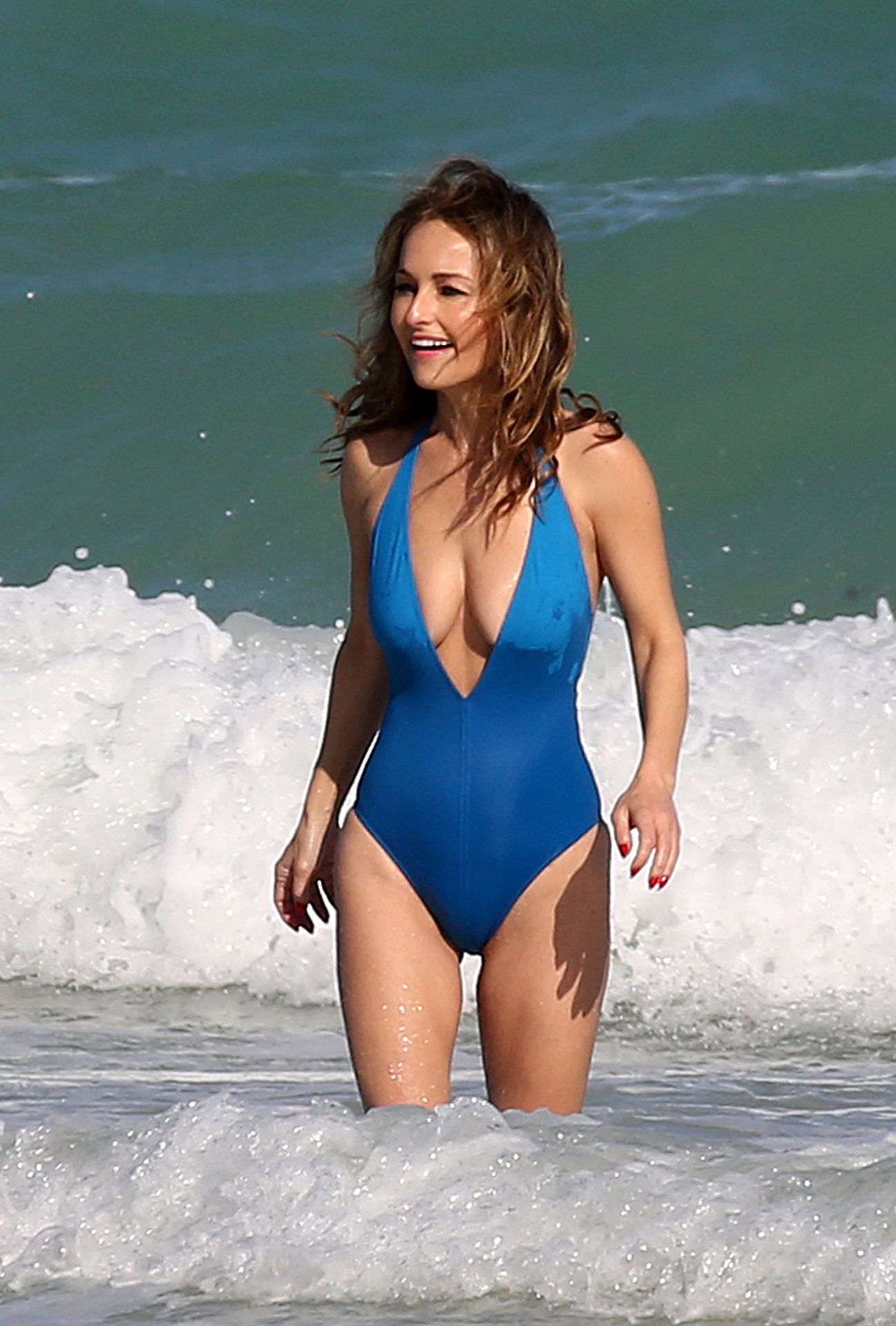 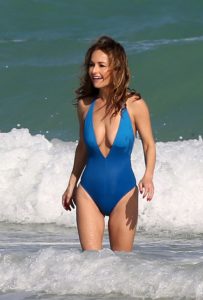 Some posts here on our site are special simply because they feature celebs that we never thought we would see naked in any way. Today’s post is one of those as everyone who has ever dreamed of seeing Food Network star Giada De Laurentiis naked can now say they’ve seen a glimpse.

So what makes seeing any sort of nudity from Giada such a big deal? Likely because she doesn’t portray herself in a sexual way…or at least not on purpose. You see while Giada has been making great-looking food on TV for years, she probably has caught your eye when flipping through channels for a couple of other reasons…namely, her boobs.

Yes, Giada is a queen of making Italian food but the visual of her doing so has captivated many simply because she seemingly doesn’t realize that she has her huge boobs on display in the form of low cut tops on many of her shows. At only 5’2, Giada’s small stature makes for an even more eye-popping experience when it comes to her breasts.

So what this all comes down to is that Giada is now 48, a mom, and doesn’t come across as trying to be overly sexy on TV, so the chances of seeing her naked are pretty much left to either nude leaks (and she has only had unsubstantiated rumors in that department) or some sort of wardrobe malfunction. Today, the latter has come to fruition as Giada has learned that tiny bikinis and big boobs are no match for ocean waves.

Giada’s choice of bikini as she hit the beach in Miami alone is post-worthy as it’s skimpy and shows off her deep cleavage and smooth bikini line (very risque for the seemingly wholesome Giada.) And while Giada’s big natural boobs have always been her trademark, this bathing suit also shows that all of her blessings went to her tits because she really has no ass. Now we don’t hate of course and we’re perfectly accepting of Giada’s flat ass especially since her boobs are basically legendary, and we appreciate that Giada’s tiny bikini still outlines her ass and basically leaves nothing to the imagination in the front OR back.

From the looks of things, Giada was enjoying her time in the ocean but her boobs could not be contained and we finally got a view of her nipples as they popped out of her bikini. Finally seeing her tits and nipples with this kind of detail is such a win, and such a good shot that many online have pointed out that Giada seems to have inverted nipples….or maybe she was just cold? The fact that we can look at photos and debate whether Giada De Laurentiis’ nipples were popped out or not may truly be a one-time-only event.

So check out the shots below of Giada De Laurentiis in a tiny bikini in Miami, complete with nipple slips, ass shots, and probably even some camel toe if you examine many of these photos closely….we definitely will be for a long time to come: