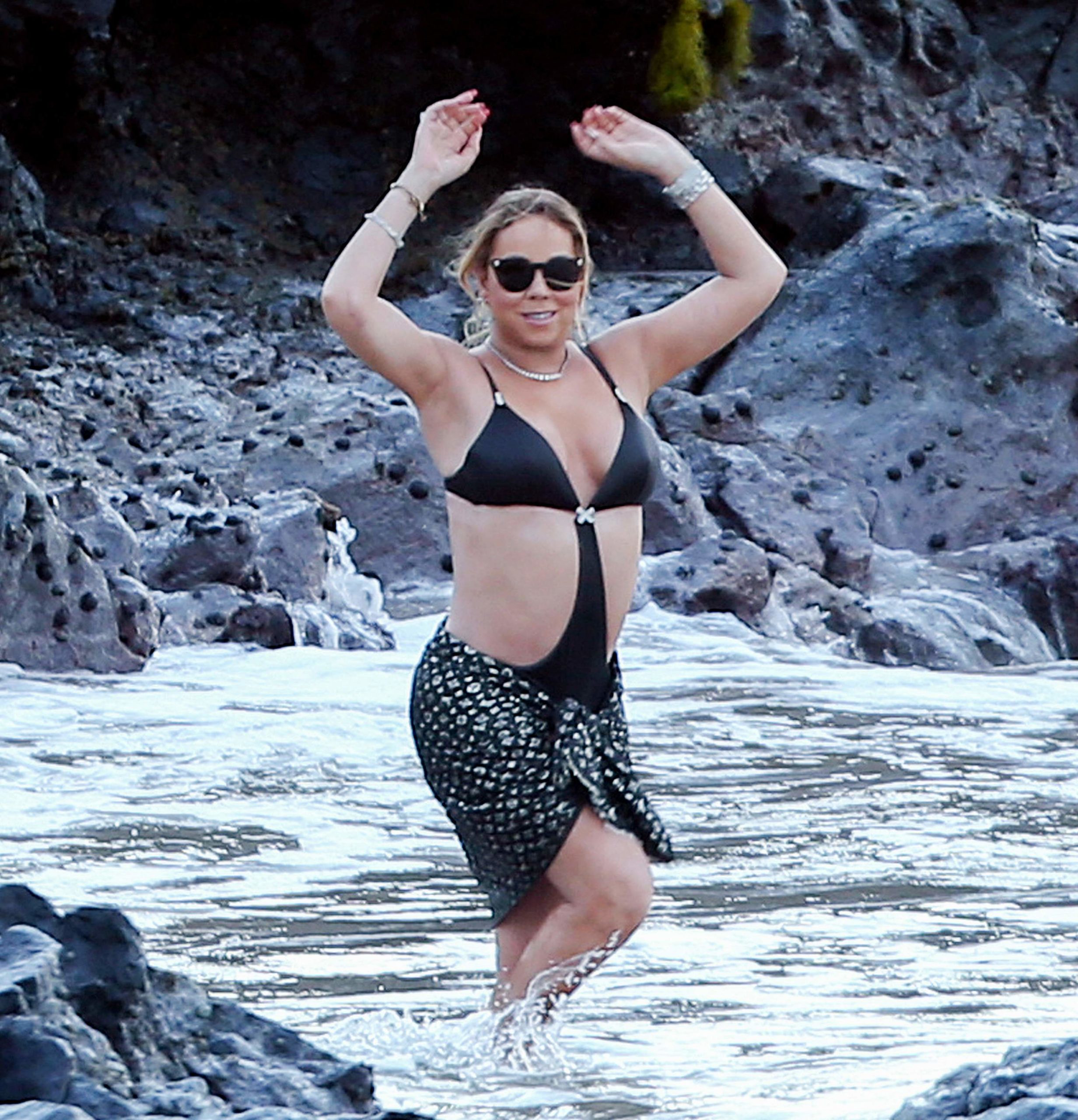 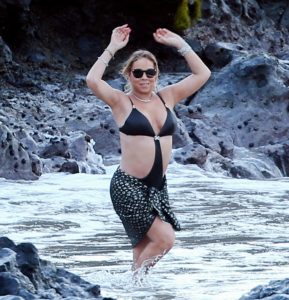 Since around the early 90s, Mariah Carey has seemed to evolve from just a legendary singer to gradually getting sexier over time…in an almost innocent way initially.  Over the years Mariah’s innocently sexy vibe has turned a bit more toward the crazy side – with a couple of divorces and kids, instances of erratic behavior off and on, and of course the legendary film “Glitter” have all added to Mariah’s legacy.  Somewhere along the line, her boobs seemed to grow and became legendary in their own right.

Mariah Carey definitely took on a sexier persona in the mid-90s, and eventually, it became clear that she just wanted the world to know she had big boobs and wasn’t afraid to show them…just not her nipples it seems. So many teases, so many outfits that showed her entire breast, but posing nude or at least showing nipple has somehow been avoided by Ms. Carey; there have been some close calls with an areola slip or a slight blurry nipple slip, but not until now do we finally have a clear view of some Mariah Carey nipple.

It all went down in Hawaii as Mariah hit the beach with her latest fiancé and she finally wasn’t careful enough to make sure her boobs stayed in her top like she has so many times before. Mariah’s boobs looked especially big on this trip and some have speculated that Mariah may even be pregnant again since she was looking a bit big in the middle as well.

It may have been Mariah’s man tossing her around the beach that popped her boob out, as she seems to be walking back from the ocean after their frolic with her nipple exposed.  Mariah has to know that even in her mid-40s, we’ll still look at her boobs and they can still help boost her career any time she wants to show them.

We really don’t care how crazy Mariah Carey gets, but it is definitely time to stop teasing us and just show the goods; maybe at her age, she’s realizing it’s time to show everyone she’s still got it by showing more skin than ever.  Pregnant or not, crazy or not, Mariah Carey’s boobs are hall of famers and have a fandom of their own.  Here they are in what we think is their best display to date: 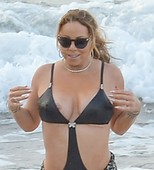 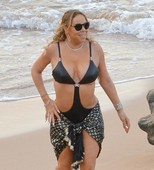 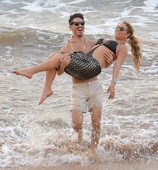