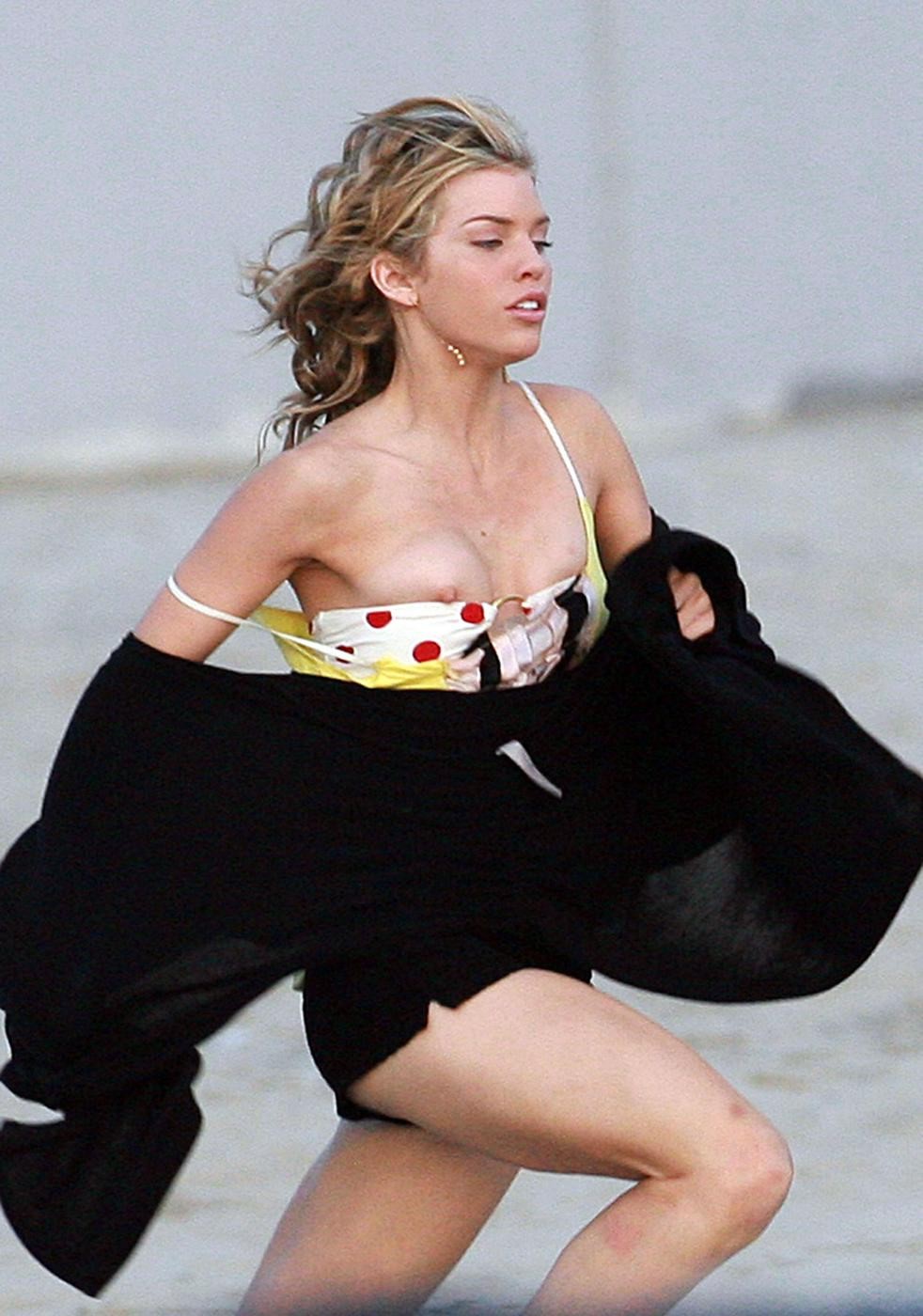 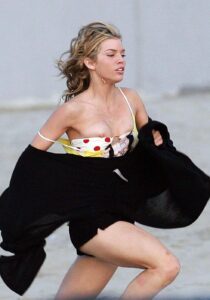 So the new 90210 has been on air for a few months now and it seems to have turned out to be a descent show, so of course the new cast of females on the show are going to be on our radar for some time to come.

The good thing here is just like the original 90210 cast, while the actresses may be portraying 16-17-year-olds, in reality, they’re older which means we can post pics of their boobs, just like our first candidate here, 21-year-old AnnaLynne McCord who plays Naomi Clark on the show.

1 season in, and we’ve already got new 90210 boobs and in this case, it happened while filming a scene for 90210. It seems AnnaLynne was filming a scene that featured running, except for the fact that her tit was exposed and they just let her run and keep on running while her boob stayed out, things like that make us like this show. Apparently, no one bothered to let her know for a good while because we have some multiple angles here and they’re good boob shots, not just a nipple slip, but tit exposed nicely and nipples totally visible.

Whoever got these shots did a great job and always fun to see the bitch character get exposed first, because AnnaLynne’s character Naomi makes no bones that she’s given it up to guys and is pretty willing to again, why not add to it by flashing her boobs around – it adds to the character we say.

So here’s AnnaLynne McCord running with her boob out, it almost looks like this is some sort of publicity stunt to get us to watch the show, hmm, we think it’s working but keep it up just so you are sure to convince us: