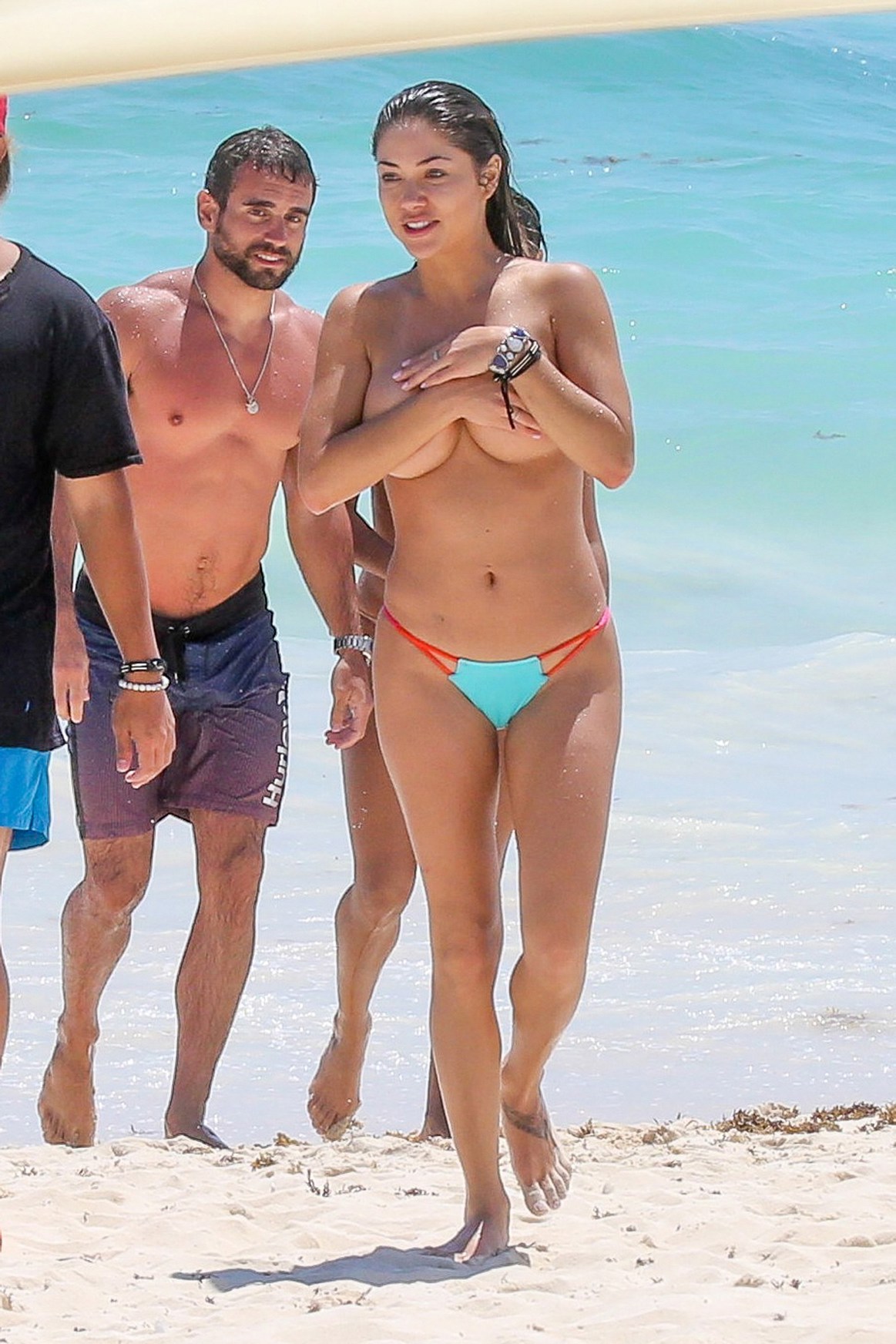 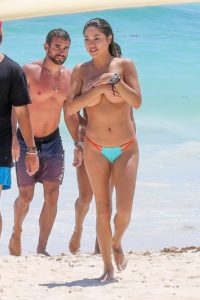 It’s been a good while since we’ve seen a celeb just say “screw it” and take off their top at the beach; it’s especially nice when it’s a celeb that we’ve seen naked before but not in a few years.  The only time in recent years that we’ve seen UFC ring girl Arianny Celeste topless is when she was hanging out nude on a balcony, but not much else other than her legendary teases at the big UFC events.

While Arianny Celeste did pose nude in Playboy years ago, she hadn’t really taken her clothes off after the balcony incident, which makes this topless party in Mexico pretty surprising.  Arianny was with a friend who also went topless, which is even better since it’s always nice to see hot friends that don’t mind being naked in front of each other.  In some of the photos, Arianny seems to be trying to cover her boobs with her arm, but in others, she’s just completely setting them free so maybe she gave up on the idea of hiding them.

On top of being topless, Arianny is also wearing tiny bikini bottoms that pretty much qualify as a piece of string covering her ass.  While Arianny is mostly known for her boobs, we’ll gladly look at her ass as well. Ms. Celeste has to be the longest-reigning UFC ring girl since it seems like she’s been with them forever, but if she ever leaves she can definitely still make money elsewhere with her boobs.

This is all pretty surprising since Arianny seems like the type to make you pay to see her naked, but hopefully, she realized that nudity = attention, and now all eyes are on her once again.  TMZ actually published these pics a few days ago in censored form, but censorship sucks and now we’ve got the full view.

Check out Arianny Celeste topless, ass on display, and other great uncensored shots below: