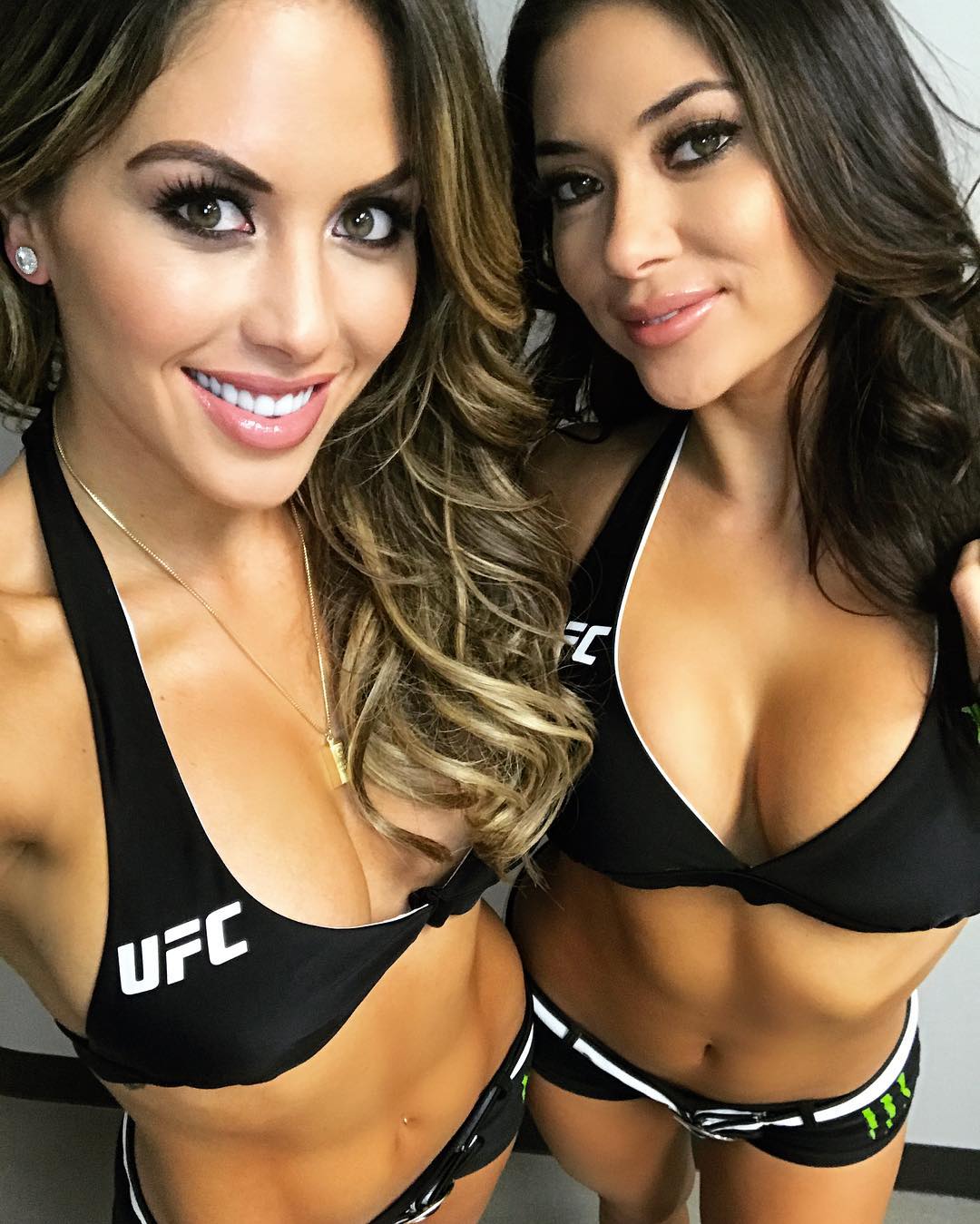 When UFC ring girls come to mind, there are two names that likely come to mind first for most fans – the legendary Arianny Celeste and Brittney Palmer. Both have been with UFC for over 15 years and have become staples when it comes to what you expect to see at a UFC event. Now when it comes to what we WANT to see, both have made things much easier as they are both now on OnlyFans!

The UFC ring girls (especially Arianny and Brittney) have been in-demand for years and they just seem to get hotter over time. Both Arianny and Brittney have posed nude in Playboy, but OnlyFans of course is allowing them to provide fans with a much more personal experience.

In fact, Arianny Celeste had a child not long ago so she is just now unveiling her hot new MILF body after recently returning to UFC events just three months after giving birth! Now imagine Arianny showing off her much bigger mom boobs and ass in videos she’s shooting herself on her phone – because that’s exactly the type of content she is providing on her OnlyFans! While she seems to be a bit shy about showing her nipples thus far, she’s stated that she has “broken her own implied nudity rule” recently by sharing pics and videos in a completely sheer attire that had her nipples on full display. She’s also offering a VIP level for those that want even more, and our mind is racing as far as what can be requested there.

While Arianny may be easing into showing off her new hot mom body, Brittney Palmer isn’t holding back as far as going fully nude on her OnlyFans. From going topless regularly with her tits on display almost daily, to being fully nude in various settings, Brittney Palmer is totally embracing her OnlyFans and we (and undoubtedly her thousands of followers) are loving to see it. Brittney is also an artist so some of her art is incorporated as well, along with previous never before seen pics from various shoots.

So next time the most well-known ring girls in UFC history are on your TV screen and you’re thinking “DAMN I want to see them naked!” – it’s now as simple as heading over to their OnlyFans pages.