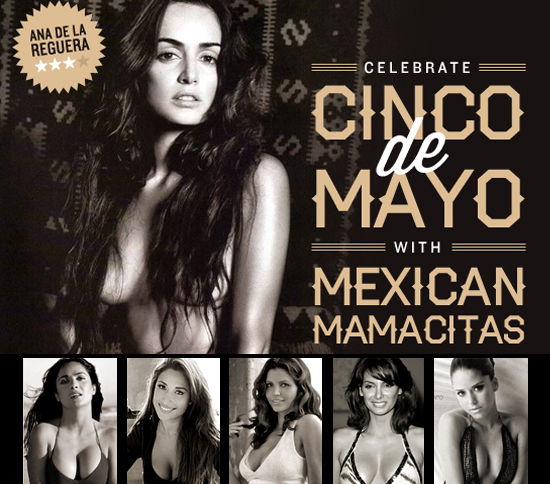 We’re celebrating Cinco de Mayo this year the only way we know how – by picking our 10 favorite nude scenes that feature Mexican actresses! Now before anyone says anything, we’re aren’t nitpicking too much with this list – as you’ll see, some names like Catherine Bach or Charisma Carpenter may not jump out as Mexican actresses, but they are at least partially of Mexican descent (we’ve done our research) and that’s enough to qualify for this list!

Of course other legendary Mexican actresses like Salma Hayek and Jessica Alba were locks to make this list, but we’ve also reviewed many other nude scenes from Mexican actresses to help narrow it down to the absolute hottest choices. Obviously Mexico has given us a ton of hot actresses over the years and after much research, we can say that this is one of our hottest Top 10’s yet!

So here are our 10 picks for the hottest nude scenes featuring Mexican (or at least of Mexican descent) actresses. Let us know which one you think is the hottest:

9. Jessica Alba in “The Killer Inside Me”

8. Lynda Carter in “Bobbie Jo and The Outlaw”

6. Charisma Carpenter in “Flirting with Danger”

Viewing this playlist on Cinco de Mayo (or any time honestly) will surely add some red hot Mexican spice to your night! A good majority of these scenes get downright raunchy, so in other words perfect for any “Cinco de Drinko” type of night. For even more nude scenes featuring Mexican actresses, check out the full Mexican Mamacitas Playlist!