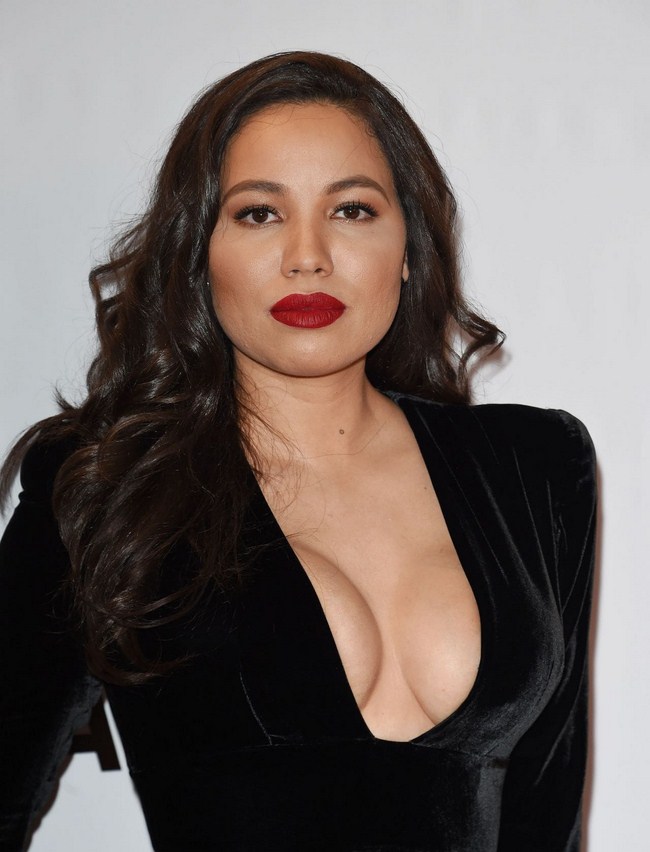 It’s been quite a while since we’ve seen a nudity debut that has been long-awaited to the point we thought we wouldn’t get it. Jurnee Smollett has been on our TVs since she was a kid (yes, she’s a Full House alumnus) but now has definitely grown up and has teased us on screen for years. She even spoke out about never going nude on-screen and her various bad experiences even going semi-nude, so it seemed like her position would never change – then along came HBO’s “Lovecraft Country.”

Just the fact that Jurnee was on a show like True Blood (one of the best shows for nudity ever) and even had a hot sex scene on it, but somehow escaped showing any real nudity definitely had us thinking she would never go that route. Added to this is the fact that her brother Jussie made controversial headlines over the past few years and anyone that supported him could have been put in jeopardy of even landing any meaningful ( or naked) roles. But again, along came the new HBO show Lovecraft Country and Jurnee Smollet being cast as one of the main characters got our hopes up.

So while the show itself got rave reviews, Jurnee’s character “Letitia Dandridge” garnered particular attention for her feminine yet badass vibe. The story is set in the 50s so racial tension seemed to be a main theme of the show, THEN things go off the rails with all kinds of supernatural craziness.

The main thing we were looking for of course were chances we may see Jurnee get naked, and the sexual tension between the main characters was evident from episode 1. It took all the way until episode 5 to get what we wanted, but Jurnee Smollett’s first real nude scene is in the books and it’s a winner.

You know quite know what you’ll get with a sex scene like this since so much can be cut away or hidden, but Jurnee revealing her ass in see-through panties was a great way to start. Before we could blink, the underwear was down and Jurnee Smollett’s bare ass was on our screen. She then proceeds to take off her top and we get some great side shots of her boobs as well.

We get some hot grinding sex action here and several ass and sideboob shots, but not a full and clear tit/nipple shot. The good thing is since this is a series, we have a good shot at seeing Jurnee do another nude scene and hopefully give us some full-on topless action.