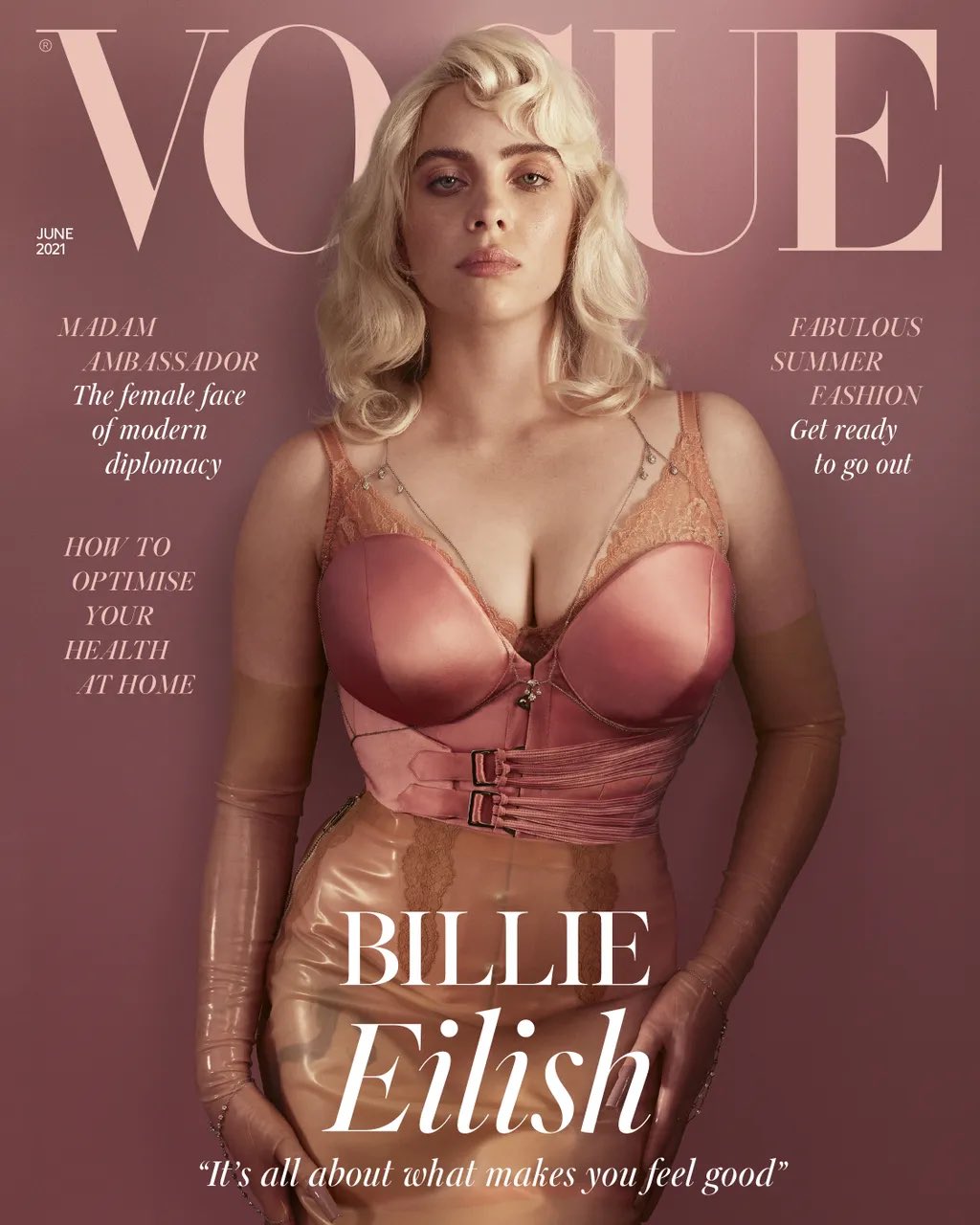 At only 19 years old, singer Billie Eilish (full name Billie Eilish Pirate Baird O’Connell – got all that?) has been captivating fans around the world with her music for a few years already. Of course, any time a singer starts making headlines, there are those of us who take an interest in their sexier side, but that side has been a bit of a mystery when it comes to Billie Eilish.

For years Billie Eilish has worn baggy clothing for the majority of her performances and has even openly stated that she’s been body-shamed and was trying to avoid more of it. Now it seems like Billie has realized there are plenty that will embrace her curves and she has done her first shoot in lingerie for British Vogue Magazine.

It’s been apparent even in her modestly dressed pics that Billie Eilish has huge boobs, so our first thought was that maybe she was just shy about them being she’s so young. The lingerie Billie wears in the British Vogue shoot highlights her tits just enough to create a desire for her to show more of them. One thing is for sure, Billie Eilish in lingerie has ignited her sexier side that we’ve been waiting to see.

It’s been quite a while since we’ve covered a magazine where the celeb isn’t fully nude, but Billie created quite the buzz by even showing a bit of skin here. She definitely has a look that makes us feel like she WANTS to get naked, it’s just a question of will she. After seeing these lingerie pics, it’s safe to say there will be plenty of people that want to see more of those curves. It seems like Billie could follow that path of someone like Lady Gaga who is highly regarded for music but also gets naked freely regardless of any haters.

Billie Eilish is likely just getting started when it comes to both music and sexiness, so here’s to hoping this hot lingerie shoot in British Vogue is only a starting point with actual nudity on the way: