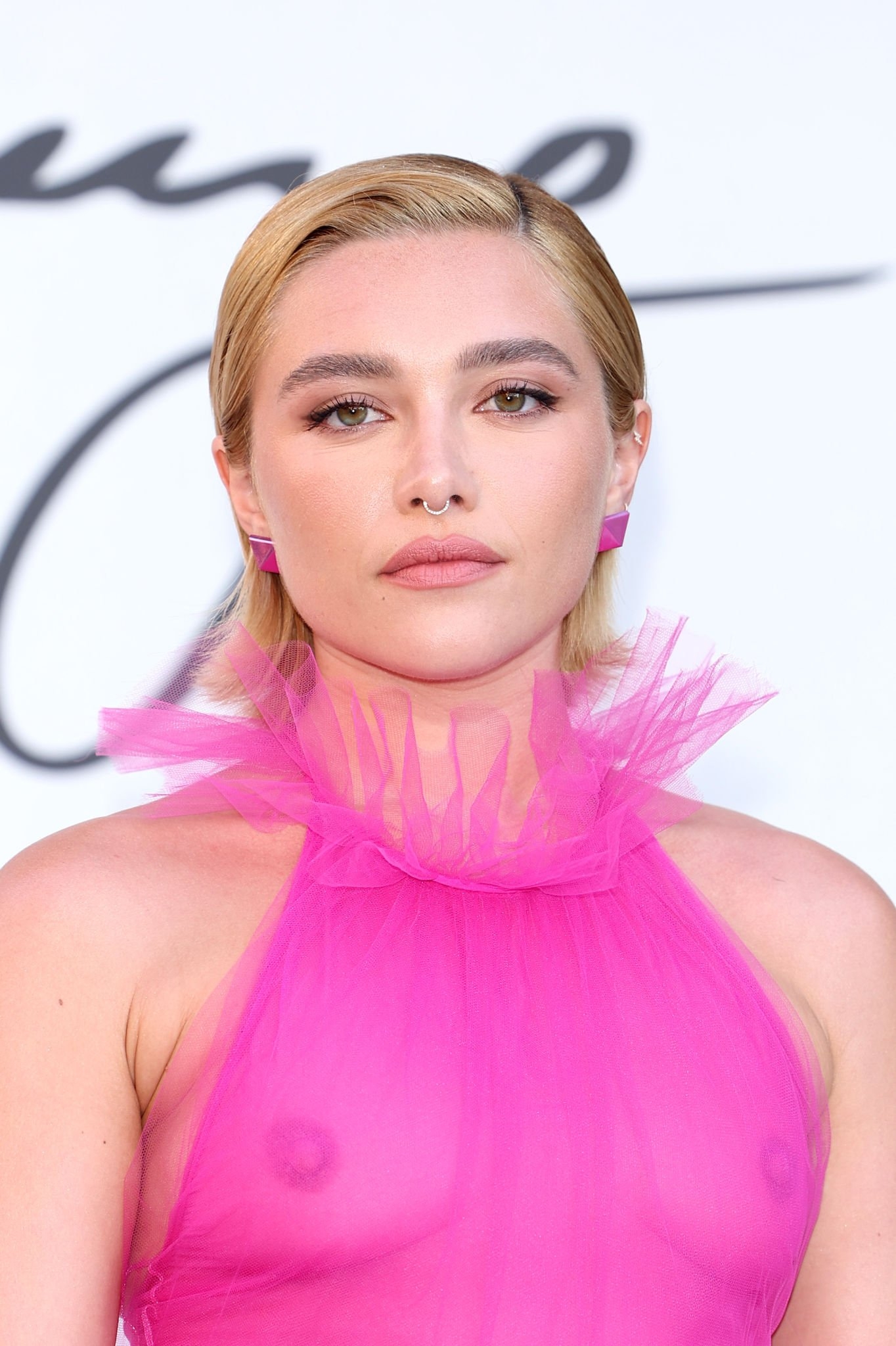 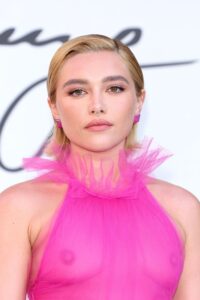 We love when a meaningful statement is made and Black Widow star Florence Pugh recently made a number of them. Pugh attended the Valentino Haute Couture Fall/Winter 22/23 fashion show in Rome, Italy, and wore a dress with a completely see-through top with her breasts on full display.

While we have always stood for women being free to show their boobs/nipples at will and stood against their censorship on most platforms, the real surprise was Florence herself speaking out against the negative feedback she’s received for what she wore. Our first thought was she must be talking about people not wanting her to show her boobs at all, but actually, it’s from people shaming her for having small tits and/or being flat-chested.

Now people can believe what they want regarding women’s breasts being sexual or not or if women should be free to go topless anywhere like men are, but if anyone is saying you have to have a specific boob SIZE in order to show them, that’s a problem.

We first took note of Florence Pugh when she played WWE’s Paige in “Fighting with my Family,” but showing going nearly topless in Rome wasn’t really a breakout nudity moment for Florence Pugh, she showed she wasn’t afraid to strip down and show her boobs and ass when she was only 20 in 2016’s “Lady Macbeth” –

Now, at the age of 26 Florence deciding to freely show her boobs in a sheer top just bothers some people because they feel small boobs shouldn’t be seen? Blasphemy. Florence actually handled the situation in stellar fashion on Instagram, stating “So many of you wanted to aggressively let me know how disappointed you were by my ‘tiny tits’, or how I should be embarrassed by being so ‘flat chested’.
I’ve lived in my body for a long time. I’m fully aware of my breast size and am not scared of it.”

Below is Florence Pugh proudly showing her “tiny tits” as she put it, as well as her full Instagram post on her decision to wear the dress: