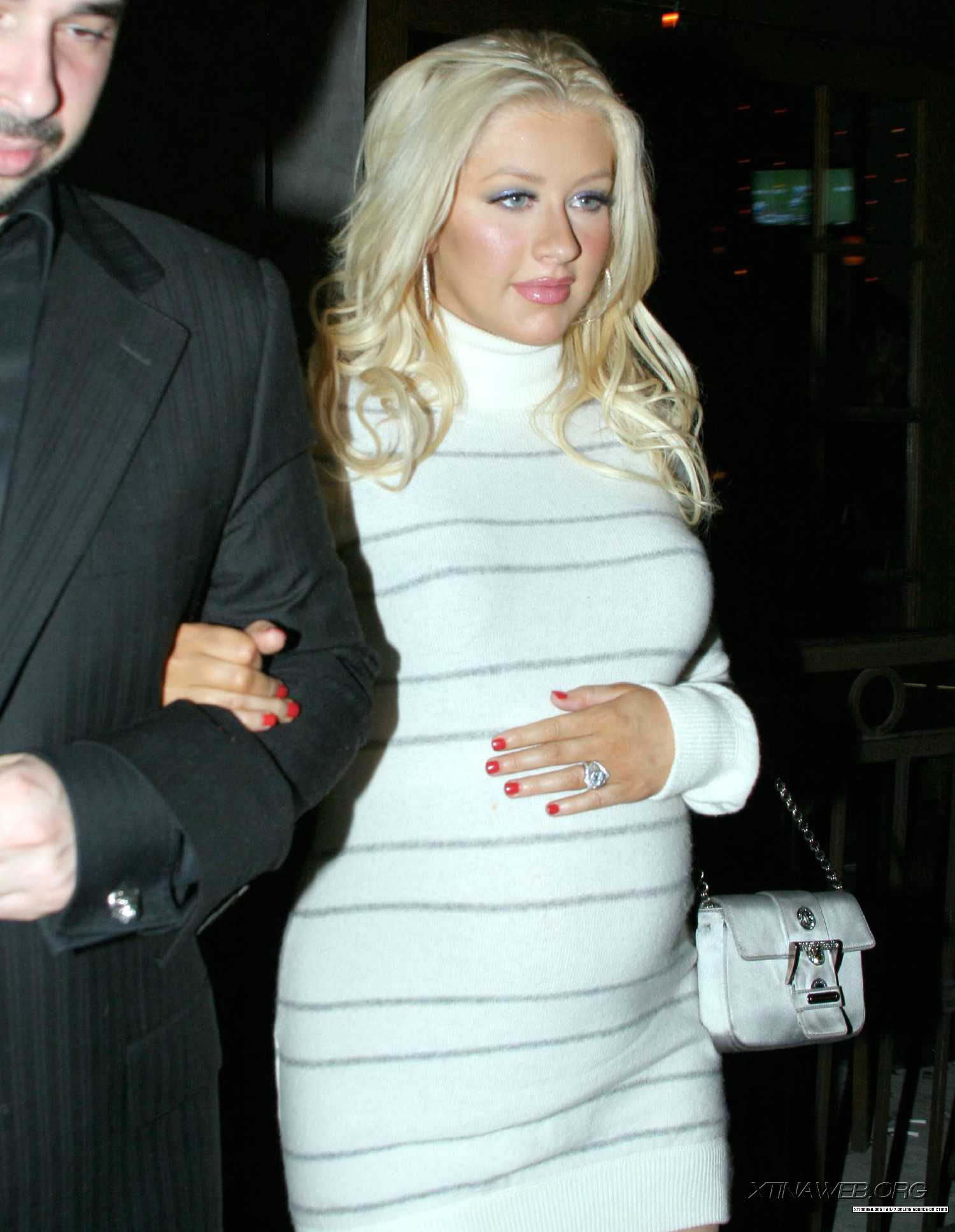 Yes, Christina Aguilera may have pulled a semi-Britney. These shots were captured as she arrived at Hollywood’s Amalfi Restaurant on November 19.

Christina is still rocking the new “pregnant is glamorous” style that is all the rage in Hollywood and she’s looking great….but as the paparazzi went for the “Britney shot” (Hey at least Christina is pregnant, so she has an excuse if she has to spread em while getting out of her car)…..it appears that she either isn’t wearing panties or is wearing hose without panties under.

If only it wasn’t for that damn car door in the way, we’d have the perfect shot, but we’ve done our best to uncover this mystery. Check out the first few pics, then check out the last pic which is an enhanced version of one of the pics which is close up and lightened…..YOU be the judge: 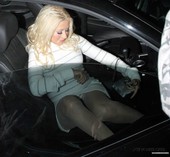