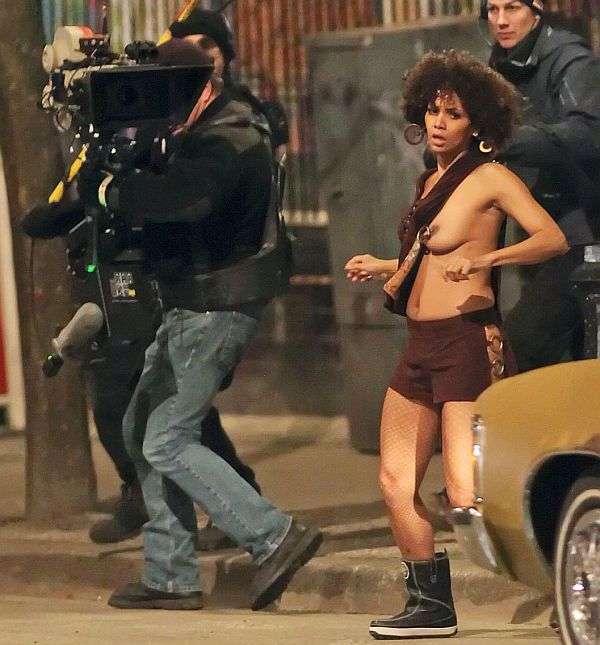 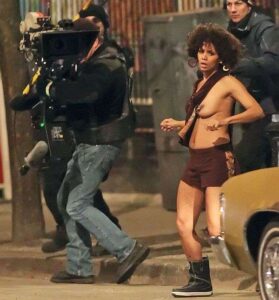 Another welcome story to report – when a major celebrity is showing her boobs in a movie once again, except for the fact that we’re not sure if Halle Berry intentionally showed her tits while filming her new movie “Frankie and Alice” or if her barely there “shirt” just sort of malfunctioned, thus exposing her entire breast.

Yep, no nipple slips here, this is a full-on shirt to the side full breast exposure. Then we get a couple of bonus ass shots as Halle is laying in the street, again not sure what’s going on in the scene but it’s Halle Berry boobs and ass, so it’s good. 1 thing that’s noticeable is that Halle is looking a tad pudgy (likely due to her giving birth not too long ago) but what’s good about that is we get Halle Berry boobs in many different forms.

When Halle showed her tits in “Swordfish” everyone went crazy that such a big celeb went topless, and of course, her nude role in “Monsters Ball” is so classic we had to dedicate an entire post Halle’s wild sex scene with Billy Bob Thornton, but those classics were quite a while ago so it’s great to see some more Halle boob, whether intentional or not.

So this may be the only boob you’ll see from Halle in this movie, but we’ll hope that this was intentional and that her tits will look even better on the big screen and our computer monitors when the full scene is released. 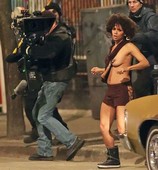 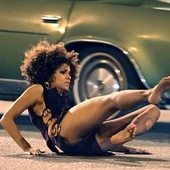