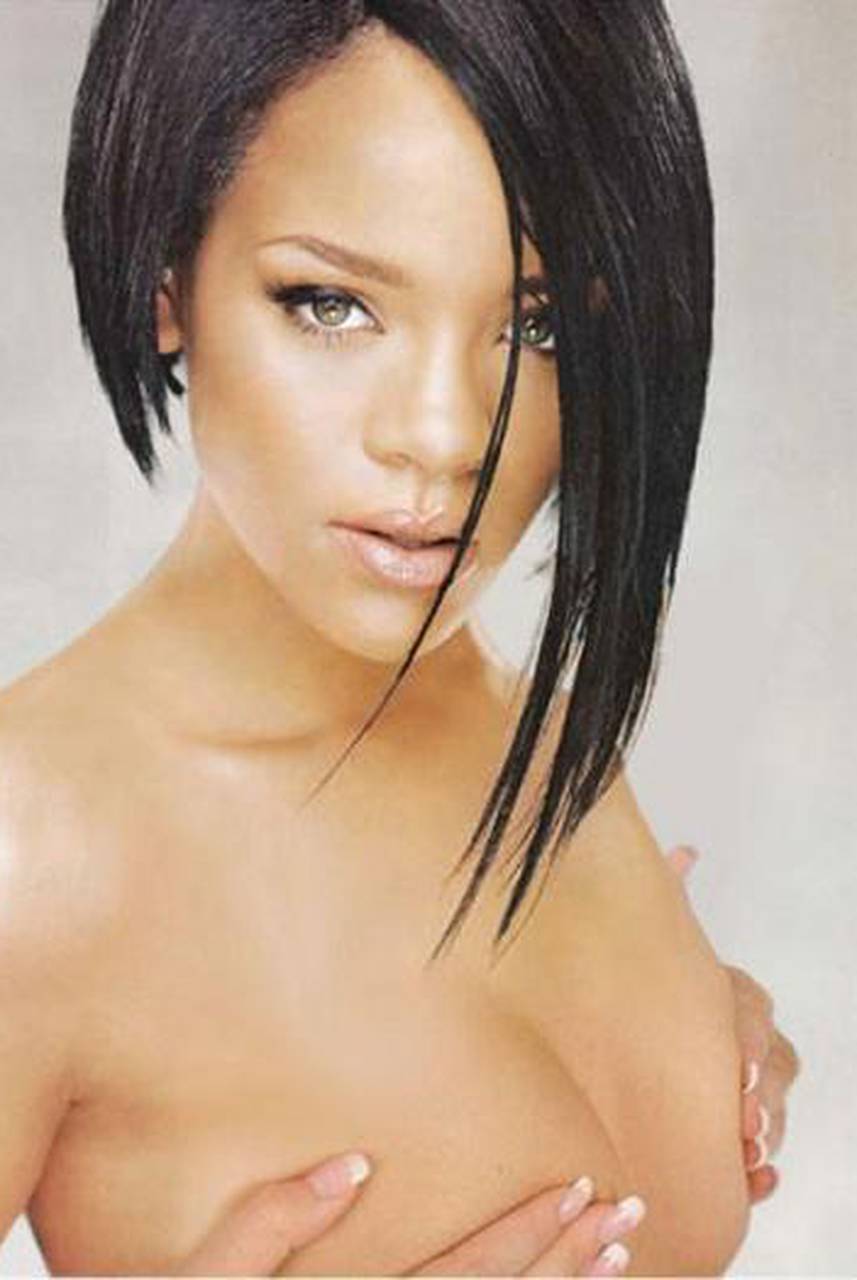 Well damn, this is just crazy. Yesterday we posted on the frenzy going on across the net over Cassie’s nude pics leaking online, but today the whole Cassie controversy has been trumped in a major way. Today, nude photos of Rihanna leaked online, setting the Internet ablaze with Rihanna lovers losing it over these pictures.

They appear to have been taken in a hotel and the collection gives us Rihanna nudity for the first time. We get to see Rihanna’s naked boobs in 1 great pic and we get a couple more of Rihanna’s naked ass completely bent over, giving us a glimpse of her vagina even.

The pics are great and rumors are already swirling that they may have been leaked by Chris Brown, who would obviously be out for revenge after he laid a beat down on Rihanna awhile back and got in trouble for it, thus most likely ruining his career. If Brown did it then just like the Cassie situation, he’s probably helping Rihanna more than anything. I know that our staff likes Rihanna even more now that we’ve seen her naked. After all, we’ve needed proof for years now that Rihanna looked just as hot as we thought she would nude.

No official word yet from Rihanna – maybe she’ll make a statement like Cassie did claiming we’ve seen boobs before and it’s no big deal, but while Cassie’s boobs were a big deal, Rihanna’s are an absolutely huge deal. Hopefully more pics will leak because after seeing what we’ve seen of Rihanna so far, wow, she should just be naked all the time and taking pics.