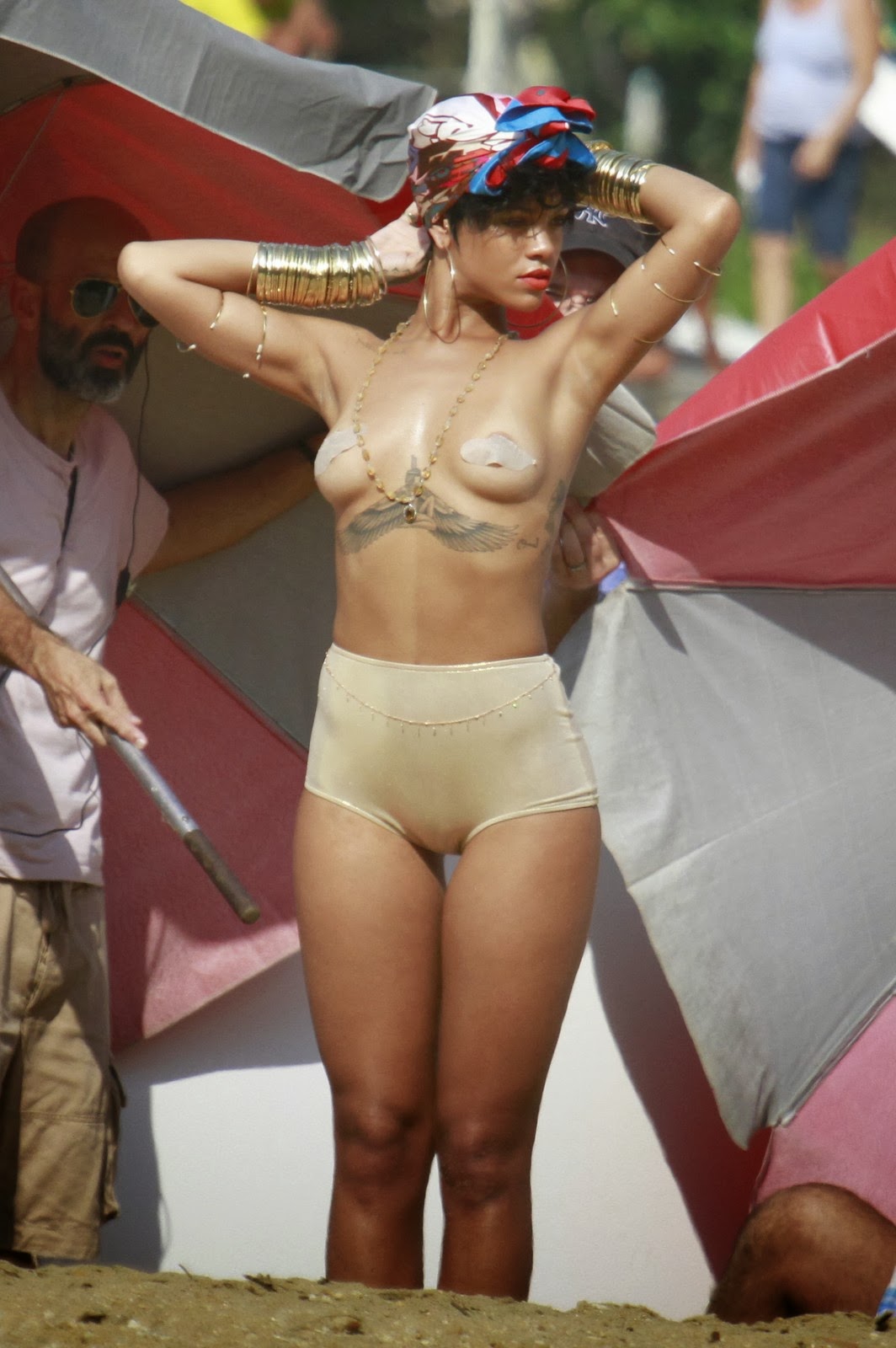 It’s become very clear that Rihanna delivers the goods when it comes to celebrity nudity, and always comes across as it just being a natural thing for her when she gets naked.  Her latest adventure was in Brazil this week where she gladly took her top off and went topless for a photo shoot for Vogue Magazine.  Rihanna seemingly had little problem letting her boobs hang freely as the groups of personnel and photographers gawked away.  One minor problem is that Rihanna attempted to wear tape on her nipples so EVERYthing wasn’t visible, but that idea didn’t quite work.

We mentioned our old mortal enemy the dreaded nipple tape, but as we mentioned the idea didn’t quit work.  For those of you who don’t know, Rihanna has had pierced nipples for quite some time now, and they seemingly don’t function well when one is trying to cover their nipples with tape.  The shots with the nipple tape on still show Rihanna’s areola, and if that wasn’t enough, at the end of the shoot she just took the tape off and had a pretty great nipple slip while wearing only a jacket to cover herself.

Without a doubt, Rihanna is one of our favorites because she seems to really not care if anyone sees her naked.  We’ll never forget the day she changed clothes in front of an open window while fully nude.  Even though she tried to cover up a little on this photo shoot, there’s still something hot about her being around all those people without a top on with most of both boobs completely showing.  We’re hoping for more high quality topless shots and even more with nipple, but for now here are the awesome pics of Rihanna topless at the beach: