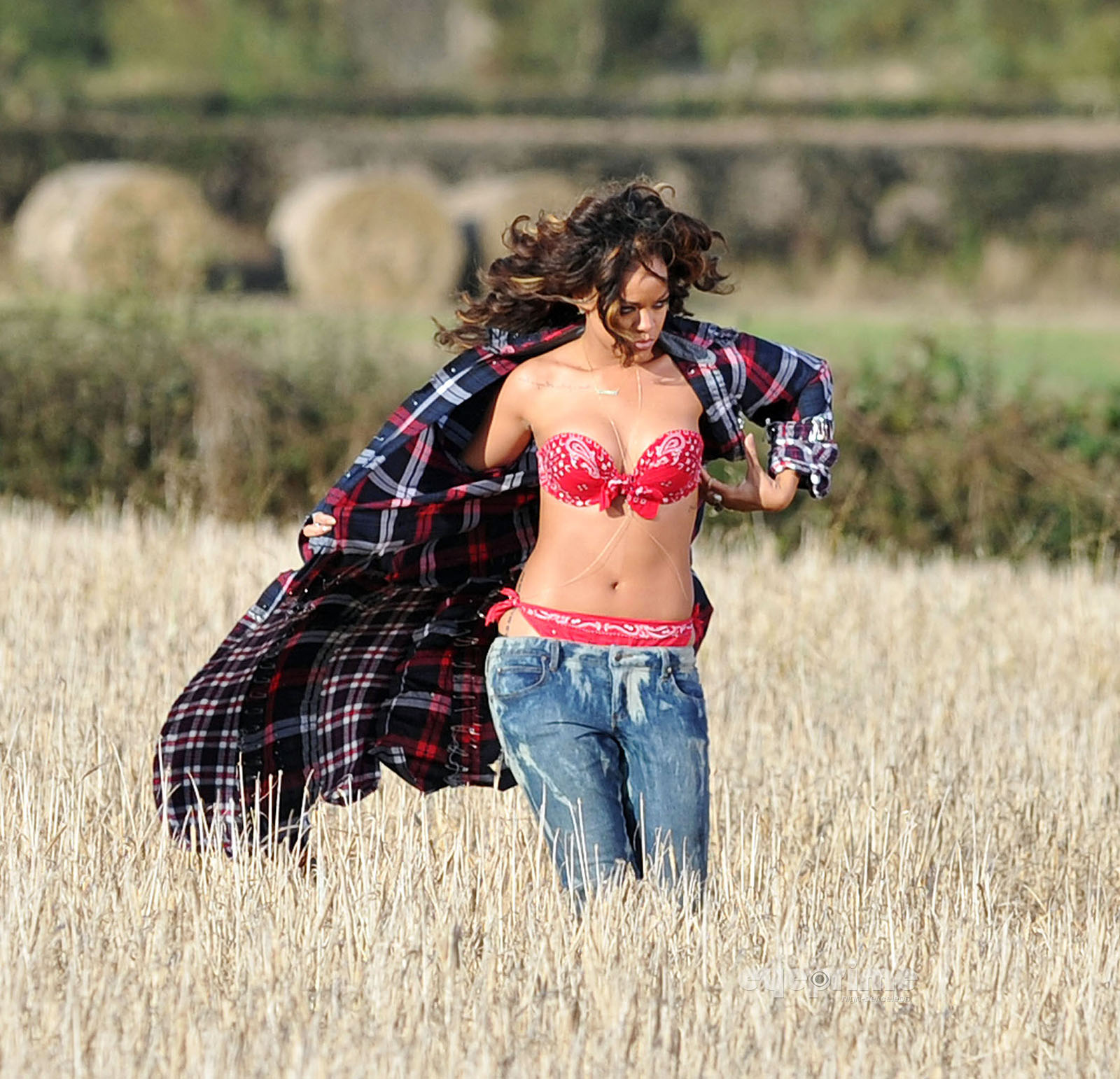 Even though Rihanna has been sexing it up in every video and concert she can lately, it’s been WAY too long since we just got some straight up Rihanna nudity.  Back in 2009 we reported on the infamous leaked pics of Rihanna nude, and the pics have remained a hot topic that we will never get tired of looking at.

Now today we get these pics from the video shoot for Rihanna’s new song “We Found Love,” which has her sexing it up in the fields of Ireland.  We’ve seen some hot pics the past few days from the shoot, but the latest batch show Rihanna just saying screw it all and going topless while running through the fields.   Here we thought the hot pic on the right from a couple of days ago with her in bandanna underwear were hot, now she’s just gone totally free.  At first she used the “hand bra” to cover up her boobs, then just let them go for the enjoyment of everyone…in….the world.

We’re hoping higher quality clear pics of these can be added to this post soon, since the pics of Rihanna topless are kind of blurry and she COULD be wearing pasties over her nipples, but hopefully not and hopefully we can get some better quality pics that will verify.  If the topless shots were part of the video, our guess is her nipples will be blurred out just to make everyone go every crazier.  Check out the awesome pics of Rihanna running through the fields of Ireland topless below: 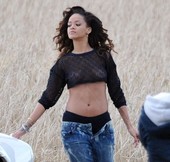