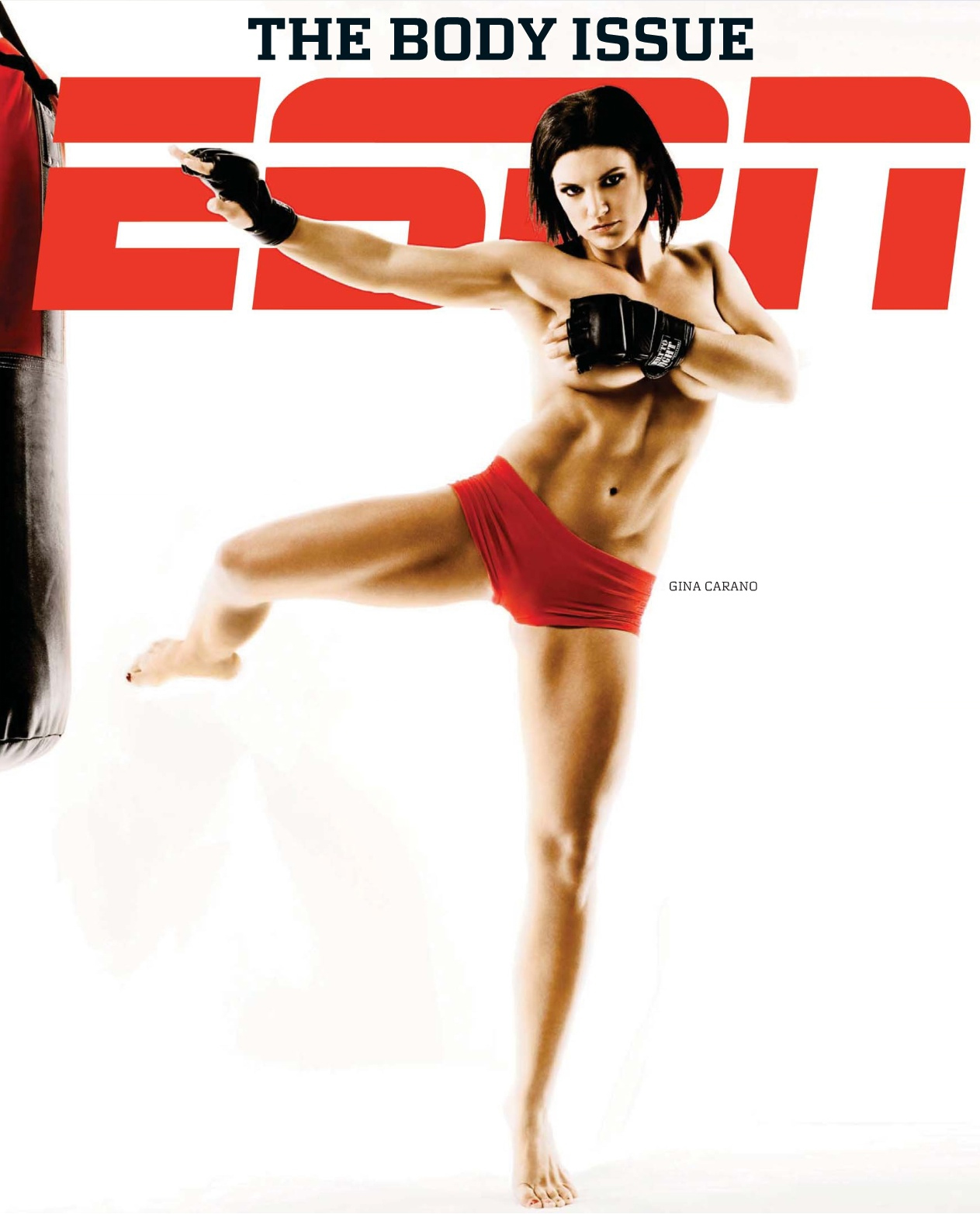 Gina Carano is still the face of women’s MMA, despite her loss to Cris Cyborg a couple months back. While Cyborg may have got the win on this night, she comes nowhere near the sex appeal of Gina Carano. Our site goes wild with Gina Carano searches anytime she’s up for a big fight. Last year around this time, we covered the infamous weigh in where Gina didn’t make weight, and had to strip naked on the spot to make weight, followed by the moment the towel dropped and Gina’s boobs were almost exposed.

This time around, Gina voluntarily went topless for the cover of ESPN’s “Body” issue. Of course Gina is covering her tits with her arm, but its still a very hot pic. The pic shows Gina’s ripped body, but without a top holding them in, she has some really big tits as well for having such a tight body. Of course there is probably some photoshopping going on, but in some of the other pics, you can see Gina has a killer body. We’ve got full coverage of her cover shoot, including more pics and video caps of Gina’s great ass too.