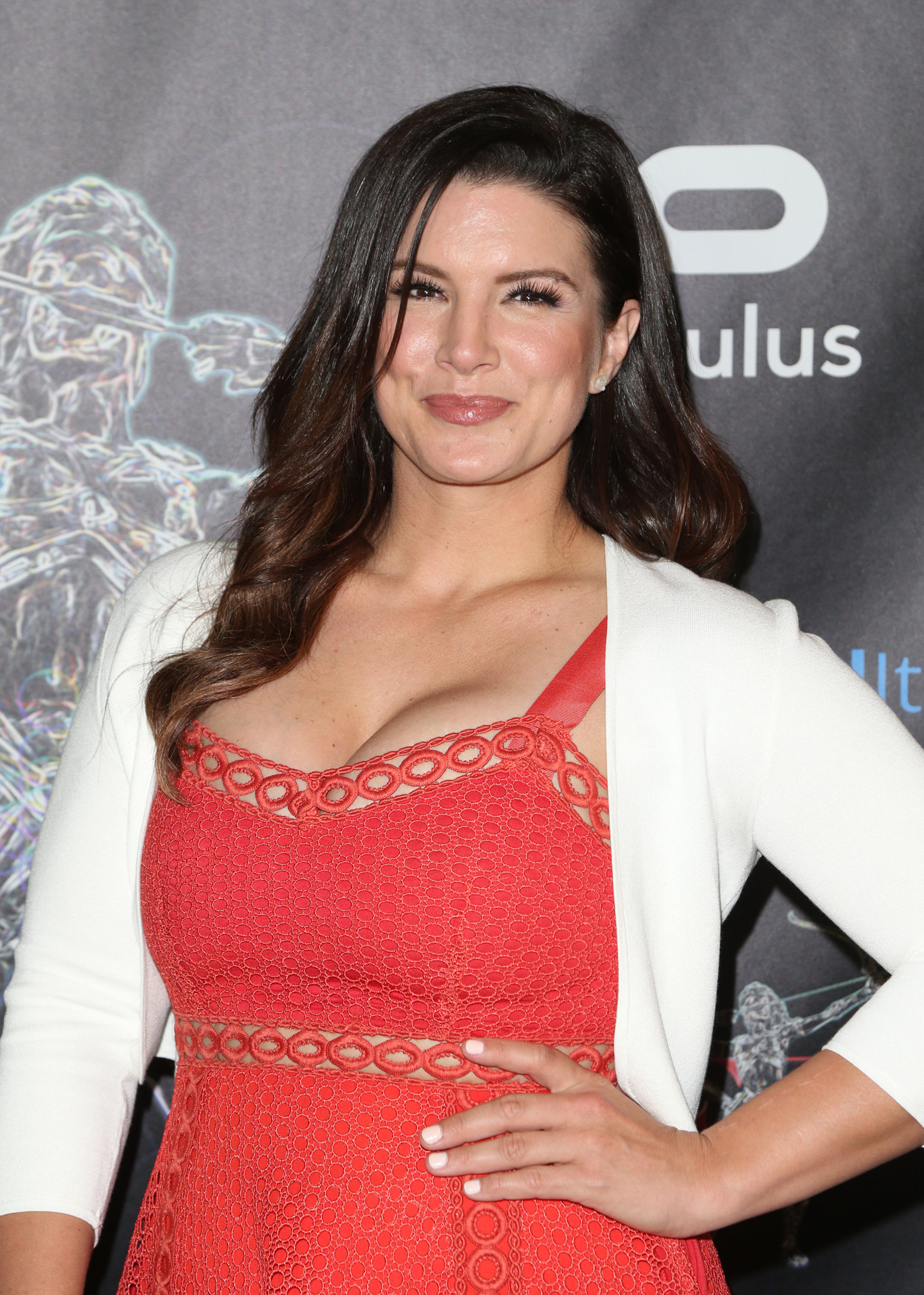 That’s right, we’re going all out with a “holy shit” in our post title because Gina Carano baring her topless breasts willingly for the first time is a moment worthy of such a phrase.

Our longtime readers may remember when Gina Carano was an MMA phenomenon just over 10 years ago, a fact we quickly realized when she didn’t make weight for a fight then proceeded to strip naked to make weight. Of course her team held towels up (and dropped them) during this spectacle, but it cemented the fact that we definitely wanted to see more of Gina nude.

Fast forward to a short while later and Gina Carano’s rise was in full force as she posed topless (but covered) for ESPN’s “Body” Issue and again had us wishing the biggest women’s MMA star of that era would just let us see her naked. That same year Gina Carano’s fighting career came to a crashing halt as she suffered her one and only pro MMA loss to Cris Cyborg and never returned to the cage.

Gina moved on to movies and found success, and while she did a number of steamy underwear type scenes, again no nudity. It looked like Gina Carano was never returning to MMA and surely would never do a nude scene, so it appeared our nudity hopes would live in fantasy land forever….until now.

Did Gina Carano agree to do a nude scene? Did she pose topless to get her name instantly back in the spotlight? No. She simply posted a topless photo of herself on Instagram….that’s right, Instagram. Now this isn’t a the full bright clear view of Gina’s tits that we would hope for, but this is definitely her baring her breasts and giving us quite a view:

**Update** So Instagram has yet again kept up with their infinite quest to keep censorship alive as they have removed Gina’s boob photo. Here are her thoughts on Instagram’s move:

So that’s what it’s like to be censored for no reason. Pic was taken down by Instagram. There’s much more important news today but that was some classic bullshit. The whole post was about freedom of expression. Violating zero rules. Ironic. Feels like I graduated. 👍 Thanks Karen pic.twitter.com/hJDn4Vph49

Right on Gina! And posting more boob on other platforms will undoubtedly help the cause! Luckily, we of course still have the photo so Gina Carano’s naked boobs will live on here at NSFW Celebs: 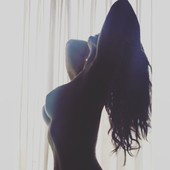 Now this is a win for a few reasons. A. Gina is telling us she finds freedom sexy, and apparently being topless is freedom to her. B. While this may not be THE most clear view, it tells us Gina does not mind showing her boobs so this could lead to more photos/scenes involving her naked. Finally C. This is quite a payoff and surprise after years of wanting to see Gina Carano naked. Here’s to hoping this is only the beginning, but if not, we will always remember the day we first saw Gina Carano’s boobs.