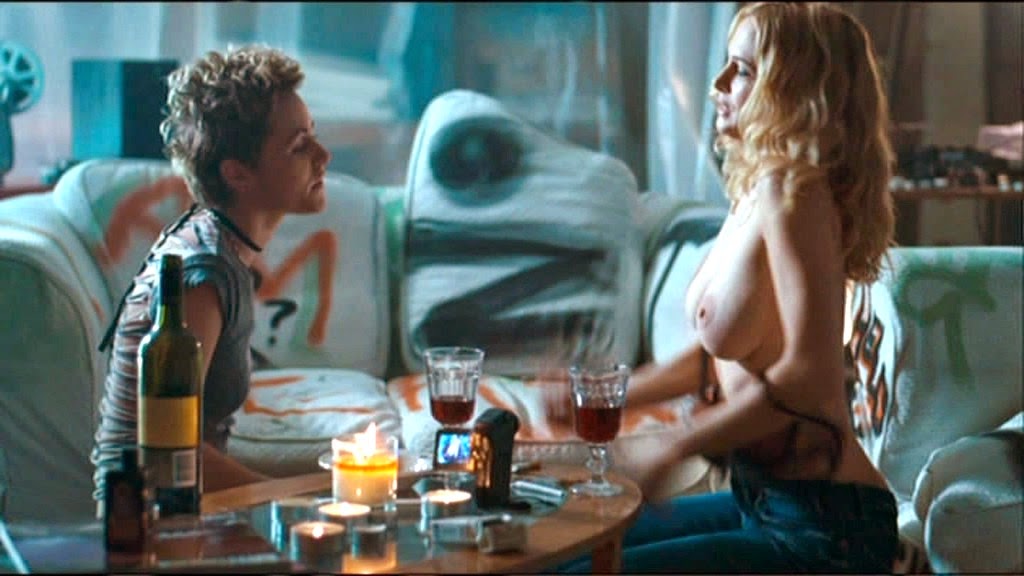 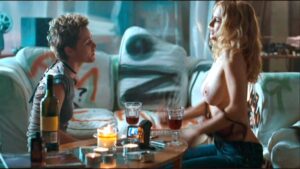 Who knew that Heather Graham would be getting naked in a new movie?  Heather has gone nude quite a bit, and we even covered the classic Heather Graham nude sex scene from Killing Me Softly.

We had no clue anything new was coming but then wow here it is, Heather Graham, going topless and showing her boobs to another female, in the new movie “Boogie Woogie.”

This scene is all kinds of great.  Heather is chatting about boobs with what appears to be a co-worker (played by Jaime Winstone) when Heather pulls off her shirt and bra so her lesbian friends can have a look at her boobs and let her know how great they are.  Of course, the lesbian girl likes them, but then she decides to pull her shirt off too and show her boobs, complete with weird nipple rings.

The Lesbian girl does what anyone male or female would do with a topless Heather Graham sitting right in front of her, and proceeds to touch her boobs and then move on to the full girl-on-girl make-out!

Heather tries to stop all this hot lesbian action pointing out that she’s not a lesbian, until…what’s this….Heather appears to begin to like it!  Sadly the scene seems to cut away at this point, but before it ends we see that a video camera is taping the whole ordeal.  Hopefully, this leads to a full viewing of said video later in the movie, with more Heather Graham nude lesbian sex.