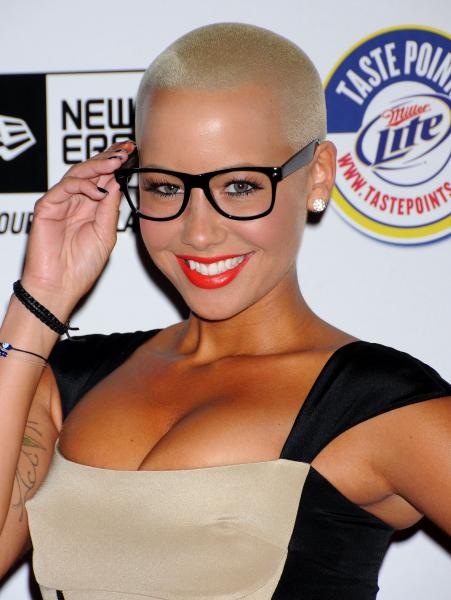 Today we have another good old celebrity leaked pic scandal. If you are unfamiliar with Amber Rose, she is pretty much only known for being Kanye West’s odd bald model ex-girlfriend. She was apparently once also a stripper, and has never had a problem showing off her ass in a thong or going topless at the beach.