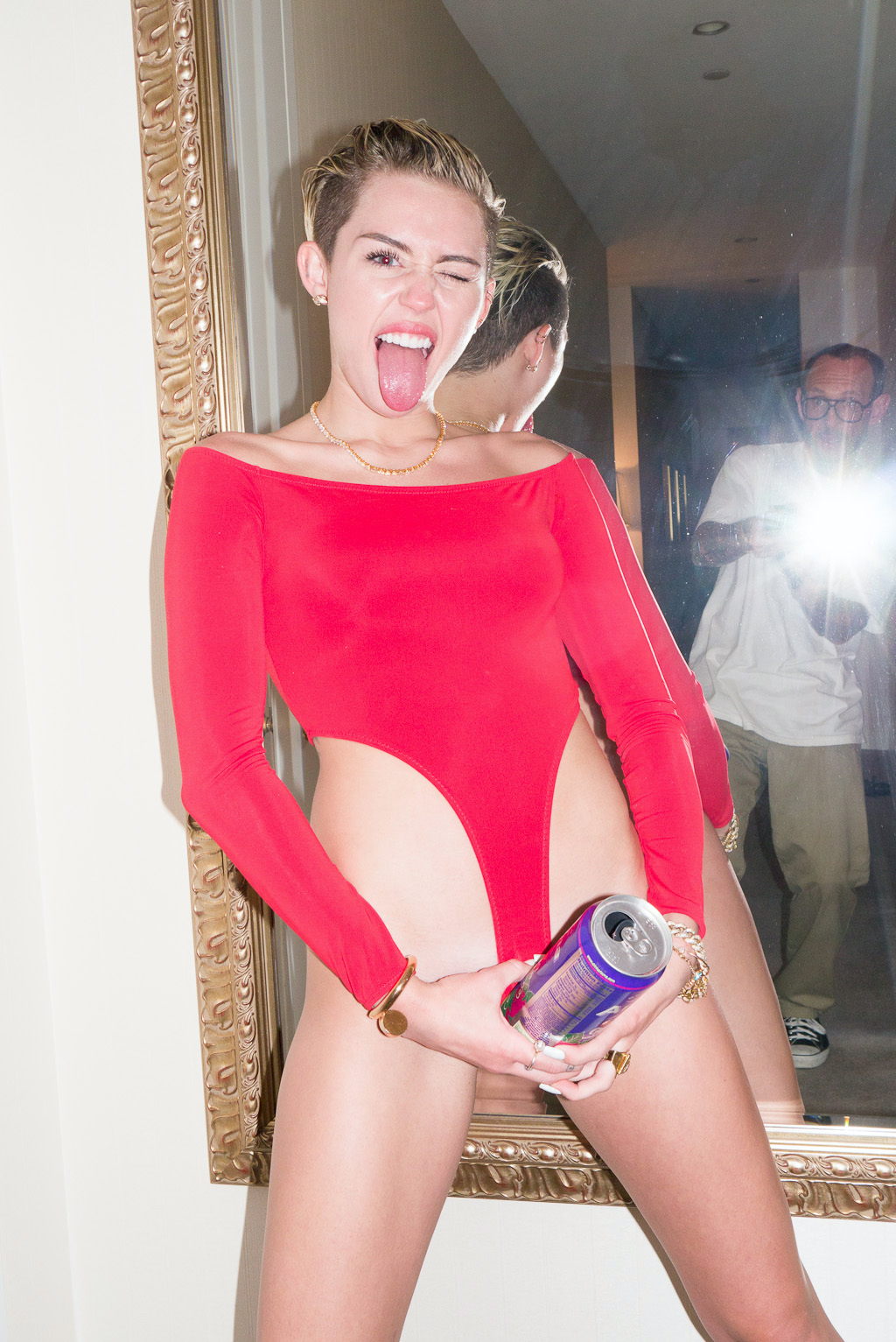 years ago Miley Cyrus would probably be on our list of celebrities that would probably never be featured on our site due to her wholesome Disney image.  The most we thought we’d get would be times like last year when we got a glimpse up Miley’s skirt and she wasn’t wearing panties.  These days Miley is on the list of celebrities that may one day have the MOST posts on our site being she has turned into one of THE most raunchy celebs.  Miley has made it clear that she will do whatever it takes to get attention, and that means getting very naked very often.

Miley Cyrus has teased us quite a bit, appearing “almost nude” or “almost showing a boob” on numerous occasions lately including her “Wrecking Ball” video where she was nude but we really didn’t SEE anything.  While we could see in her eyes that she was just waiting to really show the goods, we felt like we really needed to wait until she REALLY showed it before we began what we hope is a legendary series of posts on Miley going nude.  It took one man to finally get the ball rolling, and that is infamous celebrity photographer Terry Richardson.  This man has somehow become the photographer that celebrities are perfectly OK with getting naked for.  He’s photographed tons of celebrities and tons of them go topless or more for Mr. Richardson, therefore it was only fitting that Miley chose him to photograph her boobs for the first time.

The first pic we saw from this shoot was Miley in a completely see-through top, which gave us the first glimpse at her naked boobs and surprisingly big nipples.  The fun just continued from there as we get another pic of Miley’s tits but this time she is topless and holding them, but in classic new era Miley fashion she lets one of her nipples peak out.  Now her tits alone would’ve been a nice step up in the nudity department, but this shoot just keeps on going.

Miley’s next attire is a one piece….thong type thing, and she is quick to turn around and show off the thong aspect of things as her ass is completely exposed.   Then for the main event, as it turns out the thong outfit is a thong in the front also, and it rides right up Miley’s pussy!  Just in case we couldn’t see it well enough, Miley pulls her front up higher so the outfit basically goes UP her vagina so we can see it all.  Love her or hate her, Miley delivers the type of nudity we wish more celebs would!

We can’t say much else about this shoot, as the pics speak for themselves.  Miley has set the bar high here, so posing fully nude and/or someday releasing a sex tape aren’t ideas that are far fetched.  For anyone that has been dying to see Miley Cyrus’s tits, ass, or pussy, these photos deliver: