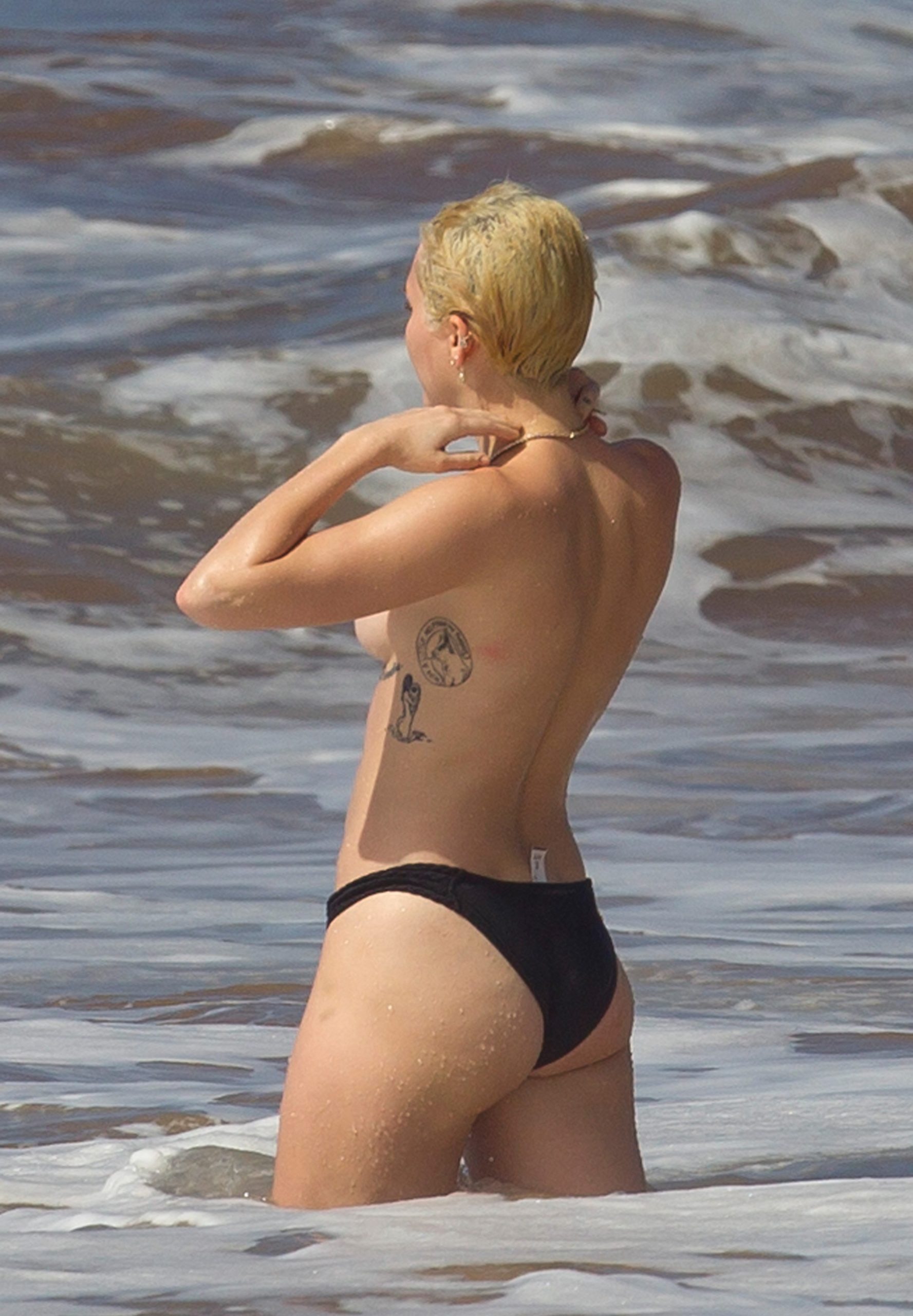 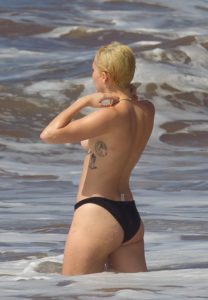 Miley Cyrus is really making an effort to earn serious “nude celeb of the year” status around here; just a couple of weeks ago we posted her nude spread in V Magazine, then came the news that she would be posing for Playboy later this year, and now to top it all off Miley is now just going around topless at the beach for all of us to see.

Apparently, Miley is now banging Patrick Schwarzenegger (son of Arnold) and he’s pretty OK with her going bare boob at the beach as the two recently frolicked together in Hawaii.  At first, Miley did have a top on, but I’m sure she figured that wouldn’t grab enough attention so she decided to “free the nipple” so to speak – actually Miley is a big supporter of the “Free the Nipple” campaign (yes that’s really a thing) and we’re glad to see her actually back her support up instead of just talking about it.

It’s really still hard to imagine that Miley was once the “Hanna Montana” character and regularly talked about how she would never be one of those girls that showed the goods for attention, but now she’s at the top of the raunchy list.  Basically, she believes tits were meant to be seen, and we can’t say that we can argue.  Whether you like seeing boobs in magazine shoots or in a more natural setting like a beach, Miley delivers……now we wonder if she’s going to deliver boobs in a sex tape setting as well – is it only a matter of time?

So here are some high-quality shots of Miley Cyrus going topless at the beach, and obviously not caring who sees: