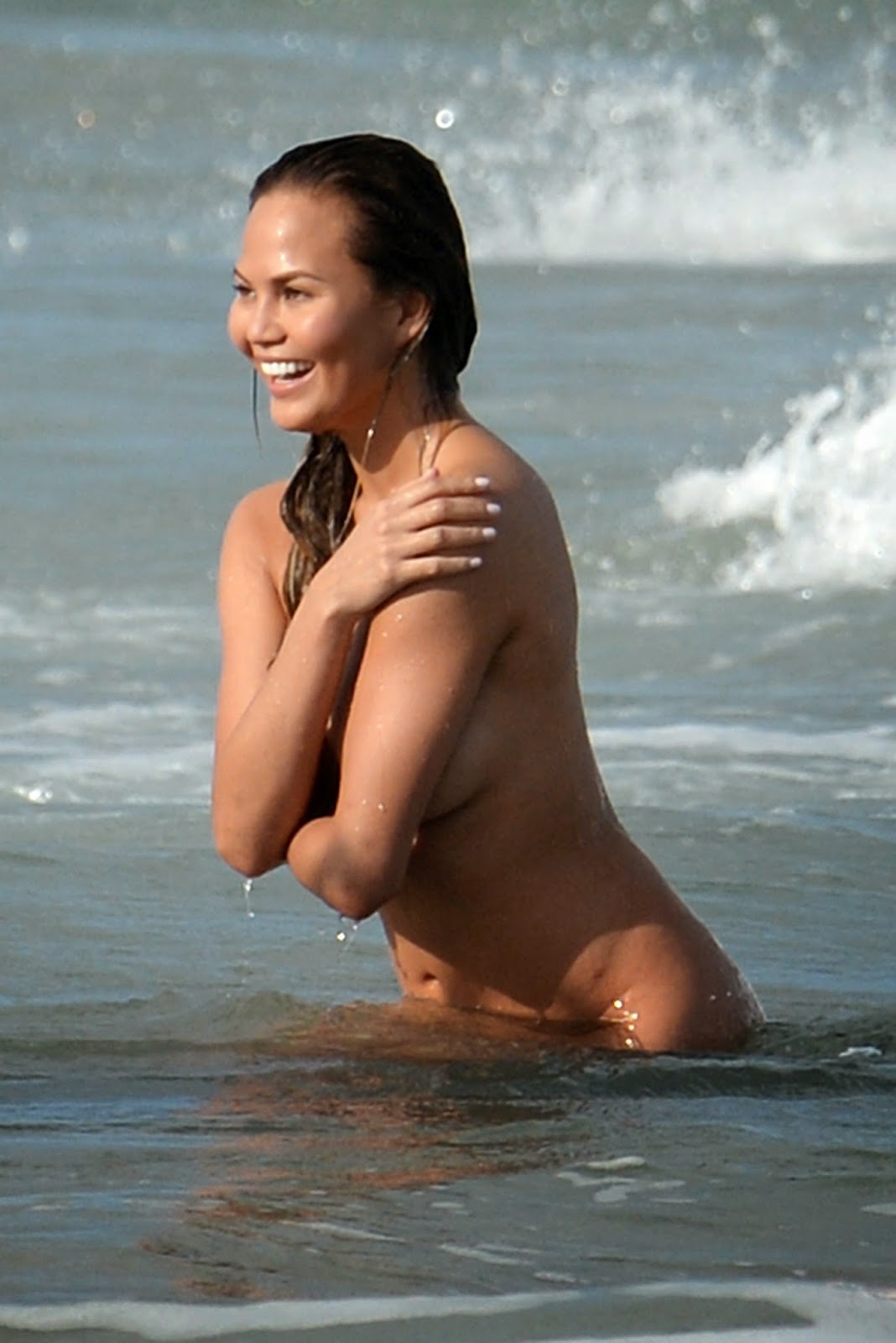 It’s really no surprise that John Legend (given the panty-dropping music he makes) nabbed himself a hot supermodel wife like Chrissy Teigen, but it is quite a surprise that he doesn’t mind her stripping ALL of her clothes off at the beach for a hot naked photoshoot in Miami.  In fact, Legend was right there watching it all take place as Chrissy frolicked completely nude in the ocean.

Of course Chrissy is no stranger to baring a lot as she’s been a regular star in the Sports Illustrated Swimsuit Edition and done other risqué type modeling over the years; we even featured her here a few years back in an ultra-hot pic of Chrissy naked in bed with Stacy Keibler…..yes, that really happened.

You might think most guys would put their model wife on lockdown by the point of marriage at least, but John Legend apparently wants us all to know what he has had for years now, and it is very very nice.

In these pics, after stripping off it seems like Chrissy barely cares about her boobs being seen because she only covers them with her arm briefly before just letting them go; from there she’s in the ocean topless in plain site, and then it became apparent that she was also bottomless, which again, is very very nice.

It should be interesting to find out what magazine this shoot before, but Chrissy is very naked and it appears that the goods will indeed be seen. Kudos to John Legend for allowing us to gawk at his nude wife – we won’t get tired of doing it any time soon.