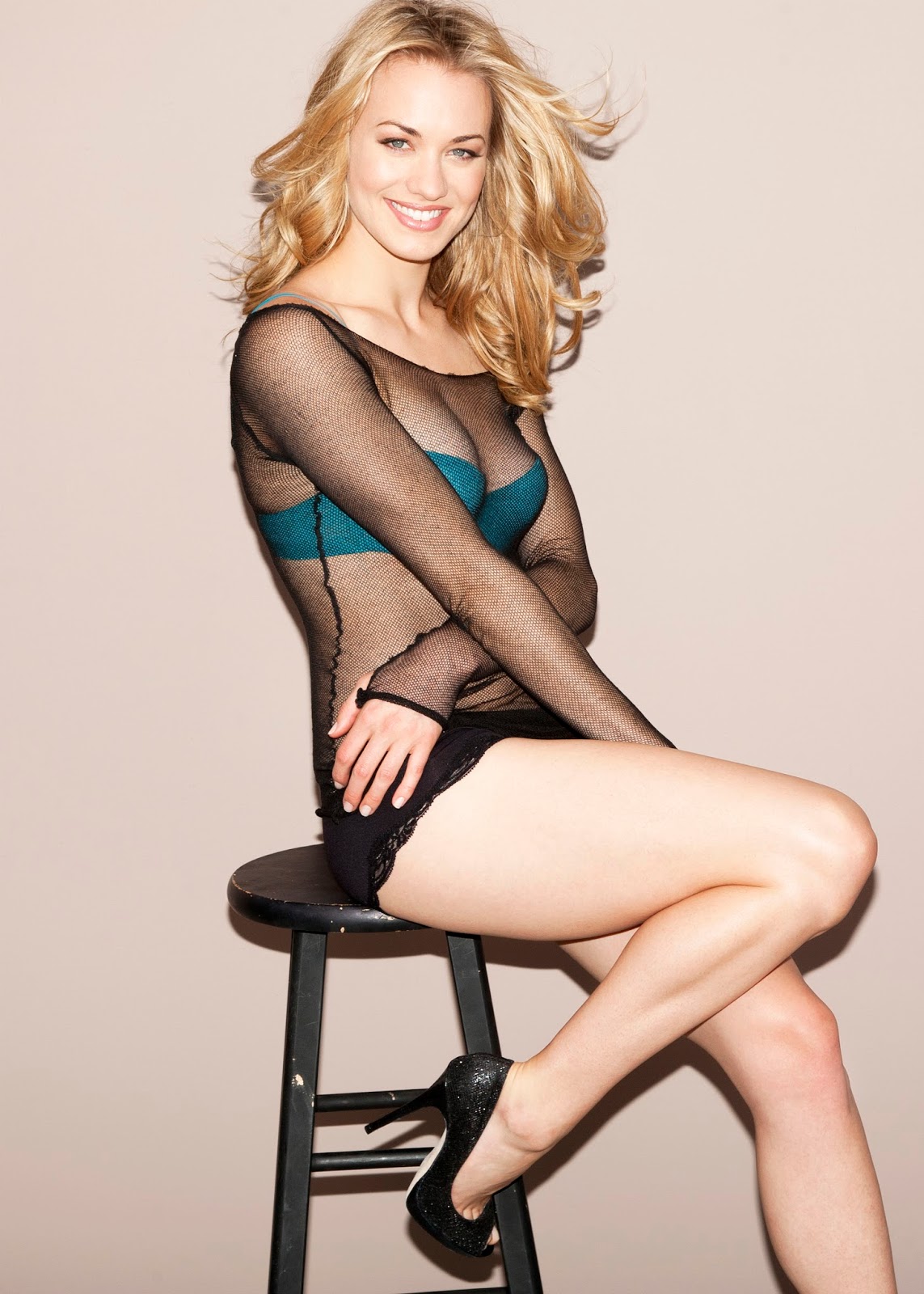 It’s been far too long since we’ve had a nude debut that was highly anticipated and then actually delivered on all fronts; such is the case with Yvonne Strahovski’s first-time nudity in “Manhattan Night.”  Yvonne has been on the radar for years, appearing in numerous movies and shows but never really getting naked – she was even on Dexter but somehow escaped with only showing hints of skin here and there.  Now that she’s in her 30s, we nearly lost hope that we would ever see her nude – but the worries are all gone as Yvonne’s first time taking it all off is in a word, awesome.

Basically the scene is so great because it involves things we would all do if we were in the situation – Yvonne’s co-star Adrien Brody walks in on her touching herself in the shower, and can’t help but just keep watching.  During all this we get some pretty hot views of Yvonne’s naked body through the shower door, but still, we want perfectly clear views here.  So then as she’s getting herself off she notices she’s being watched, and the guy runs off embarrassed after being caught like most of us probably would……then things get really good.

From there Yvonne basically busts the guy, but at the same time is turned on because she drops her towel and gives us a great ass shot, and from their the realness really kicks in.  As the couple start getting frisky against the wall and after a taste of Yvonne’s topless boobs, she gets turned around and gets it from behind…all while giving us a great side shot of her topless tits.

Think that’s the end? Nope, this movie just keeps on giving as we later get a shot of Yvonne’s naked ass in bed after having more sex with her co-star.  Things get a bit odd from there as there is another scene with some old guy going down on her, just to show that Yvonne Strahovski is ready to be naked in movies and let us see a little bit of everything!

If you’ve been waiting to see Yvonne Strahovski do a nude scene, “Manhattan Night” delivers the hot nudity we’ve been waiting for.  Check out the scene below, we’re hoping Yvonne is now ready to take it off regularly because she has proven steamy sexy scenes are definitely her thing: