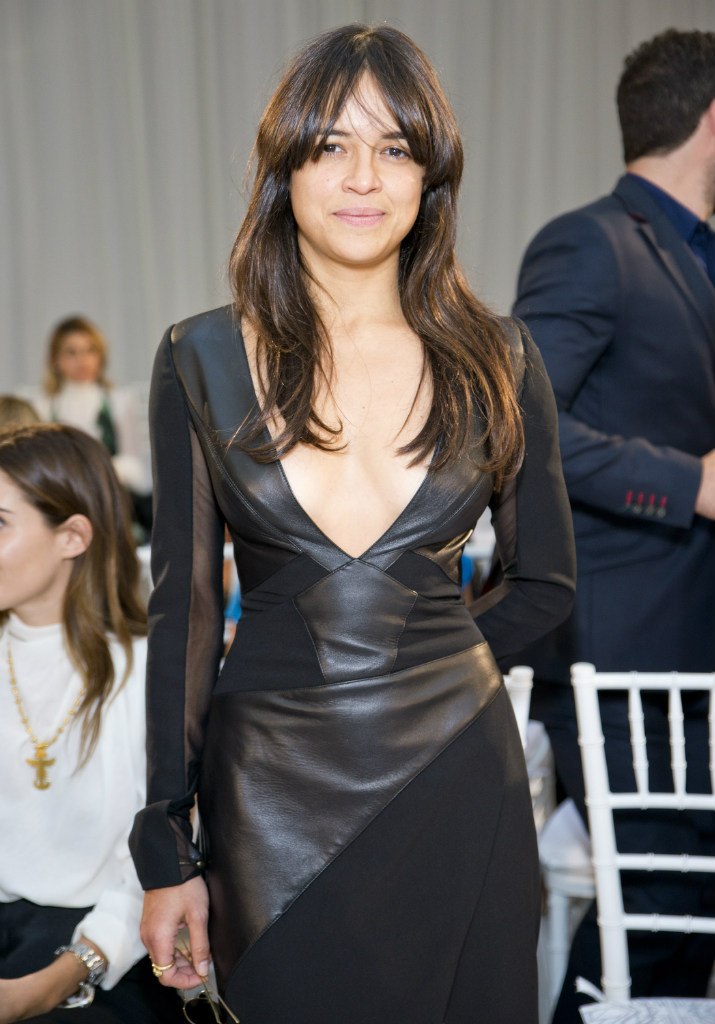 We love reporting on a celeb finally going nude after many years of waiting; such is the case today where we did not expect to ever be writing about Michelle Rodriguez full frontal nudity!

When we got word that Michelle would be doing a nude scene in the movie “The Assignment,” the expected excitement just wasn’t there after reading that the plot of the movie was that Michelle would be playing a….man.  Yes, the story here is that Michelle plays a male assassin who is somehow double crossed and surgically “altered” and turned into a woman.  This story could have gone a lot of ways visually but thankfully what we end up with is just the usual hot Michelle Rodriguez…naked.

We can’t help but think back to the days of the original “The Fast and the Furious” movie with “Letty” getting frisky but not naked or the “Resident Evil” series where Michelle had plenty of opportunity to do a nude or at least topless scene, but for whatever reason it just never happened.  To enhance our dirty minds even further, Michelle revealed that she was bisexual, a fact that was pretty well known being she had a relationship with Kristanna Loken and had fun at the beach with a topless Cara Delevingne. Still, all the lesbian fantasies and topless fun (without Michelle being the topless one) still had us wanting to actually see Michelle go nude!

The nude scene in “The Assignment” pretty much makes all the waiting worth it and the story comes off as very believable; as you may recall, Michelle’s character is a “man,” so when “he” wakes up to find out that he now looks like Michelle Rodriguez, the first thought is to run to the mirror and look at her naked body.

First we get the first shot of Michelle’s topless boobs and they are very nice.  For someone that never even went topless in a movie, Michelle Rodriguez lets them out in this movie and delivers a great view.  Next up, she inspects things down below and we see Michelle does have a bush and wasn’t as brave as Rosario Dawson in “Trance” where she shaved bald.  Michelle’s bush halfway has us wondering if it was one of those horrible merkins to hide her pussy, but knowing Michelle, growing a legit vagina bush doesn’t seem out of the ordinary either.

I have to say Michelle Rodriguez’s boobs are the real stars in these scenes because she has them out so openly in numerous scenes and it’s great to see her show them off after all these years.  A shaved vagina would have given us a better view of her lower portion and a naked ass scene is always welcome, but we can’t complain since we finally have Michelle Rodriguez nudity.

Check out the screencaps below that feature Michelle Rodriguez full frontal nudity from the movie “The Assignment:”