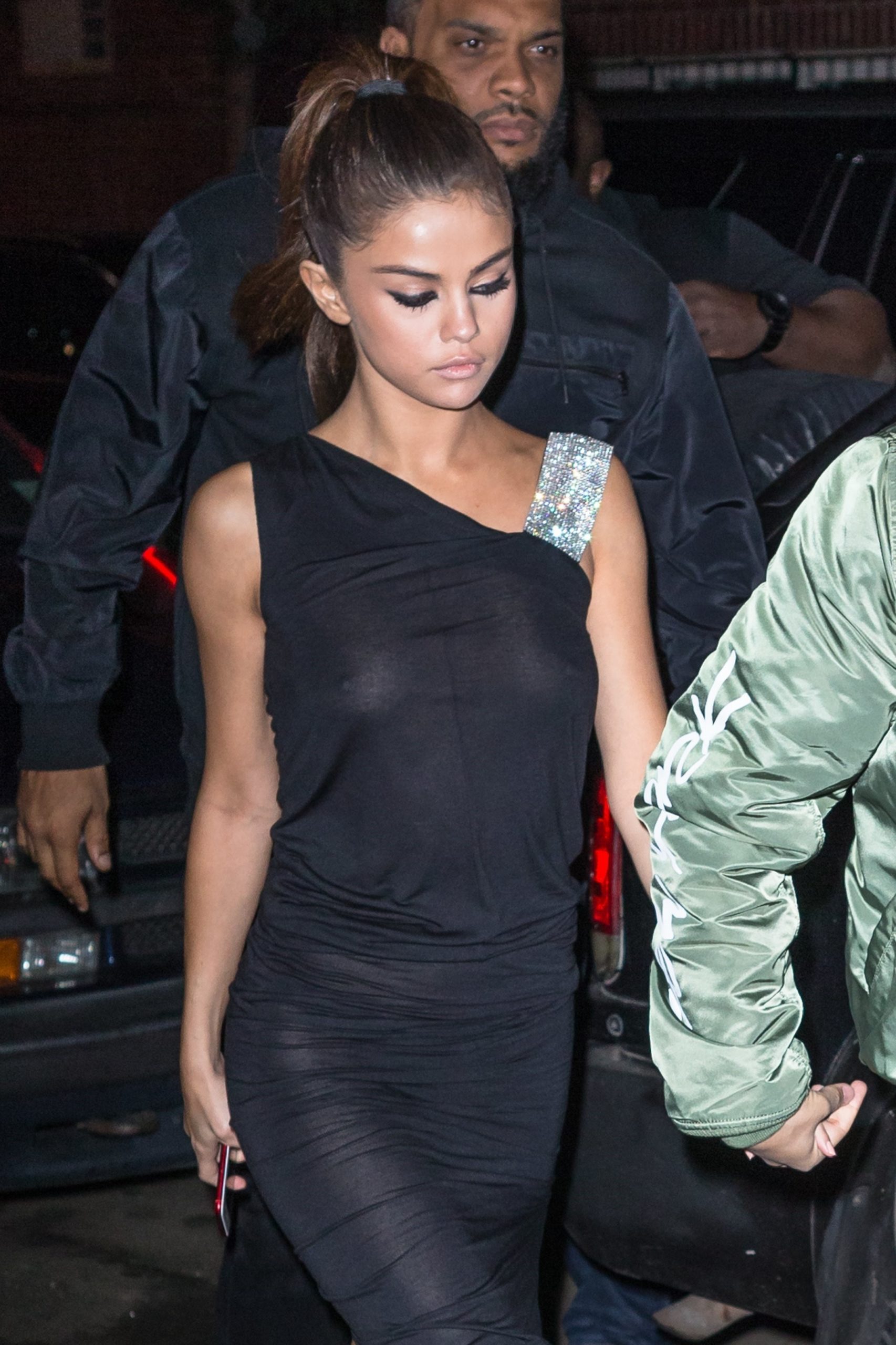 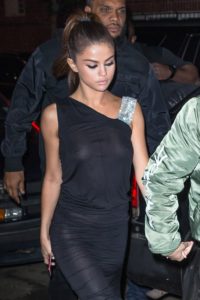 Remember when Selena Gomez was the good girl pop star that we hoped (but never believed) would strip down and let us see the goods one day? Well those days are apparently gone as Selena is opting to let us see what she’s got by rocking a completely see through dress while out with her man “The Weekend.”

So a few years we posted some hot Selena Gomez bikini pics from when she filmed the movie “Spring Breakers,” but even in a film that basically had a “Disney Girls Gone Wild” theme, Selena played the girl who held back and didn’t get drunk and have raunchy sex in the movie like her co-stars Vanessa Hudgens and Ashley Benson. Of course, back then Selena was with Justin Bieber in real life so the sweet young couple crap was played up for the most part, but now it appears Selena has slowly come out of her shell over the past few years and this dress gets that message across.

As for the pics, some have speculated it was one of those “OH I didn’t know my boobs would show in the light” type of dresses, but come on, you can see complete boob and nipple here and she obviously had to be aware of it. What’s maybe more surprising is that her man Weekend didn’t want her to cover up since obviously he could see it all too, but hey maybe he’s not too bad of a guy.