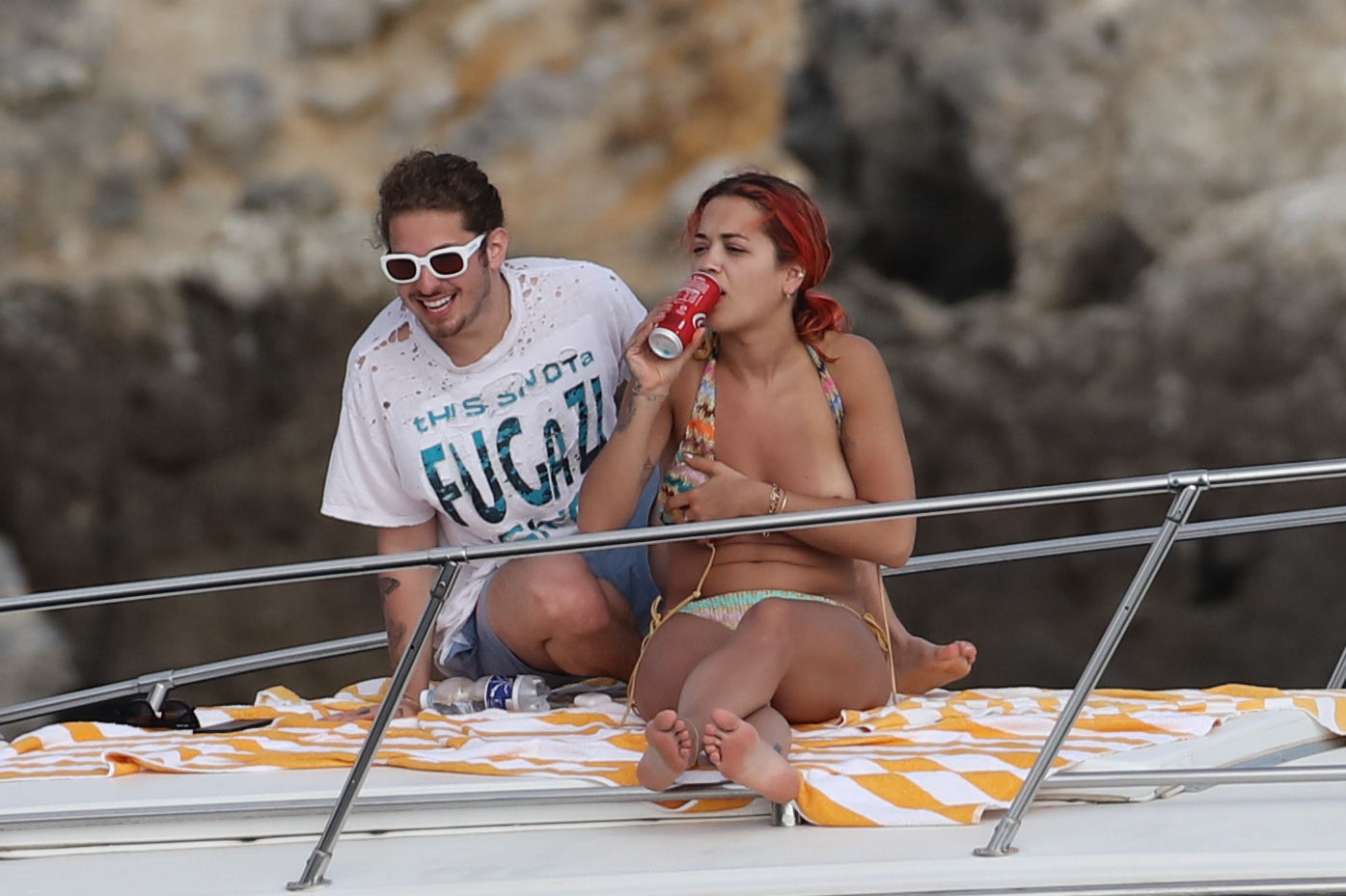 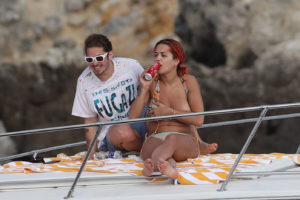 It’s been far too long since we’ve seen a celebrity vacation the proper way (naked,) but leave it to Rita Ora to get the job done by setting her bare boobs free.

Ever since she posed nude in LUI magazine, we’ve been waiting for more Rita Ora nudity and now it’s here. It appears Rita fell victim to the “I’m vacationing on a boat, there’s no way anyone could see” mentality, but sure enough one of our paparazzi friends got the full view. Of course, since Rita is not known to be shy, there’s also a chance she just didn’t care about her tits being seen which is fine by us as well.

While hanging out on a boat with a guy friend, it appears that Rita (or maybe her friend) felt the need for her to change bikini tops right then and there, so she did so without even trying to cover up. Her friend even seems to help her switch tops, admiring her “tan lines” at one point as she’s completely topless. This all makes us hope that the paparazzi are following Rita Ora at all times since she could strip naked at any point. While her hot boobs are something we never get tired of seeing, we can only imagine what else she could take off at any point. If she’s THIS open with her guy “friends,” she must truly be a blast to hang with.

Rita Ora has been one of our favorites since she’s shown a lot of skin already, but seeing her whip her top off and bare her breasts in public like it’s no big deal pushes her even higher up our list. Nude in a magazine, topless in public, now we just need a Rita Ora nude scene and she will be pushing legendary status here at NSFW Celebs!