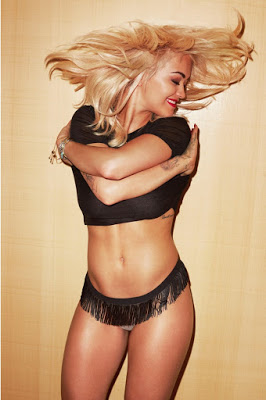 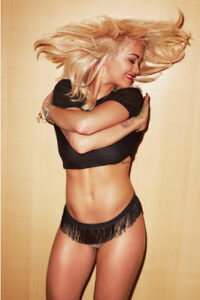 We’ve been waiting for another big nude debut to happen for some time now as it seems that Demi Lovato’s nude shoot might have been the last that really shocked us, but Rita Ora is someone we just had a feeling we’d be seeing nude at some point. When she first burst on the scene, the Rihanna comparisons were inevitable, but she’s stuck around for a few years now and obviously, the time has come for her to solidify a spot of her own by showing us she’s not afraid to get naked!

The big nude debut is for French magazine LUI, which Rihanna posed nude for a couple of years ago and it ended up being one of her most revealing shoots ever as well. The big factor here is that Rita’s nude shoot was shot by the notorious Terry Richardson, who officially has some sort of power that makes celebrities feel completely fine about getting naked. Yesterday we saw the cover of the magazine which features Rita completely flashing her bare boobs without a care in the world; it seems like she’s taken on a sense of freedom by baring her boobs, and we think it’s great even though it’s a tad overdue.

Today we have the rest of the shots, and they do not disappoint – we get more shots of Rita’s boobs, both topless and via a mesh top. We also a great shot of Rita’s ass and an unbelievable shot of her legs wide open (with a sheet covering her womanhood, unfortunately) with a boob exposed. These pics are great, and leave just enough out to leave us begging for more…..yes a complete fully nude shot would mean even MORE freedom Rita!

So Rita Ora is officially on our radar, and hopefully, she sees the attention she is getting from this awesome shoot; we love seeing you naked Rita, and if you’re telling us you have no problem with nudity, you are on your path to hall of fame status here at NSFW Celebs!