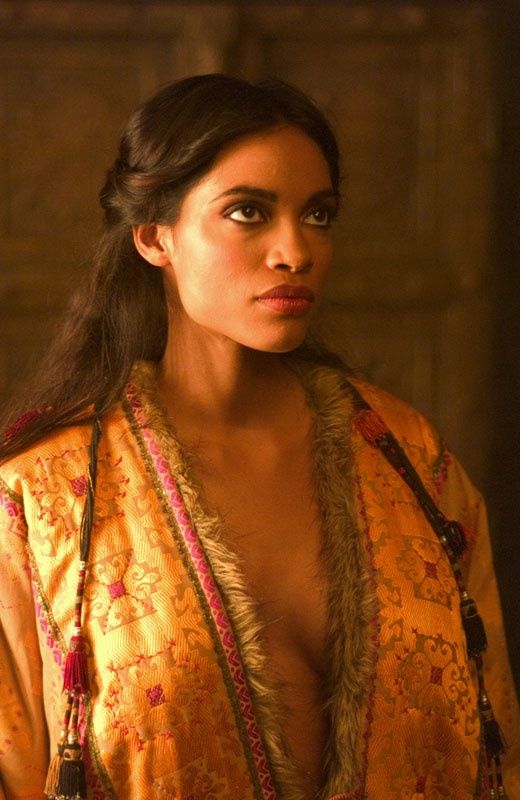 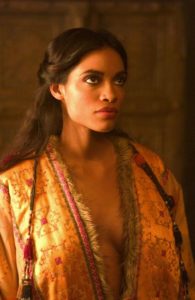 Today’s nude scene comes from the movie “Alexander” from a few years ago, which I guess was about some historical stuff or something but honestly, probably the only thing anyone remembers from it is the fact that it featured Rosario Dawson totally nude, which automatically makes the movie an instant classic.

Colin Farrel plays Alexander, who in this scene randomly tears off Rosario’s clothes revealing her giant tits and brief vagina and ass shots, but her boobs are on screen for a pretty decent amount of time. He obviously wants to bang Rosario and she’s resisting it, but then after being naked for a few seconds, suddenly she gets horny and they get their fuck on. This scene was much talked about because Rosario hadn’t really shown much of anything, besides a half-second of boob in “He Got Game,” this totally nude scene where she showed everything including her vagina was huge.

Since then, there’s been no more nudity from Rosario, but this scene shows her goods, even though the scene is dimly lit. So here it is, Rosario Dawson in all her nude glory from “Alexander:”