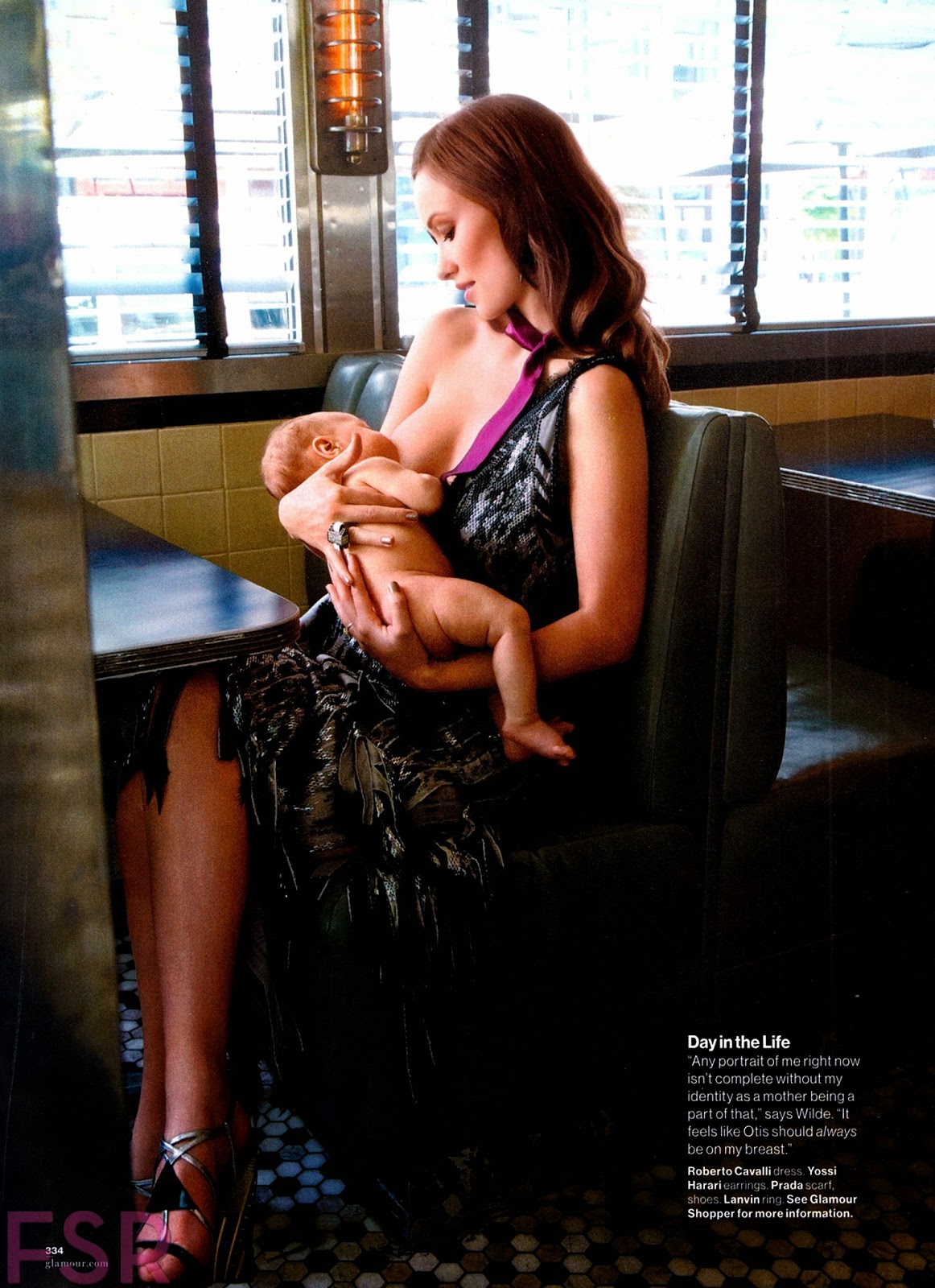 Welcome to the NSFW Celeb Breastfeeding Edition!  In all seriousness, this post may stir a bit of controversy due to the subject matter, but does seeing a famous boob in a breastfeeding situation make any of us want to see that boob any less?  That is the question you can answer as you take a look at both Olivia Wilde and Gwen Stefani pull their boobs out and do their natural motherly duties.

The common belief in the argument is that when a boob is pulled out for breastfeeding, it automatically becomes nonsexual and all interest in looking at that boob should automatically be lost.  Agreed, this is not a sexual act and the majority of people probably don’t even think about it that way – but it’s still a boob, we all like boobs, so why can’t we think it’s hot for a confident hot mom to go ahead and do what she needs to do…and even better if they don’t bother hiding it!

Moving right along, our subjects today are Olivia Wilde and Gwen Stefani – two hot moms who were recently seen breastfeeding recently in slightly different scenarios.  In Olivia’s case, she actually posed for a photo for Glamour Magazine as she breastfed her son.  The photo doesn’t actually show nipple but none the less it’s hard to say that Olivia Wilde loses any attractiveness, I mean who wouldn’t want to look?  Olivia’s awesome attitude comes across in this recent post about the pic from her Twitter:

“Otis ordered milkshakes. Luckily I had some on me. Then he peed on my dress. Good kid. #boobfood #whennaturecalls”

So if Olivia doesn’t care if anyone sees, why should anyone else???  I mean she’s gone topless in movies, so if we’re allowed to see her topless there then there’s nothing wrong with seeing her boobs in a more natural state in our opinion.

Next up we have Gwen Stefani who pulled her newly BIG mom boobs out to feed her child while on vacation in Italy. This one was an attempt on being a little more discreet, but one of the super skilled paparazzi still got a peek.  This is such an eye opener because Gwen is one of those celebs that has always been hot over the years, but also a celeb we’ve never seen much skin from.  Of course the fact that Gwen suddenly has BIG boobs which is something she’s never been known for at ALL is something that makes these pics all the better.  In these shots, we actually do get a nipple view which is a great surprise that we never thought we’d see: