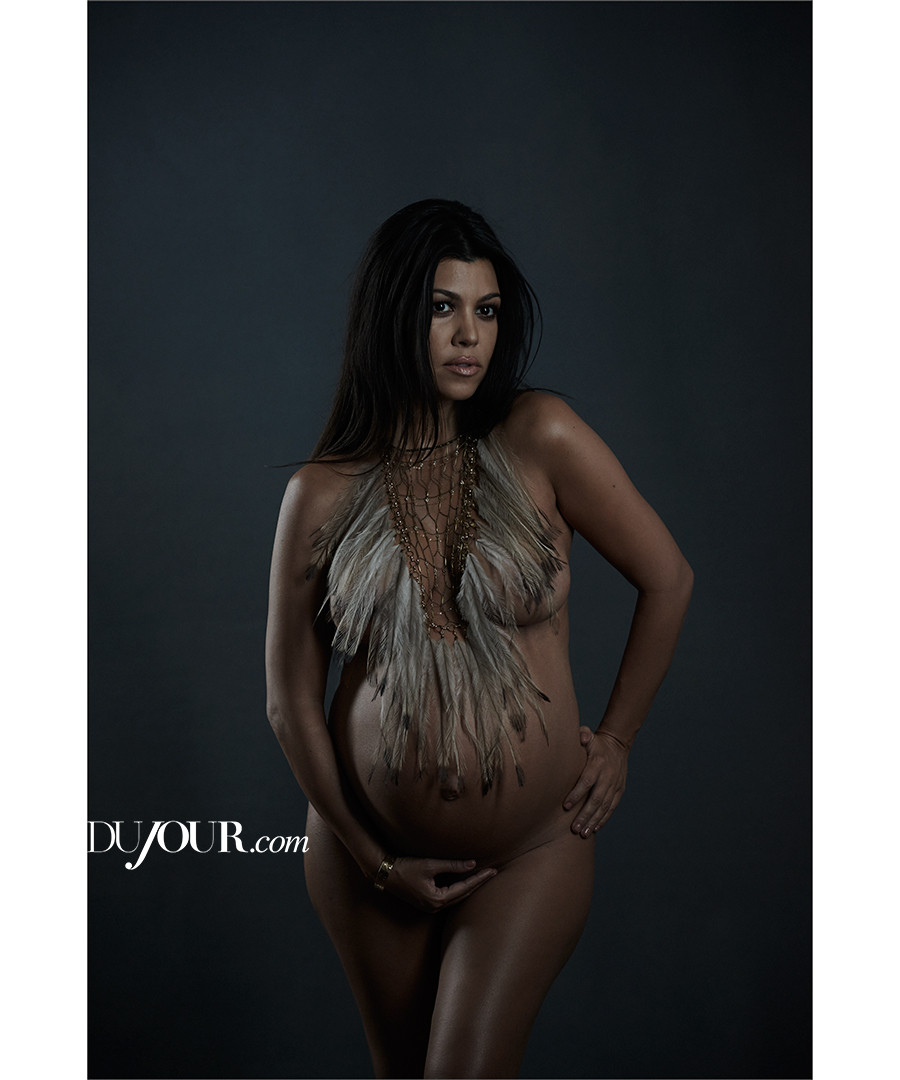 It’s hard to believe that it’s been over 7 years since Kim Kardashian became famous for having sex on tape; yes, believe it or not, Ray J was a bigger celebrity back then and Kim was just the chick he banged in a sex tape.  Before long the whole Kardashian clan was famous and had more reality shows than we can keep up with and along the way we came to know her sisters who we hoped would also get naked in various ways over the years.

Sadly, none of the Kardashian (or Jenner) sisters have followed in Kim’s sex and nudity footsteps, but today we’ve finally got Kourtney taking more clothing off than she ever has before.

Over the years we’ve had such teases from the other Kardashian sisters such as Khloe spanking Kourtney in a thong which drove us crazy since it’s so obvious that getting naked is the key to relevance for the Kardashian family (just ask Kim about her nude pic leak from a few months ago that lit the Internet up once again.) Apparently Kourtney is starting to get the idea as these pictures from DuJour.com show.  Kourtney thinks being pregnant is a great reason to be nude because it’s such a “beautiful thing”…..we agree.

So Kourtney says in the article that she regularly walks around nude even with the camera crews in her house because she’s just that comfortable….we’re starting to think her reality shows would be MUCH bigger hits on the Playboy channel!  When asked in the interview if she would ever pose nude while not pregnant, she went with the “never say never, but I don’t think so” response, which we translate to “it would have to be for the right price.”

In the pics we see Kourtney with no panties on in most of the pics and a little boob showing, but the big home run here is Kourtney in a wet top that gives us a complete view of her boobs for the first time we can recall……and yes they are as big and nice as we’ve always expected.  Now it’s time for someone to shell out the big bucks so we can see a Kardashian NOT named Kim show it all.

So enjoy these “artistic” “beautiful” pregnant nude pics of Kourtney Kardashian, and lets show her that she can be the star of the family if she keeps showing skin like this (are we the only ones that are really missing just ONE naked ass shot here?!) *Edit – we did end up adding a pic that shows some Kourtney ass!*