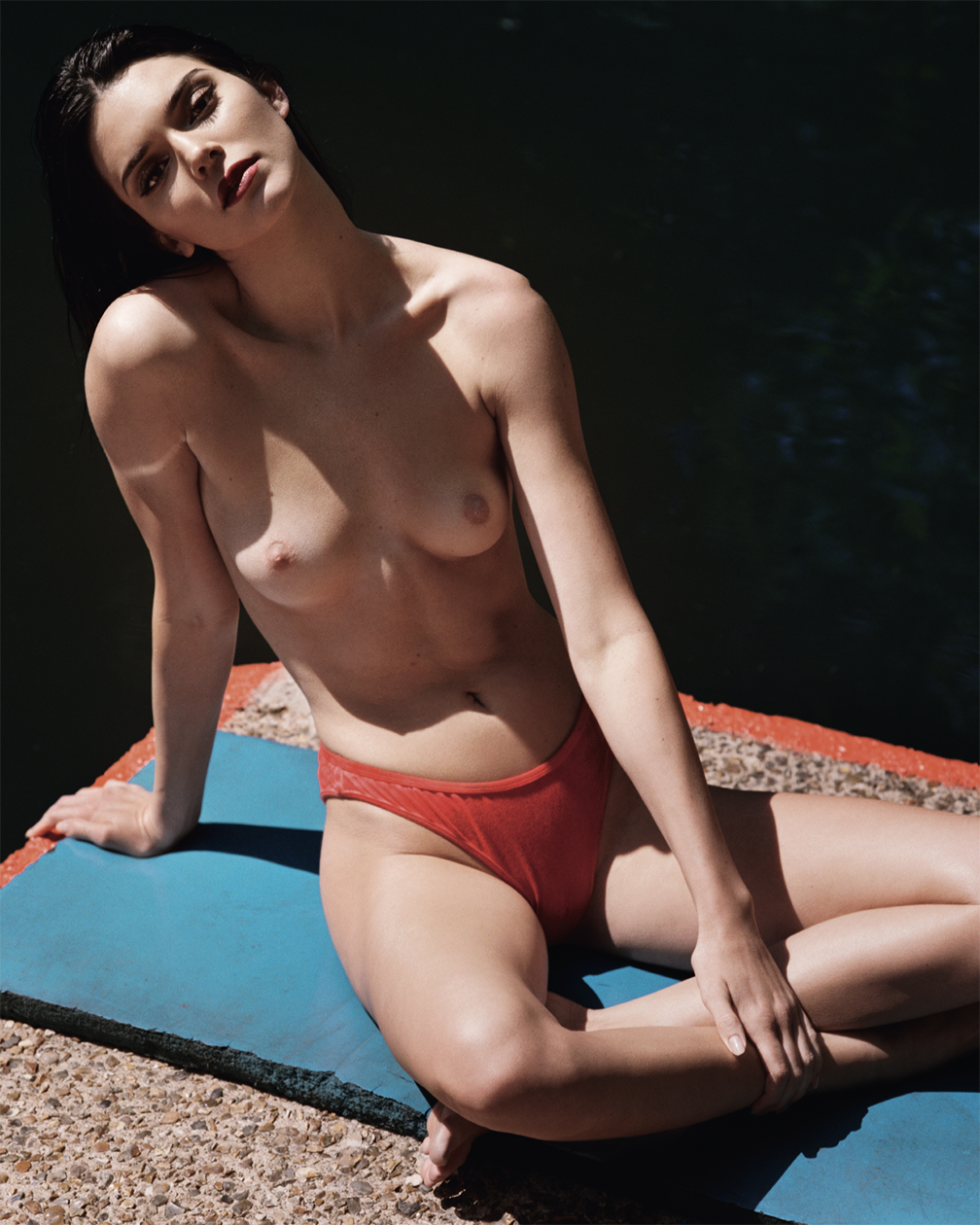 Just last month we posted on Kendall Jenner finally showing her topless boobs after years of teasing us.  Obviously, Kendall liked the feeling of letting us see her naked because now she’s taken things to the next level by going fully nude for an ultra-hot “Angels” photoshoot.

This shoot was done by Russel James and features Kendall frolicking at the beach completely naked. While seeing Kendall Jenner’s boobs was hot, seeing her bare ass and some pretty close to full-frontal shots is plain jaw-dropping.  The sheer number of photos is what really makes the shoot so enjoyable. We have Kendall running naked on the beach, climbing trees nude, and even riding a horse (which seems to turn her on, let the fantasies begin!

Of course in this day and age of the Internet, some people are criticizing the pics for the use of Photoshop and the possibility that Kendall may have worn some sort of patch over her vagina, but come on, we can see almost every bit of her body so we can’t complain about her choice to at least (barely) cover her clit. The fact is her topless tits are out in almost every pic and she is glad to let them be seen!

This photoshoot may solidify Kendall Jenner as the queen of the Kardashian sisters – many thought it all along, but now that she’s doing nude shoots like this it will be hard for any of the other sisters to compete. Now if one of them wants to get another sex tape out there we of course would review it and give them a chance, but beyond that, we don’t see how there is an argument that Kendall isn’t the hottest sister in the family after seeing this nude shoot:

You can view all the Kendall Jenner nude “Angels” photos over at the Phun Forum.