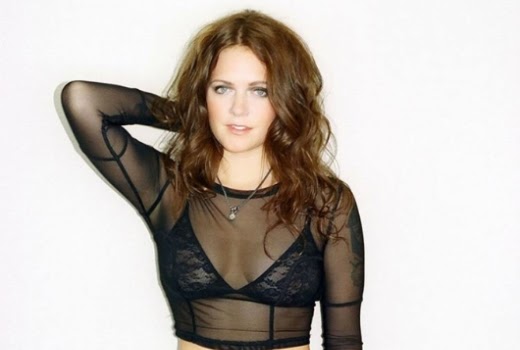 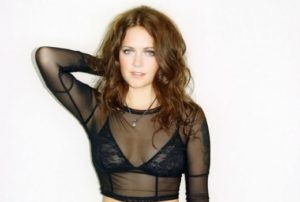 If you listen to pop music at all, even if you haven’t heard the name “Tove Lo,” you most likely have heard her hit song “Talking Body.” This is where we stood not long ago as we had definitely heard the song but really didn’t pay attention to who sang it; now due to headlines reading that Tove flashed her boobs on stage at recent shows, we definitely know who she is now.

Tove Lo (full name Ebba Tove Elsa Nilsson – we’re glad she shortened things up) is a Swedish-born pop singer that has actually been around quite a while, but it seems like just in the past year or some she’s learned how to grab a LOT more attention. She’s a barefoot hippie type performer, and apparently has added boob flashing as a signature part of her performances.

The initial news that caught our attention was that Tove flashed her boobs at the Rock in Rio Las Vegas show last week; here is a video from the performance where Tove does indeed flash her boobs in a very seductive way which would normally just be a tease from most other performers, but Tove delivers the full boob shot at about the 2:45 point:

Now that would be great enough – a random boob flash at a random show, but with a little research we’ve learned that Tove Lo flashes her tits at just about every show during the performance of “Talking Body.” There really couldn’t be a better song for her to flash her tits since the song’s chorus is “If you love me right, we fuck for life, on and on and on”….so what better song to feature boobs?

So Tove Lo apparently supports the #FreeTheNipple  movement and believes women should be able to show their boobs any time they want, which of course is a movement we’ve supported for quite some time now. So in honor of the movement, we’ve uncovered even more great videos of Tove Lo flashing her tits on stage during her concerts – could someone tell her that the Lady Gaga signature vagina flash  should be next?