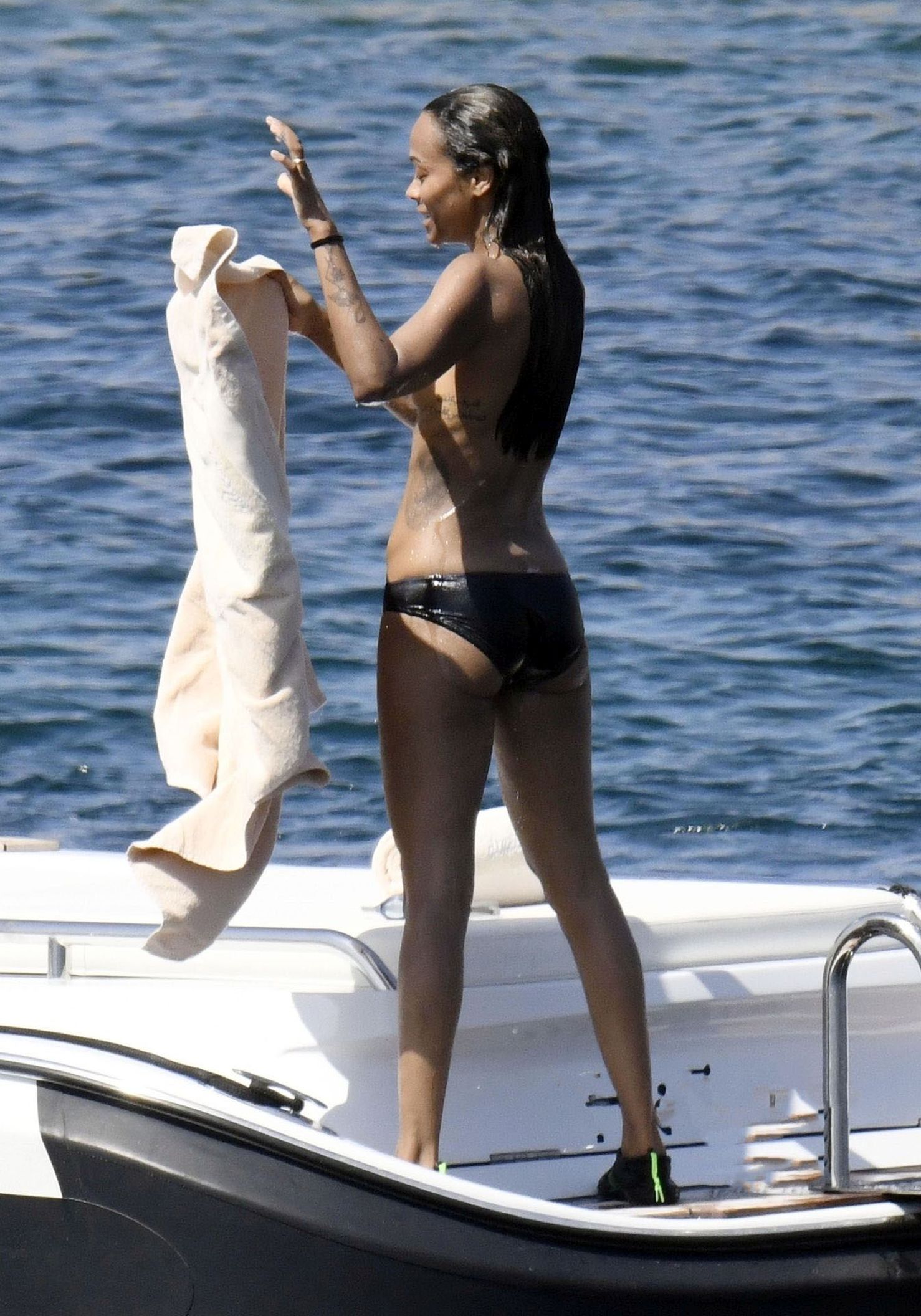 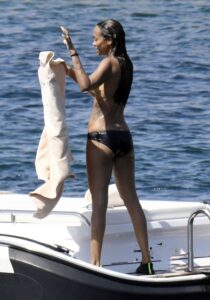 It seemed like big-name celebrities going nude out in the open was almost a thing of the past. In this day and age where everyone has a camera available at all times on their phones, celebs seemed to understand that their naked fun has to be kept behind closed doors. Rita Ora is one of the few that came to mind while putting this post together since she too had her boobs out on a boat, seeming to not care who saw, and now today we got another great surprise as Zoe Saldana went completely topless without even trying to cover up her tits.

The mere idea of a major actress going topless out in the open is huge enough, but when it’s one like Zoe Saldana who really hasn’t given us much nudity to speak of on-screen, it’s even bigger. These pics had us thinking back to Zoe in “Columbiana” where she gave us BRIEF peeks at her nipples, but we were hoping for a full-on raunchy sex scene that showed it all. Since then, Zoe has of course become an even bigger star in her role as “Gamora” in the Marvel Universe, which we thought ensured she would never get naked, and if so, it would take huge bucks to make it happen.

But no, here we are looking at Zoe Zaldana’s topless boobs in all their glory as she hangs out on a boat in Italy. They really are a sight to see as her nipples are quite jaw-dropping, and on top of everything else, her ass looks great as well. Keep in mind this woman is now 43, has 3 kids, yet still looks like THIS half-naked: