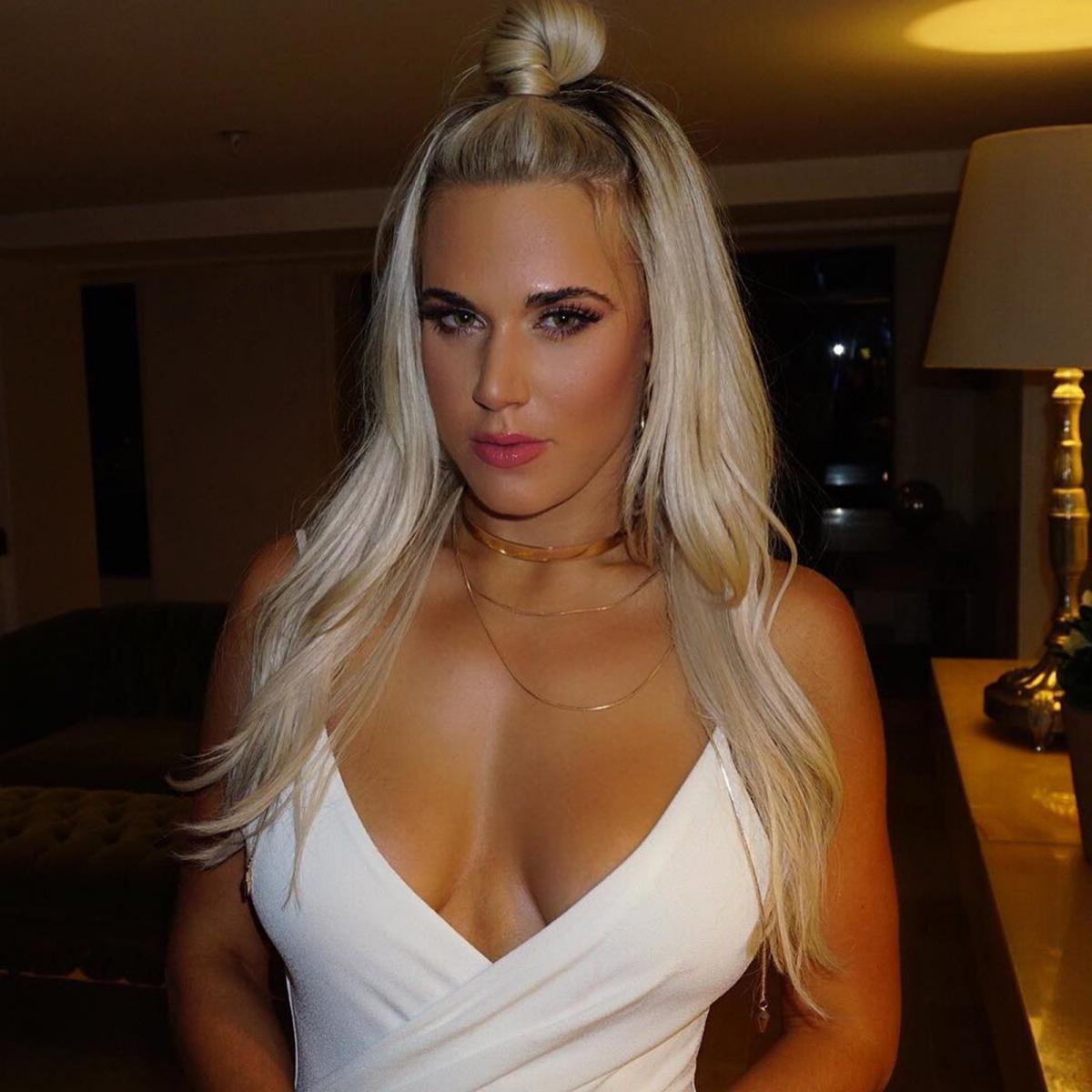 A couple of years ago when WWE Diva “Lana” hit the wrestling scene, we of course had to check for any dirt from her past and surprisingly it turned out to be a goldmine in the nudity department.  It seems before she became “Lana,” C.J. Perry was an accomplished dancer…..and nude model; yes, Lana’s nude modeling pics have been a huge hit here on our site, and now we’ve also discovered that she even appeared in a topless scene for the Cinemax series “Banshee.”

It’s still shocking to hear about any current Diva doing anything involving nudity since WWE is now all about woman power and strong women etc., but we still believe many want these women to be sexy too.  Lana’s character was an uptight Russian snob at first, but she’s been able to show her sexier side a bit more in the past year.  Still, imagining Lana in a sex scene with some guy and going topless with her boobs in full view seems like a fantasy….but the scene happened, and it’s pretty great.

The only problem is the scene is  a bit short, and if the scene had kept going Lana probably could have been a Cinemax legend.  Still, seeing a WWE Diva in a topless sex scene is awesome and it’s hot enough that it makes you wonder how the TV-PG WWE didn’t have a fit over it, but they probably enjoy a little Cinemax action too.

So enjoy this scene from “Banshee”  featuring WWE’s Lana having a great time with some guy in a casino and then having him take her in the bathroom to  snort drugs off her topless tits…..sounds like a party for sure.  We have to wonder if her fiancé, WWE Superstar “Rusev” enjoys seeing his woman’s boobs on one of the legendary cable channels for nudity… “We Want Lana” indeed: