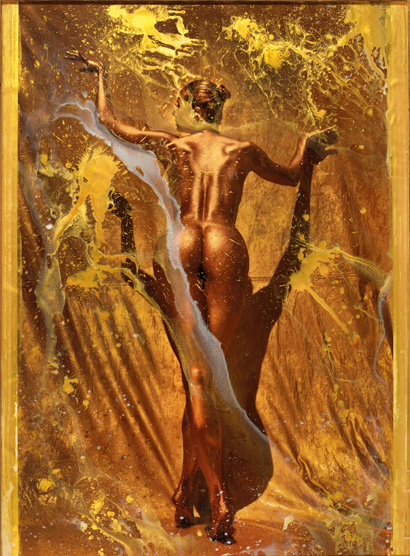 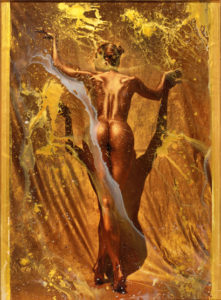 The new book Culo just keeps on delivering, once again giving us a celebrity that has never done nudity finally giving us something. It is well documented on our site that WWE Divas and even former WWE Divas are very popular here, and it is especially rewarding when one of the most sought after former Divas gets naked after years of hoping. That’s right, today the Culo book gives us former WWE Diva Stacy Keibler finally getting naked for multiple pics of her bare ass.

Stacy Keibler was known for years involved in wrestling with both WCW then WWE as having the longest, greatest legs pretty much ever. She was in the fun era of WWE when divas like herself and Trish Stratus were in some sort of sexual situation or skimpy outfit on a weekly basis. Sadly, every year when it was time for a Diva to pose for Playboy, it was never Stacy. So we’re talking around 10 years of fans hoping Stacy Keibler would get naked in some fashion.

When Keibler left WWE and moved on to other things in Hollywood, there was again hope that she would end up showing some skin SOMEwhere. Well, it hasn’t happened all these years, and when Stacy made headlines when it came out that she was now George Clooney’s woman, it seemed like our chances were slimmer than ever. But thankfully, Stacy must have seen all the other celebrities stripping off for the Culo book and felt now was the time to show her awesome ass.

And what an awesome ass it is. WWE always highlighted her famously long legs, but her ass is just as fantastic as you would think and worth the years of waiting. In previous posts about the Culo book, we’ve seen that each celebrity has one pic, but Stacy Keibler’s ass is worth THREE pics in the book. 2 of them are similar to both the Nicole Scherzinger nude ass pic and the Fergie nude ass pic style and pose wise, but the third pic stands out as possibly the best pic in the book. We see Stacy just hanging out nude with a couple of female models, one of whom is Chrissy Teigen.

So 2 artsy pics of Stacy’s ass, and one normal pic with some great lesbian vibes, we’ll take it! So for her WWE fans, fans of her famous legs, and for people who are just jealous of George Clooney, here is Stacy Keibler in all her nude asstastic glory: