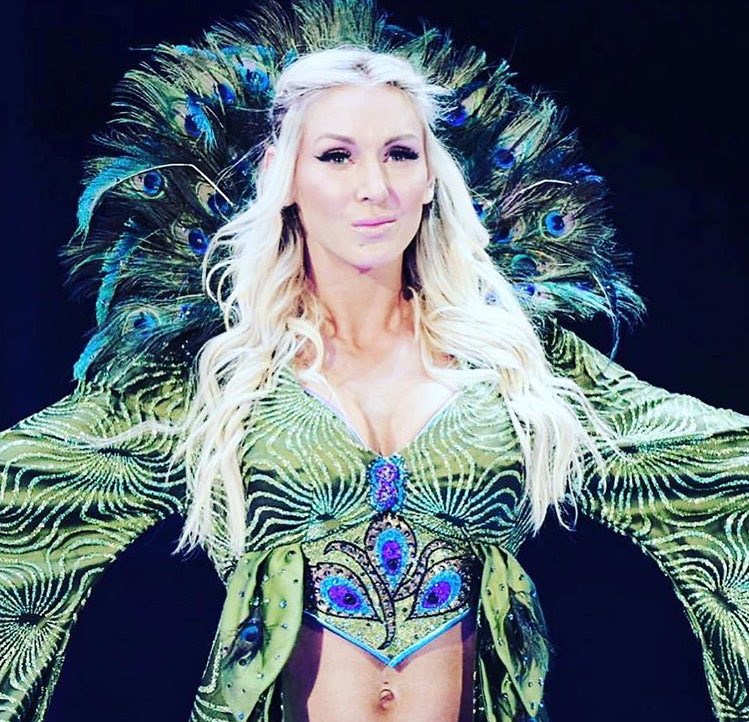 It used to be a regular occurrence to turn on WWE programming every week and see bra and panties matches and all the sex-driven female characters we could ask for. Back then there was even a deal with Playboy that guaranteed we would see a WWE “Diva” nude ever year. Today things have changed and it’s a rarity to get anything sexy from the WWE ladies, much less nudity.  But today thanks to ESPN we get to see one of WWE’s biggest stars in Charlotte Flair pose nude.

The yearly “Body” issue of ESPN Magazine is a bit of a sneaky way to say “hey we respect your athleticism, but we also want to see you naked!” We’ve seen names like MMA star Gina Carano and now fellow WWE star Ronda Rousey strip naked for the “Body” Issue (we even reported that leaked full frontal nude images of Rousey surfaced online from the ESPN shoot.) This year Charlotte Flair joins the list of elite athletes that prove they look good naked.

This nude shoot from Charlotte has to be a bit of redemption being she was the victim of a nude photo leak last year that she was none too happy about. One of the most talked about aspects of Charlotte’s leak was that it revealed she was also the victim of a bad boob job. The leaked photos seemed to be more about documenting her body rather than being sexy, but the nude ESPN shoot definitely ups the sex factor.

Have you ever imagined how Charlotte Flair would look if she wore one of her famous robes and nothing under it? The ESPN Body Issue delivers that! Were you mad that no pics of Charlotte’s ass were part of her nude leak? ESPN has you covered there too.  How about Charlotte walking up the ring steps naked wearing ONLY her boots? It’s all here.

Needless to say, having a WWE female pose nude in this era is pretty amazing. While nipples and vaginas are apparently still sacred, this is more of Charlotte that we’ve ever seen and likely ever will. While her leaked nude photos were a bit underwhelming, she more than made up for it in the naked shots below: 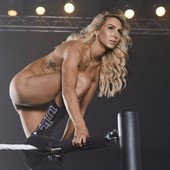