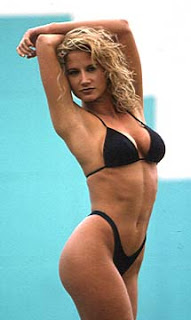 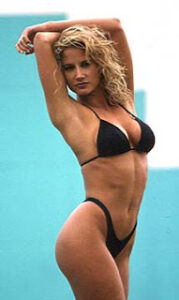 Today we continue our popular series on the nude women of wrestling, by featuring what many consider the original Diva in wrestling.  Back in the mid-’90s, the then WWF (now WWE) decided to take things in a more adult direction, in an effort to compete with rival WCW.  One of the big reasons WWE became so hot at the time was no doubt “Sunny.”  Sunny (real name Tammy Sytch) was the hottest thing wrestling had seen, ever.  WWE went from corny cartoon to red hot sex when Sunny became hugely popular.  Sunny was in magazines, had thousands of online searches, took hundreds of the hottest bikini pics ever seen,  and was the ultimate object of desire for wrestling fans in the mid to late ’90s (as seen in the pic to the right.)

After her big run in WWE, it became apparent that Sunny and her husband (the late Chris Candido) were involved with drugs, and Sunny’s career fell fast.  Sunny was gone from WWE, but Tammy Sytch was still involved with wrestling.  Then came the news that Tammy was going to pose nude for something called “Wrestling Vixxxens” with Missy Hyatt.  Much joy spread to all the wrestling fans who waited years to see Sunny get naked.  When the day finally came, we saw Sunny nude, but sadly Sunny wasn’t the same, and throughout the many nude pics she took, she only got worse.  Sunny had put on weight, was pasty instead of tan, and just looked more like a sloppy stripper.  Tammy did numerous shoots, some even with Missy Hyatt (who we won’t even go into) and other girls.  She showed her tits, ass, and pussy, although many times looked very uncomfortable doing it.  In later years, Tammy talked about hating the experience, and how Missy pushed her to show more and go all out and admitted she regretted the whole experience.

In recent years, Tammy got off the drugs, lost weight, and actually looks good.  She has made a couple of returns to WWE, including an appearance at Wrestlemania 25.  If you want to relive the hotness of Sunny from the 90’s, view the pic to the right, and if you still want to see Tammy Sytch naked from her drug years, see the pics below: