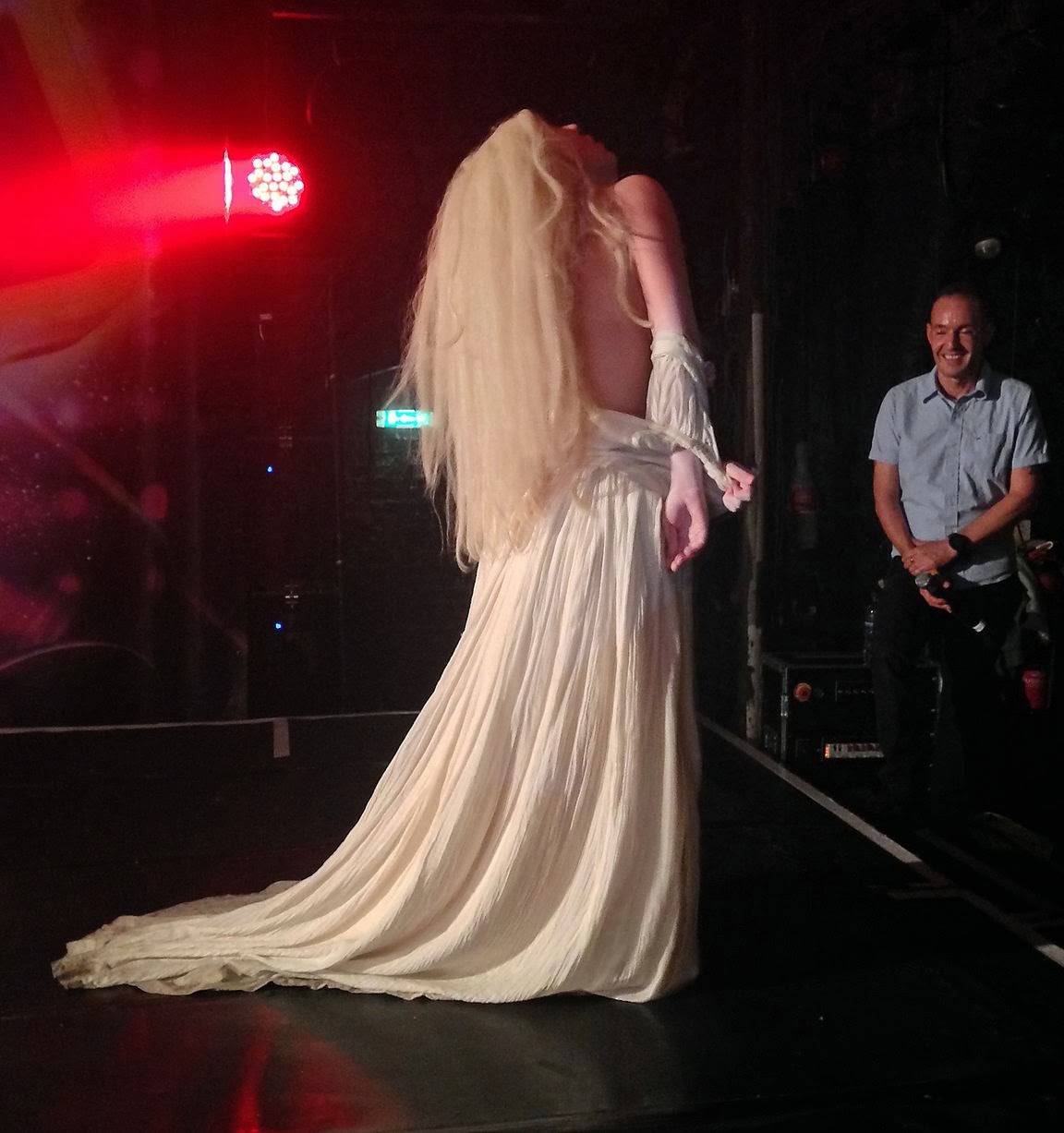 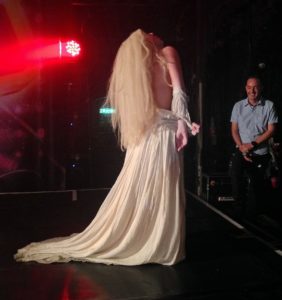 Say what you will about Lady Gaga, but we’ve been posting on her getting naked for around 4 years now and it’s always been clear that she knows what her fans want.  Last year when she was touring on her “Born This Way Ball” tour, it seemed like she had softened up a bit and gotten away from some of her infamous crazy antics.  That tour was cut short due to Gaga needing hip surgery, but we’re glad to report that Gaga is back with a new album and crazier than ever!  Basically, the message the past couple of months from Gaga has been “I’m back, and I’m getting naked every chance I get!”

If you ever wondered how smart Lady Gaga is, all you have to do is take a look at what she’s done to promote her new album “Artpop.” From posing topless in magazines to showing up to appearances in sheer white gowns with nothing under but a thong, Gaga knows that getting naked = getting attention for herself and hence her new album.  The pinnacle of all this buildup to Artpop happened over the weekend as Gaga made a surprise appearance in London at a gay club to debut her new song “Venus.”  Gaga once again appeared in a white flowing gown, but this time she went farther than we ever would have guessed.

As Gaga appeared in her ghostly attire and addressed the crowd, we were reminded of the old days when you never knew WHAT the hell Gaga was going to do.  She went into performing her new song which of course the clubgoers loved, but before long Gaga was hiking up her gown, pulling her panties down, and giving the crowd a quick pussy flash!  We couldn’t believe our eyes, but yes it really happened.  That would’ve been enough to make us once again bow to Gaga’s greatness, but she had one more trick up her sleeve.

To end her 1 song performance/appearance Gaga slowly made her way off the stage in the same fashion she had entered, but before exiting, Gaga proceeded to totally strip down nude and exit the stage wearing nothing.  Gown off, thong off, we’re talking total nudity.  Now of course we would’ve loved it more if Gaga faced the crowd from the center of the stage for a full-frontal shot, but how can we complain?  We did get a full-on naked ass shot, as well as some full sideboob.  Judging by the angle, there COULD be some pics/video that eventually surface of some full-frontal Gaga, but for now, we got a perfect view of her naked ass along with a totally shocking vagina flash!

Check out the best quality/angle video we’ve found so far below, as well as some of the best pics of Gaga’s nude exit!  Now if only all-female musicians would take note and realize how much attention Gaga got from this and follow suit…..can you tell we love Gaga even more?  I guess all the critics that were all over her for gaining weight just over a year ago have now been silenced….until they find something else to pick on her for. 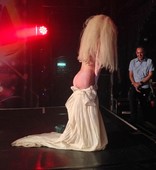