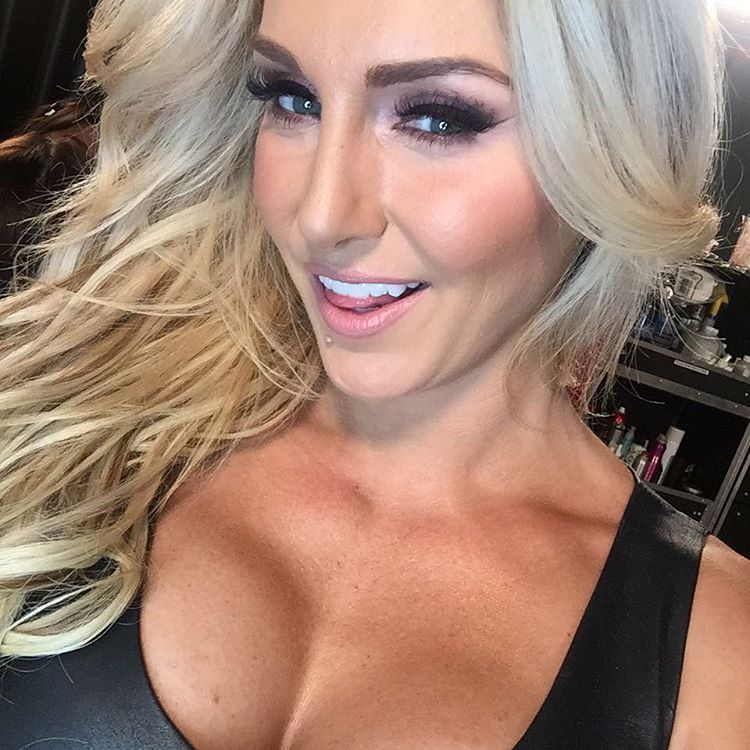 Just when we think the latest round of nude leaks may have ended, the controversy comes roaring back with leaked nudes from one of WWE’s biggest current stars, Charlotte Flair.

Of course, a couple of months ago the wrestling world was rocked by the Paige nude pics and video scandal, but these pics of Charlotte are almost as shocking simply because Charlotte is a current WWE star on TV and also is the type that is all business in the ring and not pushing the sex factor.  Charlotte (real name Ashley Fliehr) is of course the daughter of the legendary “Nature Boy” Ric Flair and has been pretty accurately presented as the female version of her dad as a wrestler.  Charlotte quickly became one of the top female talents in WWE and has recently been deemed “The Queen” on television after her success over the past few years.

Well, now we have another reason to call Charlotte Flair “The Queen” as these leaked nude photos show off Charlotte’s fit body more than ever before.  The set features selfies taken by Charlotte in various states of undress. The first few feature Charlotte topless and in panties, then the panties come off and we get full frontal nudity (yes, she shaves.)

It appears these photos were taken during her time in NXT (must have been one hell of a party going on in that era) since Charlotte looks a bit younger, but she still has big boobs that may have even got bigger since this time. There are also a few pics that look more recent that feature Charlotte in a bra and panties, and those pics offer some ass shots as well.

In some cases with leaked nudes like these, we aren’t 100% sure that they are real as either the person’s face aren’t clearly shown or there is no acknowledgment at all by the person; in this case, Charlotte has taken to her Twitter to 100% verify that the pics are real as she acknowledged the nude pics and demanded they be removed from the Internet – somehow we believe the Internet won’t follow the Queen’s orders.

The Charlotte nude selfies are currently posted on the message boards that regularly post leaks.