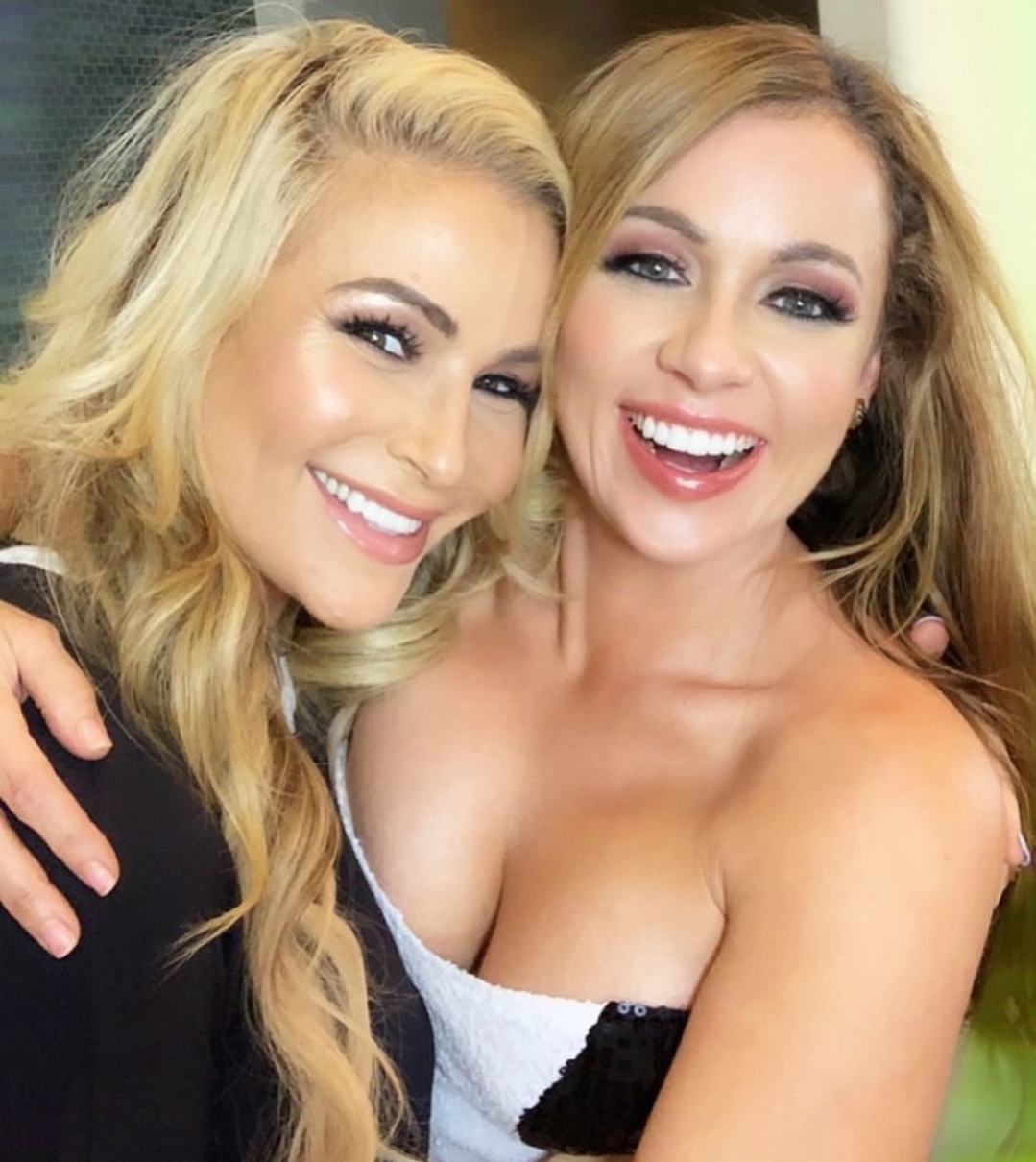 It’s Super Bowl time and that means millions of people are cooking up something special for the big game; in the case of WWE star Natalya and her sister Jenni, an extra side of boob comes with that.

As many of you will recall, we’ve covered “The Neidharts” YouTube show where Natty and Jenni seem to be bouncing their boobs around more than anything. We previously pointed out that when they tried doing wrestling moves in their robes, there were of course were wardrobe malfunctions that had us surprised this show could even be on YouTube.

Now the Neidhart sisters are back with their Super Bowl show and the aim was to make nachos – the result was Natalya’s tits falling out on camera. It seems like every episode of this series ends up with some sort of cream on Natalya and Jenni’s faces or chest, and this was no different. After the usual eye-popping boob bouncing, the sour cream is soon smeared on their faces and boobs, but when Natalya goes to body slam her sister, her boobs pop right out (seriously, are they even concerned about them being seen at this point?)

You can catch the glimpse of Natalya’s boobs at around the 9:45 point, so be sure can see them before they realize and undoubtedly edit them out: