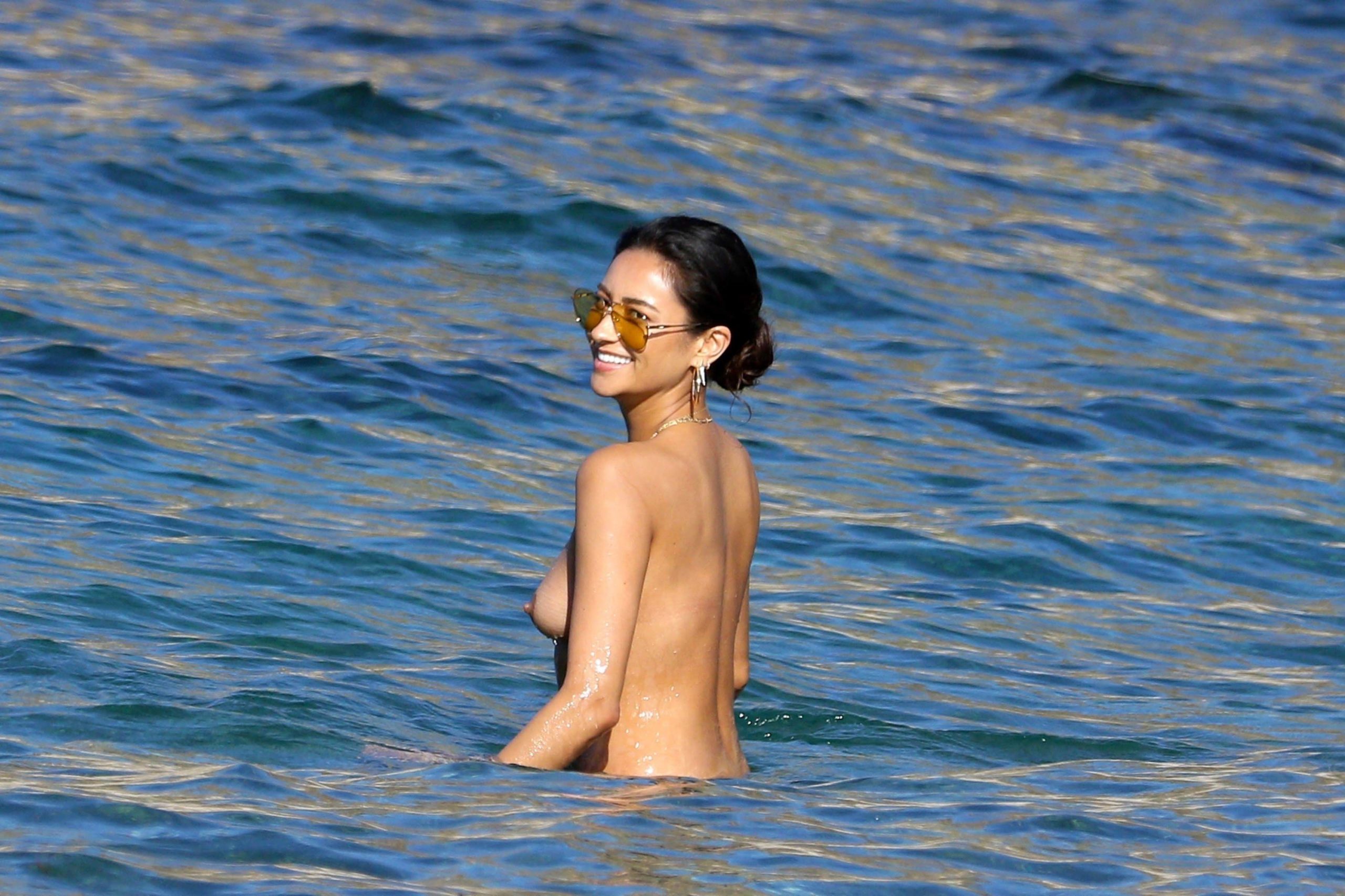 A few years ago we were happy to report that Ashley Benson went topless at the beach with a friend and that if there was ANYthing negative about that, it was that her hot friend Shay Mitchell went topless too but the photos only caught Benson’s boobs.  Today that wrong has been righted so to speak as Shay Mitchell topless photos from a beach in Mykonos have surfaced and she made NO attempt at all to hide her boobs.

Shay Mitchell is mostly known for being on the show “Pretty Little Liars” along with her topless bestie Ashley Benson, so fans of that show will undoubtedly be happy knowing we’ve seen them both topless now. The only thing left now is for these girls to realize how much attention they would get by doing a lesbian scene together and not trying to hide their boobs as Benson did in “Spring Breakers.”

What made this topless adventure amazing to us is the fact that Shay seems to realize she is being photographed and doesn’t care – this is surprising because, in the previous Ashley Benson topless photos, Benson and Mitchell seem to find what they thought was the most secluded area of the beach before taking their tops off.  In these new photos, Mitchell is again topless with a friend but they seem glad to bare it all as Shay even looks to be smiling directly at the camera! This all appears to have gone down at a nude beach judging by the people in the background, so getting naked must have been the plan for the day all along.

So the photos below finally give us the view of Shay Mitchell topless that we’ve been waiting for, and she isn’t wearing much in the bikini bottom department either so the nice ass view is a bonus! One thing is for sure, Shay Mitchell loves going topless with her friends at the beach – kind of makes you wonder what all these girls do behind closed doors: