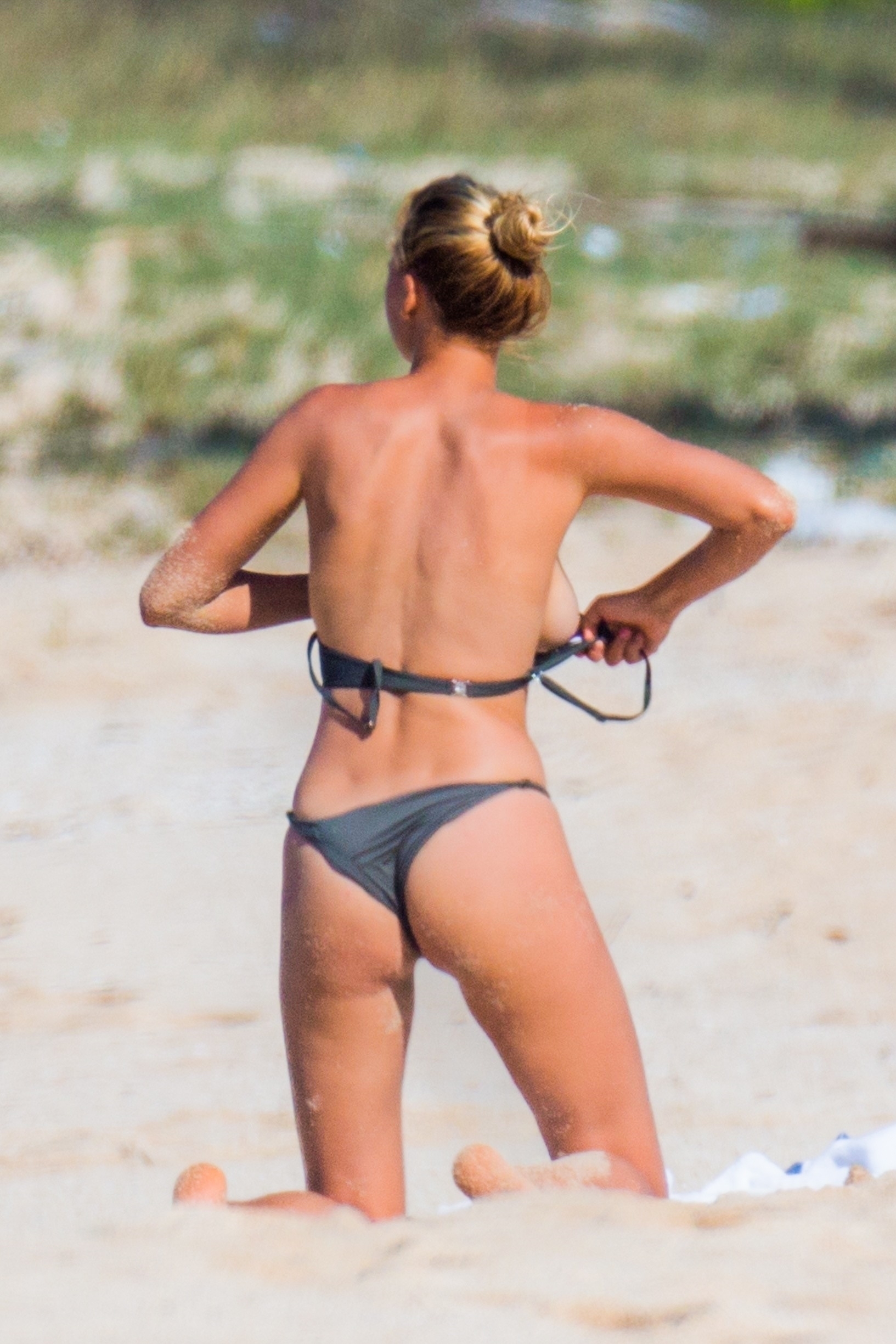 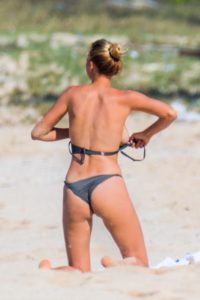 While temperatures in most parts of the country are basically freezing, celebrities are spending their time in places with much less clothing required. Yes, it’s celebrity bikini season and we already have instances of celebrities wearing tiny bikinis, and sometimes even THOSE are too much. Today we have Kelly Rohrbach (who you may recognize as the new era’s “C.J. Parker” from the Baywatch movie) going for the full-on boob tan while at the beach in Hawaii.

Now we’ve seen this type of thing before but it doesn’t mean we’ll ever like it any less – celeb is at the beach, either thinks they are all alone so it’s ok to go topless or just doesn’t care who sees, but either way, what we get is boob-out action in the natural beach setting.  We’ve seen everyone from Miley Cyrus to red hot MILF Brooke Burke take their tops off at the beach without a care, and even Kelly Brook let her legendary boobs free for all to see without even trying to cover up, and now Kelly Rohrbach is another great addition to that list.

It seems that Kelly falls into the category of not thinking anyone was watching her since she only briefly bares her boobs as she attempts to get a full back tan. Beyond Kelly’s full-on topless boobs, her bikini shows off her entire body and delivers some great ass shots as  well.

Kelly Rohrbach had major shoes – er – bikini tops to fill with her role as C.J. Parker since Pamela Anderson  really did set a standard in that role, but it’s great to see Kelly’s natural ladies out and about.  Here’s to hoping Kelly decides to go topless in a movie or TV show next; for now, here she is pretty much naked at the beach: