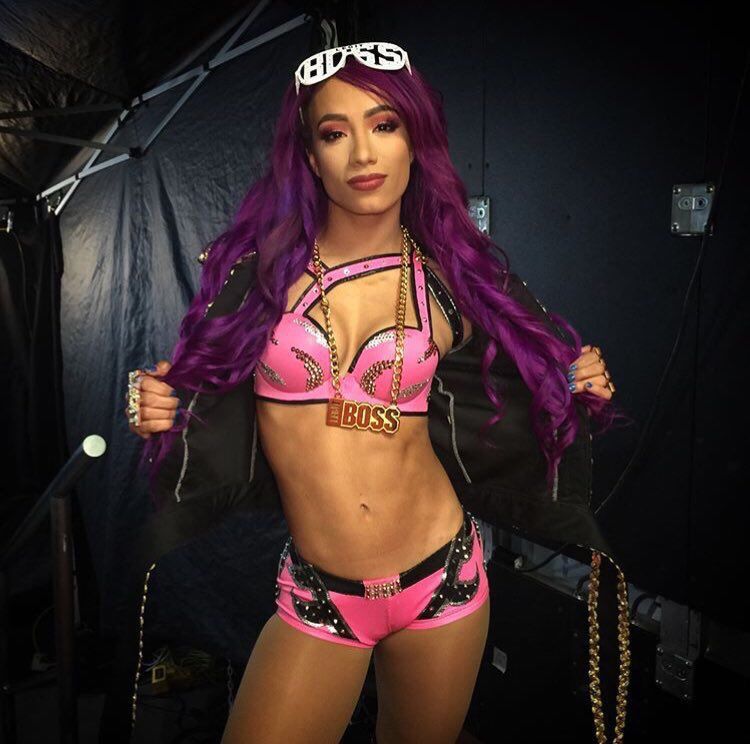 It seems that every time we post about one of the women of wrestling these days, it’s always about a nude leak or some risque photos from years back. In the late 90s/early 2000s, a lot of the sexy content was happening right on the shows, but these days if we want to see the ass of a star like Sasha Banks, we have to rely on a good old wardrobe malfunction.

Just last week WWE garnered a lot of attention for doing a backstage segment where Alexa Bliss was caught topless backstage (with her tits completely covered and only her bare back was showing or else we would have featured it here.) The segment has many people thinking that more risque content and the women showing skin is something that a lot of people still want to see. WWE seems to finally be understanding that, although Sasha Banks wardrobe malfunction was handled horribly.

What’s that? You didn’t see Sasha Banks’ shorts down and her bare ass on RAW? That’s because the majority of people were blacked out when it occurred as the censors on USA tried to deprive us. Thankfully the ass shot did make it through to some people and we’ve hunted down photos of the incident.

So who’s to blame? Is the USA Network afraid to show a bare ass? Is WWE still wanting to hold on to their TV-PG ties? Something like this really stirs up interest because Sasha Banks always comes across as wanting to be a great wrestler and not a “Diva” like past generations. While that’s all well and good, we still want some sexy content and seeing Banks’ ass on Monday Night RAW was a very welcome sight.

The malfunction went down during a match on RAW with Banks and Bayley taking on Natalya and Ronda Rousey. As Banks reversed a powerbomb attempt, her shorts came completely down and her ass was briefly exposed. She appeared to be wearing a thong of sorts but it didn’t leave much to the imagination. The only negative is those tights that WWE apparently makes women wear under their gear, there was much more Sasha Banks ass to be seen had they not been there.

So is there any chance this was WWE’s way of working in some sexy content into the show this week and USA just didn’t know about it? Probably not. Banks showing her ass is something she probably wouldn’t agree to (at least not yet, until WWE’s ratings decline to the point they absolutely need more tits and ass on every show.)

Here are some shots from the footage we hunted down of the Sasha Banks wardrobe malfunction that gave at least some viewers and eyeful of ass: